A Long and Winding Road 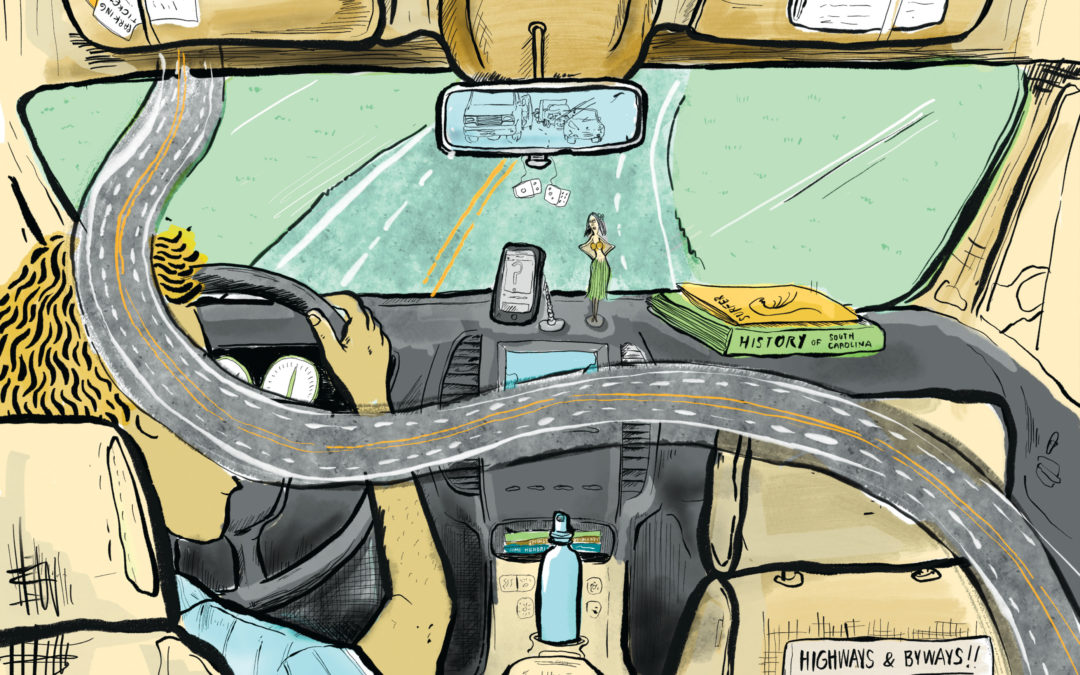 State agrees to fund its portion of I-526, but there’s still a long way to go

A journey of a thousand miles may begin with a single step, but there’s been so many faltering starts in building the remaining eight-mile section of I-526 some wonder if it will ever get built.

Last month, the S.C. State Infrastructure Bank, which funds big roads projects throughout the state, voted to commit $420 million toward the completion of the project.

Last year, however, the bank backed out of a similar commitment, saying local governments hadn’t pulled their weight. Last summer, Charleston County sued the bank over what they saw was the state welching on its promises.

But even with the state’s $420 million promise securely in hand, there are still questions as to whether the project will go forward. Next up is a thorough picking-over by the state Joint Review Board.

Even if the JRB approves the project, the county would have to find the remaining funds, estimated years ago to be an additional $300 million. Local half-cent sales tax collections are expected to be the primary funding vehicle, but there are opportunities for the county to get funding from other sources.

City Councilman Vic Rawl, who spearheaded the renewed effort to get 526 completion back on track, says that federal resources will be applied for. Thankfully, he says, the new agreement with the state says that the county’s portion can be reduced by outside contributions.

Rawl also sees a raft of potential obstacles for the project going forward. He says that on top of potential legal squabbles with the state concerning oversight of the project, right-of-way and environmental lawsuits could slow progress.

Additionally, Rawl admits that no one has an absolute idea how much the project will cost, its exact route, or how fast vehicles will be able to drive on the new section. Apparently, federal money from certain pots come with certain strings which could put a governor on speeds on the new stretch of roadway.

That means the county may be faced with a choice of taking a smaller amount from the feds in exchange for being able to maintain local control over speed and style road.

Rawl says there’s no timeline for building the extension, much less any bids yet to do so. At best, he says, locals could hope for “shovels in the ground” in as short as two and a half years.

Regardless if all those questions are answered, Jason Crowley still thinks 526 completion is a terrible idea. Crowley is the communities and transportation program director for the S.C. Coastal Conservation League, one of the most effective conservation groups in the state.

Crowley holds that tapping the half-cent sales tax coffer is a bait and switch, that the public had been told that money was already designated for a host of infrastructure projects across the county.

He worries siphoning money from the half-cent would hamstring projects like creating an express bus system linking the burgeoning “north area” of the county with its more established, more dense areas.

Crowley wonders if there will be enough money to also provide the flooding relief everyone is asking for and that many local politicians are promising. And he still believes that building a new road will not lessen traffic, but it will hasten the destruction of the area’s remaining rural nature.

County Council chair Elliott Summey wrote recently that there will be enough money for all the projects, including completing 526. Summey, who represents North Charleston, had been chair when the deal went off the rails a few years ago, and may have nudged it with differences between his public and private comments on the project.

Regardless of the obstacles and all that remains unknown, both Bill and his son Brantley Moody like the new start. Bill represents West Ashley on Charleston City Council and Brantley on County Council.

The elder Moody says it was time for the county to take control of the project, because as long as it was left up to Columbia, it was never going to get built. He also hopes the plan is to stick with an “interstate” model going forward, as its 55-mile-per-hour speed limit would likely carry motorists bound for James and Johns islands off West Ashley streets more quickly.

Brantley, who campaigned that he would fight for 526 completion, says this was a “huge win” for West Ashley, especially for the 75 percent of residents who wanted completion.

So, there we have it. The county and the state have taken a first step. What’s next and when is the next step going to fall? Ummm … stay tuned.