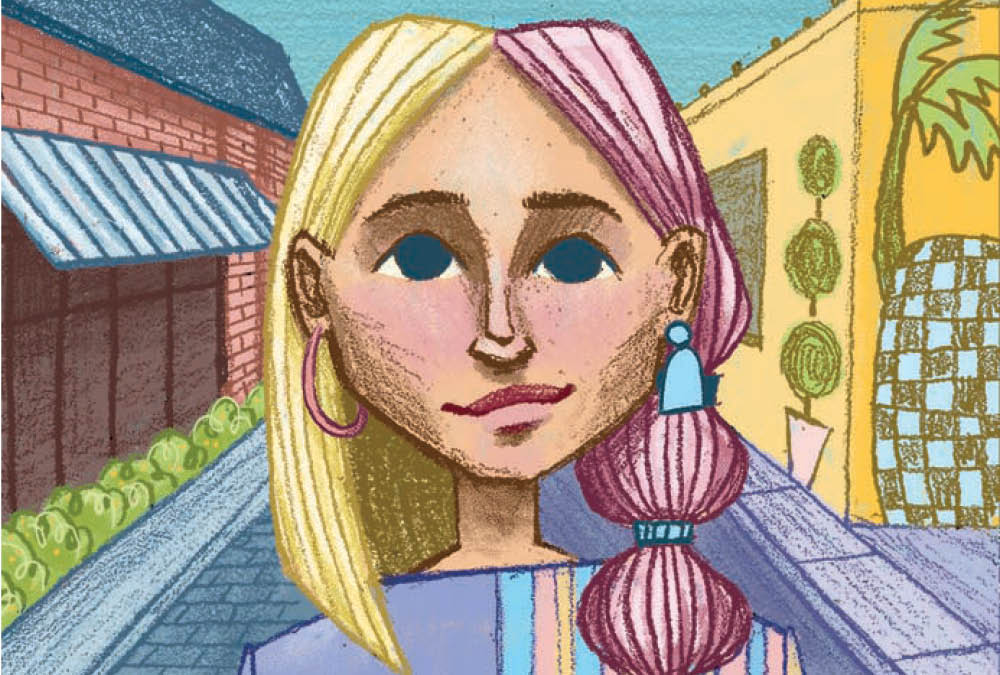 It may be harder and harder to recognize West Ashley in the coming years.

Last month, the S.C. Chapter of the American Planning Association recognized the quality of living and life in the Ashley Bridge District.

The district is comprised of the seven neighborhoods closest to the Ashley River, from Byrnes Downs down to the Crescent.

The state planners tipped their collective berets to the design of the district which strikes a harmonious coexistence with nature, while also allowing for livability, connectivity, and authenticity, along with a host of other words Joe Riley taught us when he was mayor.

That shopping center showed that local businesses can absolutely thrive in Charleston’s competitive shopping market thanks in part to excellent connectivity afforded by local roads and nearby access to the West Ashley Greenway, according to the award.

Pohlman pointed out that the application for the inaugural award was submitted before Earth Fare left, and the award came after EarthFare returned to the shopping center.

That’s not the only place in West Ashley that’s turning its face to the sun. Around the corner in the Avondale shopping district, stalled work has resumed on the 10,000-square-foot  Victory.

Victory, which used to house a cancer thrift store on Savannah Highway, is slated to become three to four commercial businesses, as well as a shared office space upstairs in the back facing the alley.

Sanders Chapman at Twin Rivers Capital, which is redeveloping the spot, says that ideally his company would like to welcome as many as two restaurants to the spot. “It depends on usage and who wants to come in, before we put in that final wall,” he says.

A poke restaurant has already signed a lease, says Chapman, who likens Avondale to other successful hip areas in other cities like NoDa and Plaza Midwood in Charlotte.

For years, City Hall has been touting Avondale as the “gold standard” model for revitalizing West Ashley. And if one local group gets their way, it may an even more exclusive shopping area.

Lauren Gellatly, director of operations at Lowcountry Local First, is leading an exploratory effort to ban “formula” businesses from Avondale. Their preference is for it to remain a locally-anchored shopping district.

While she acknowledges that national chains tend to have higher credit ratings and rent checks aren’t as likely to bounce, Gellatly argues that if care isn’t taken protecting Avondale’s local vibe, then it could in the future be overrun by out-of-state businesses.

Gellatly prefers a “proactive” solution to protecting local merchant’s hold on the area, versus a moratorium after it’s already too late.

She points out that the hard work the local owners put into their businesses, coupled with their connectedness to the community, resulted in the district faring better than a conglomeration of national chains would have fared.

“Chains, if they have a store that is a billboard in a community, then they are the first to get out in tough times, because to them it’s just a line on a spreadsheet,” she says.

Gellatly has a surprising supporter in this fight. Ed Kronsberg is the property manager for Ashley Shoppes, which includes Mellow Mushroom, Al di La, Pearlz, and others; as well as outbuildings like DB’s Cheesesteaks and Kaminsky’s Dessert Café.

“I’m all about keeping it local,” says Kronsberg. “I know I’m supposed as the landlord to say, ‘I love all the stores in the area,’ but I’m thrilled we’ve stayed local.”

Chipotle, for instance, just opened a streetlight down Savannah Highway. Kronsberg likes it right where it is and not next door to one of his tenants.

City Councilman and chair of the West Ashley Revitalization Commission Peter Shahid likes the idea, but has some practical reservations.

“No formula or no chain store sounds good in principle as something to work toward,” says Shahid, whose families owned and ran stores in West Ashley for years. “But we can’t do it at the expense of limiting other opportunities.”

Shahid says that the last thing Council or the WARC wants to do is to cut off economic opportunity this side of the river by saying certain stores can’t come to certain parts of West Ashley. And as a downtown lawyer, Shahid says he also worries about infringing on property rights.

Gellatly needs to get the idea to and through the WARC, which will make a recommendation to City Council going forward.

West Ashley planner Pohlman takes pains not to take sides on the idea, waiting to see what gets handed to his office by Council. He says another solution may be to offer incentives to local businesses to set up shop in Avondale, rather than create disincentives for national chains to locate there.

But is Avondale really the “one design fits all” for West Ashley’s revitalization? Consider the obvious success of the West Ashely Circle Shopping Center that is anchored by a Harris Teeter on Bees Ferry Road at the entrance to the Grand Oaks Plantation neighborhood.

One longtime Grand Oaks resident who commutes to downtown says that the traffic in and out of the new shopping center is so intense in the morning, he has to budget an additional 5 to 10 minutes so he arrives at work on time.

And that shopping center is a far cry from the Avondale model. It’s obviously part of a planned urban development, with stores ringing an inner square of parking.

Shoppers and diners are forced to circle the lot like vultures looking for an open space. And with more apartment complexes nearby about to come online, its popularity will only increase.

“It doesn’t matter if a store is a chain; what matters is the quality of the product,” he says. And the product at the new shopping center is good, as several stores have left other spaces in West Ashley to relocate there, including a Jersey Mike’s making the move from Magwood Drive.

So, while the bones of West Ashley haven’t changed much, it sure has been getting a lot of “work” done. If done right it will look natural and work for everyone involved.

If not? Two words: Mount Pleasant.