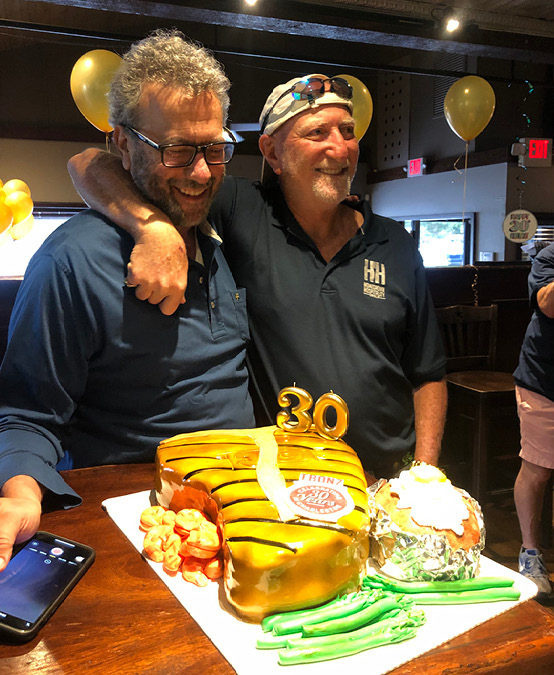 Everyday, there’s some website declaring to have the definitive list of “The Most Quintessential Charleston Restaurants” or some other ridiculous click-bait title. It will undoubtedly include all of the hot new spots, many of which will be closed in a year or two or not even resemble its current incarnation. One restaurant you likely won’t see on any of these lists, however, is TBonz Gill and Grill. But for thee decades, there’s probably not been a more quintessential Charleston restaurant than the longtime Lowcountry staple.

In 1989 when TBonz opened its first Charleston restaurant on Old Towne Road in West Ashley it immediately became a major part of the Lowcountry dining scene, a scene that has since exploded onto the national consciousness as a culinary destination. And while many restaurants continue to chase whatever the hip new dining trend of the moment is, TBonz has remained steadfast in its concept and in its execution.

Owners Mark Cumins and Jerry Scheer don’t need to measure their success based on the blessing of food bloggers. They’ve been doing what they do before smart phones existed and before most people even had a personal computer. Since the opening of that first Charleston restaurant 30 years ago, Cumins and Scheer have since grown their commpany to open more than 20 restaurants under the Homegrown Hospitality umbrella, including Pearlz Little Oyster Bar, Kaminsky’s Dessert Café, Liberty Tap Room & Grill, Liberty Brewery & Grill, Rioz Brazilian Steakhouse, Flying Fish Public Market & Grill, and the Barksdale House Inn. They were leaders in the craft beer movement, offering homegrown ales at all their restaurants long before the explosion of breweries across the Lowcountry.

Last month TBonz celebrated it’s 30th anniversary with a big party and oyster roast where it all began right here in West Ashley. Past employees and longtime customers turned out to celebrate along with Cumins and Scheer who remain humble about their success.

“Jerry and I didn’t know any better. We didn’t know we couldn’t succeed,” says Cumins. Scheer echoes his longtime business partner’s sentiment. “We fumbled successfully. I think we were too dumb to know better,” he adds.

“One thing I’ll say about West Ashley customers is that the support has always been there,” says Scheer. “We’ve seen a lot of the same people over the last 30 years.”

One of those longtime customers is Patsy Lovingood, who lives close by in Norhtbridge Terrace and says she was one of the first costumers at the restaurant and is still there several times a week. “There are two very good men who run this place,” she says of Cumins and Sheer. “They have been very good to this community.”

Lovingood recalls that right as TBonz was opening Hurricane Hugo hit Charleston and they did their best to feed people in the surrounding neighborhood.

“Hugo kind of defined us,” says Scheer thinking back on those early days. He and Cumins boarded up the windows of their brand-new business and reluctantly headed out of town, where he watched the damage unfold on television. They immediately returned to Charleston to find quite a bit of damage.

“It looked like a bomb went off in here,” recalls Cumins. “The entire exhaust system was destroyed, the register was full of water, the floors were all buckling. We were without power for 12 days.” Their shiny, new sign blew away and to this day has never been seen again.

Despite dealing with their own issues, the young restaurateurs had the local radio stations broadcast that anyone in uniform — police, emergency responders, or even folks working on power lines — could come by the restaurant and they would feed them. “It was the right thing to do,” says Cumins.

That sense of community is not something that Cumins and Scheer have lost over three decades of success. “We have a commitment to this community,” says Cumins. More than just a commitment to the community, Homegrown Hospitality is a huge part of the West Ashley community. Not only is their first restaurant still operating in its original Old Towne Road location, but they also house their corporate headquarters right next door. Pearlz Little Oyster Bar and the most-recently opened Kaminsky’s Dessert Café are located in the Avondale Business District.

In 30 years of business TBonz and Homegrown Hospitality have provided countless jobs for people in West Ashley. Lynn Freehill has worked at the West Ashley Tbonz for 21 years as a server and bartender.

“Working here a lot of the time doesn’t even feel like work. It makes it fun,” says Freehill. “It’s spending time with all of the friends that I’ve met over the years.”

A lot of those friends have become like family to Freehill. And some of them are actually family. Her daughter also now works at the restaurant.

To survive three years in Charleston’s tumultuous restaurant business is quite a feat. To thrive for three decades is something truly something to celebrate … perhaps with a perfectly grilled T-bone steak  and some Tommy Texas Cheese Fries.