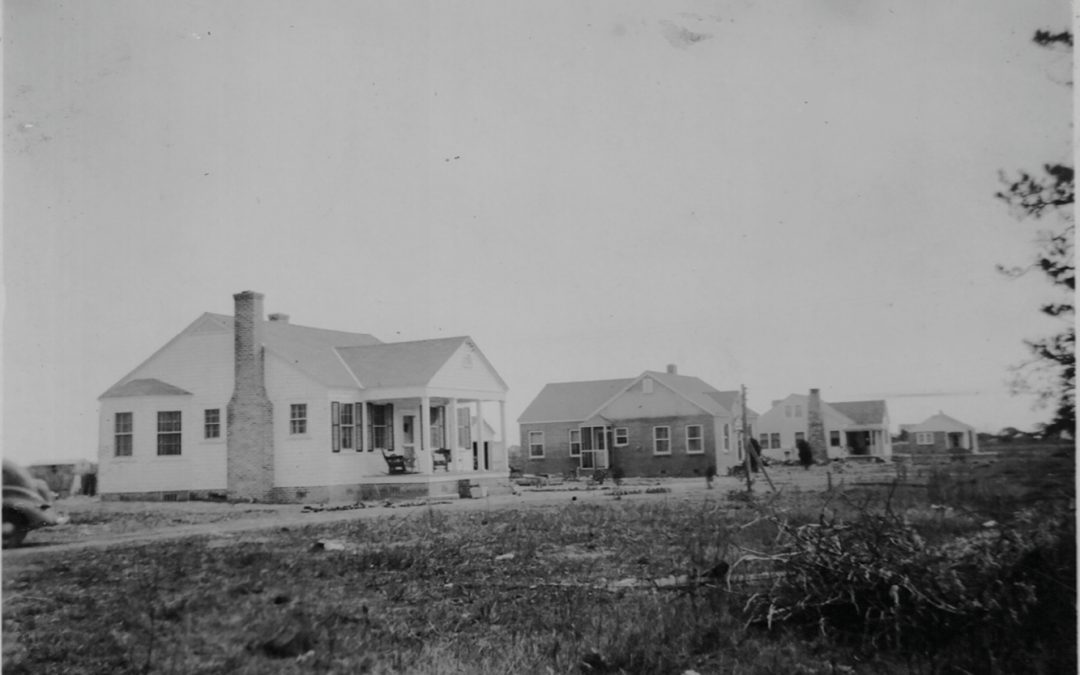 The family that built one of West Ashley’s oldest neighborhoods

At the end of every West Ashley Flashback there is a question that takes many forms but in essence says: “Can you add to the story?” The question is followed by a simple request: “Contact Donna at westashleybook@gmail.com”.

The fun starts when the question has an answer and the request is honored. After the first of the who-knows-how-many-part series where I started at the beginning of the journals/milk crates/digital information and have been sharing random small tidbits entered over the last 10-plus years of listening and writing about the Parish, I received an email from Joanne Harrison.

Joanne’s husband is Michael “Nip” Harrison and his family owned the land that would become Stono Park and Hoff Gardens. His grandfather was Randolph Tucker Harrison, the brother of Joseph Morgan Harrison. These two men played prominent roles in the history of St. Andrew’s Parish especially with respect to truck farming. Time to delve deeper into the Harrison story.

It’s rare to see the use of full names or “Jr.” except in legal documents. Thus, it was a bit confusing to decipher exactly which person was the subject of the story, until one is handed the family tree by a family member and then clarity arrives.

The Harrison brothers were half brothers and were born in Norfolk County, Vir, Joseph in 1870 (or 1871 depending on which record you look at) and Randolph in 1885. The explanation for why they chose to migrate to the Lowcountry of South Carolina in the early 1900s is still a mystery.

One article on Joseph Morgan Harrison indicates he arrived in 1900 and was employed by W.C. Geraty of Yonges Island.  The family story is that Joseph convinced his brother to move and help with his many farms — he owned 1,000 acres with 700 being cultivated.

Randolph Tucker Harrison’s obituary states that he came to Charleston as a boy, so if Joseph came in 1900 he would have been 30 and if Randolph followed soon after Joe purchased land in 1903 he could have been as young as 18.

Once in the Lowcountry, Randolph Tucker Harrison — the brother — marries the young Guillelmine Elizabeth Pinckney of Yemassee in 1914. They have two children: Randolph Tucker Jr. and Guillelmine Elizabeth. (Pay attention or you can get lost!). They lived on Wappoo Road, one lot back from the corner of Savannah Highway and Wappoo Road. The rest of the land was farmed.

One popular custom for Lowcountry landowners was to “summer” in the mountains of North Carolina in order to escape the heat and humidity of the area. Hendersonville, N.C. was a popular location and the Harrison family enjoyed their time there.

Unfortunately, Randolph Tucker Harrison Sr. passed away in 1925 leaving a young wife and two children. Guillelmine Elizabeth Pinckney Harrison remarried to Charles Irvine Rogers and they had one daughter, Sarah — also known as Sally. Guillelmine must have continued the custom of summering in Hendersonville because her son, Randolph Tucker Harrison Jr., met his future wife, Opal Anders in Hendersonville.

Randolph Jr. and Opal were married in 1939. Opal’s parents ­— Ott and Pearl Anders — must have been seduced by St. Andrew’s Parish and the Lowcountry because they moved here with their 9 children. Ott built two stone houses on Savannah Highway in Stono Park. The stone was imported from Hendersonville.

Guillelmine Elizabeth Pinckney Harrison Rogers may have been somewhat of an entrepreneur. She inherited her husband’s land after his death in 1925 and in 1932 she submitted a “Plan of a Portion of Stono Park” to be recorded with the Register of Mesne Conveyance.

Interestingly, all the streets were named for extended family members: Pinckney for her family, Pearlott for Pearl and Ott, Opal for her son’s wife, Sally for her daughter, Harrison for husband, and Randolph Park for her husband.

Ott Anders had skill in construction and had devised a new method for plastering interior walls. Her son, Randolph was also handy with a hammer. The Stono Park dream team was formed. Guillelmine was also known to be quite the character. When she parted ways with Mr. Rogers, she decided to build herself a new home on Huntley Drive (originally platted as Rogers Drive) in Hoff Gardens adjacent to Stono Park. There was originally a farmhouse and horse stables on this large parcel of land and Guillelmine’s father resided there in his later years until his passing.

The farmhouse was torn down; all that was kept by the family was the bell. Guillelmine built herself a new home that included amenities – a swimming pool and a bomb shelter. Guillelmine Elizabeth Pinckney Harrison Rogers lived an adventure filled life until 1985; she was 87.