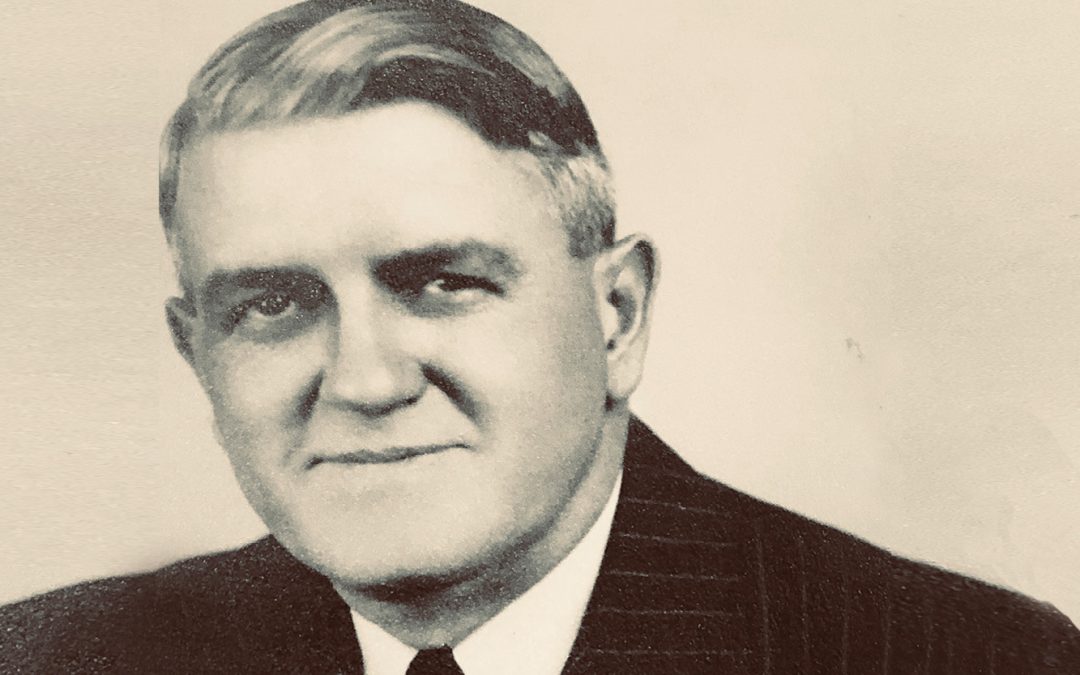 Note: This West Ashley Flashback is written by yours truly with some recollections which Leonard Long, Jr. provided respecting his grandfather, Leonard Darlington Long, known as ‘LD.’

That J.C. Long built Byrnes Downs is a popular, often told story — one I heard while doing the background research for my book Byrnes Downs. One problem with the story, J.C.’s name was not a part of any of the official records concerning the building of Byrnes Downs, curious as the story has widespread credibility in our community.

Twelve years ago, prior to the digitizing of plats, deeds, and newspapers, it took a minute to discover through first-hand interviews that J.C. Long indeed had nothing to do with the owning, building, or selling of Byrnes Downs’ 360 homes, but two other Longs, L.D. and L.L., did. When Byrnes Downs was published in 2008, this is all that was known of the story.

Fast forward to 2019 and last month’s West Ashley Flashback, Part 5 of my “Tidbit Tales” in a who-knows-how-many-part series. I started at the beginning with the journals/milk crates/digital information, and shared random tidbits entered over the last 10 plus years of listening and writing about the Parish.

The mention of L.D. Long in conjunction with the usual question: “Can you add to these ‘Tidbit Tales’? Contact Donna at westashleybook@gmail.com,” started an “e-conversation” and an offer from Leonard Long Jr.: “If you might sometime like to fill in a few blanks, it would be my pleasure.” It was time to sort out the initials and set the story straight. So we met for breakfast, and soon got down to family happenings of the last century or so.

Leonard Darlington Long (a.k.a. L.D.) was known affectionately as “Papa,” by Leonard Jr. and the eight other of L.D.’s grandchildren. The story of the LD Long family and its impacts on the early suburban landscape of St. Andrew’s Parish is a bit ‘longer’ than their initials commonly used in print when referring to these talented men.

This story begins in Florida where the Long brothers were born – L.D. in 1896 and J.C. in 1903. L.D. stepped onto a career path early, working as a carpenter with his father, John E. Long, apprenticing in an architect’s firm, enrolling in the Fred W. Dobe School, and obtaining his architect’s license in Florida.

By the time he persuaded his extended family to move to the Lowcountry in 1917, L.D. was already the head of his own construction company. He came to develop a naval landing craft at the Navy Yard he’d designed. But the war ended, and his career in building things began.

J.C. pursued a successful career in law after skipping college and graduating from Law School at USC in 1925. Famous trials soon followed in both criminal and civil matters, one written up in the well-known non-fiction book Charleston Murders.

J.C. in time would try 15 or more death penalty murder cases, almost all with African-American defendants, winning acquittal in each.

His dramatic personal injury jury arguments had people lining Broad Street to get in to listen for even a few minutes. Serving as a State Senator and City of Charleston Council member were enjoyed pursuits, but it was the field of real estate development which would consume most of his business time from about 1945.

J.C. would develop Ashley Forest, the Sergeant Jasper apartments, the Isle of Palms — and dozens of other projects here and well away from Charleston — but not Byrnes Downs. Two other close J.C. Long relatives did: (a) L.D. Long, the architect /builder, and (b) Leonard L. Long, an attorney in his uncle J.C.’s firm and L.D.’s oldest child.

Byrnes Downs was just one of the many development projects of the V-Housing Corporation, a Long entity with L.L. Long as the Secretary of the corporation formed in January, 1942.

L.D.’s construction company, the Long Construction Company, would build these brick ‘bungalow’ homes that have endured the test of time. L.L. moved his family into one of the early homes on Lyttleton Avenue, and they resided there for several years with L.L. practicing law on Broad Street with J.C. and serving as an officer in his father’s corporations.

There’s a curious aspect to this story. The land that would become the neighborhood of Westwood was originally part of the plat submitted for Byrnes Downs in 194? (the last digit is torn from the plat, but newspaper articles appear in April of 1942 about the project). The first approximately 360 Byrnes Downs homes were built on the south side of Savannah Highway.

There had been a plat recorded for this northern section entitled “Byrnes Downs” surveyed by John McCrady Co. dated April, 1947 which depicted homesites across the highway from the Byrnes Downs homes.

But it appears this original idea got altered. The John McCrady Co. resurveyed the land in April 1948 but now the plat is titled “Blocks A, B, C, D, E, and F Westwood.”

In the September 24, 1949 edition of The Charleston Evening Post a full-page advertisement showed this plat and the price of each lot being offered for sale by The Long Corporation.

In January 1950 a Public Notice appeared in the newspaper announcing that the Westwood Corporation would be applying to the Secretary of State for a charter. The Incorporators were listed as L.D. Long and Leonard L. Long.

In March, 1950 an ad appeared in The News and Courier: “Westwood Charleston’s Newest Subdivision” with the enticement – “These lots are going fast. Just opposite Byrnes Downs on Savannah Highway.”

By this time not only was farmland in St. Andrews Parish rapidly becoming much-needed home development at fair pricing, but L.D. Long was gearing his construction company and lining up financing channels in New York City to prepare to enter several far larger, more consuming housing markets beginning in Atlanta.

In addition, Leonard L., who had grown up in Charleston and elected to the House of Representatives in Columbia while in Law School, moved his family back to Atlanta in 1948 (where he had been a Navy pilot instructor during the war) to join his dad in the latter’s ambitious construction plans for Atlanta.

Byrnes Downs, named for L.D.’s old friend James Byrnes, was behind him. Westwood, formerly the northern portion of Byrnes Downs on the plats would become the last sales exercise as complex Atlanta development, zoning, and construction matters had moved to the front burner.

It’s now 101 years since L.D. moved to Charleston from Florida. Before he left here, businesswise, by the late 1940’s L.D. Long had shown what many hundreds of jobs over several decades and dwellings for thousands of Charlestonians would engender and create for the middle-class workers he respected greatly. Many were solid, middle-class workers just back from winning the war that was essential. They were — over his 50-year career — the primary, indeed exclusive, economic niche of Americans for whom L.D. built dwellings.

In Atlanta, Miami, and five Puerto Rican cities of our then new Commonwealth, the quantities of homes L.D. would build there (almost 19,000) and high-rise apartment buildings named The Darlington (seven from 14 to 30 stories tall, thousands of apartments), and one in Atlanta named The Howell House (his father-in-law’s last name), for years that city’s tallest structure were staggering statistics. They may seem to leave what was accomplished here for 28 years as a mere footnote.

After all, L.D. would never build here again. He passed away in 1970 in Atlanta. Yes, he had had a fruitful, diverse, rewarding life that he much enjoyed. But in his heart Charleston held the highest place; here were his beloved brother J.C., his wife and parents for years and much family; his oldest friends whom he never forgot; here were the people for whom he worked hard for as a young man, seeking to prove his mettle, and for whom his respect never ceased or waivered.

By any reckoning, L.D. Long laid the foundation and template for ‘building at scale’ diverse, attractive homes, schools, WPA housing projects, churches, and apartments for post-Depression and later post-WWII citizens. Today, these still add much to the Charleston scene from The Darlington Apartments on Mount Pleasant Street south to Murray Boulevard homes. The Darlington building is known today as Joseph Floyd Manor though Mr. Floyd, once the County’s Housing Authority Chair, had, respectfully, no role in creating the 160 apartments on 14 floors on Mount Pleasant Street. ‘Darlington’ was L.D.’s mother’s maiden name; she had emigrated to Florida from Birmingham, England in the late 19th century.

In essence, Mr. Long provided a successful basis residentially for other business ventures by entrepreneurs to thrive which would further add to the story of how St. Andrew’s Parish became the stable, burgeoning suburban community of 2019.