West Ashley Flashback  — Taking a Peak Into Peek’s Past 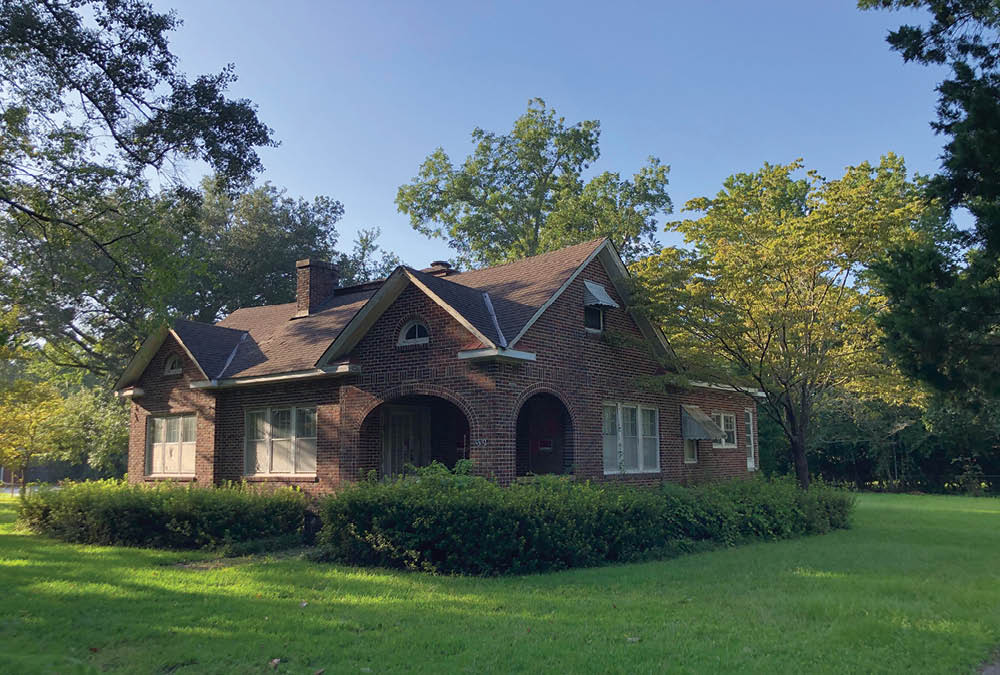 Tongue-twisters and Easter eggs hidden in the history of St. Andrew’s Parish

Exciting Update: As this newest West Ashley Flashback about Isaac D. Peek goes to press, the community has learned that the South Carolina Department of Archives and History has reviewed a Preliminary Information Form for Peek’s home at 1332 Ashley River Road and has determined that it meets the criteria for individual listing in the National Register for Historic Places under Criterion B at the local level of significance. Stay tuned for the next steps in the process!

Humor. There are suggestions throughout the modern history of St. Andrew’s Parish that the community had a sense of humor. They left us “Easter eggs” to find and although we may not learn the whole story behind the humor, we can still chuckle. Who doesn’t need a smile right now?  Maybe we can even learn a bit more about the people that formed this community and who were the subject of the jokes.

Everyone knows of Pike’s Peak in Colorado, the highest summit of the southern Front Range of the Rocky Mountains. But do you know about Peek’s Pike, or the man who inspired a project by this name, or the street given this name?

Isaac D. Peek moved to Charleston in 1923 at the age of 33. He was born and educated in the neighboring state of Georgia.

A “peak” into his life illustrates a commitment to the community that was growing in St. Andrew’s Parish west of the Ashley River. According to his obituary, Peek wore predominantly two hats — a civic duty hat and a businessman’s hat. His civic duty included his time as a member of the South Carolina House of Representatives from 1936 to 1942, his service as the Secretary of the County Delegation, and his position as the State Highway Commissioner of the Ninth Judicial District.

During his time representing St. Andrew’s Parish in the House of Representatives Peek was a strong advocate for the area. One article published in the Oct. 17, 1937 issue of The News & Courier illustrated this advocacy with a tongue twister of a headline: “Peek’s Pike Paving Program Pledged.”

A “well-graded highway fifty feet wide” to be known as Gardner’s Road was planned for the area near the St. Andrew’s school on Wappoo Road. The project was named “Peek’s Pike” because of his dedication. (Not to be confused with Peeks Pike the road in Avondale.)

This was not the only road improvement that Peek, now as the State Highway Commissioner of the Ninth Judicial District, diligently worked on. He wanted to see the paving of Highway 614 (currently known at St. Andrew’s Boulevard or Highway 61) from the Ashley River Bridge along a 2.6 mile stretch that passed the Prisoner of War Camp, Maryville and continued beyond the fork at Old Town Road.

The earth grading of this road had begun during 1941 and Peek wanted to see the project completed in the post World War II era. A 1945 article in the The Charleston Evening Post once again illustrated Peek’s advocacy and determination for this project. Senator Oliver T. Wallace was not happy with the paving project, as it seemed to him that other projects should have higher priority. He noted that Peek owned most of the property along this stretch of road and “there was ‘hardly a house’ along this road.” A curious statement since Peek’s home at 1332 Ashley River Road, which was built in 1939, was almost exactly 2.6 miles from the bridge and probably one of the very few in the area. 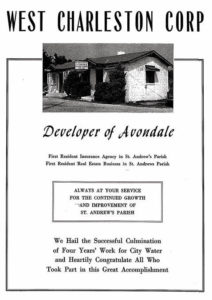 Peek’s time as a businessman included serving as the vice president of the Palmetto State Life Insurance Company before resigning in 1942 to devote his professional time to the development of the Avondale subdivision. William Means had applied for a charter for the West Charleston Corporation in 1939 for the purpose of real estate development.

Peek served as the President and Treasurer of the West Charleston Corporation. The Corporation purchased the 177-acre tract in 1940 that would become the Avondale subdivision. An undated plat of the Avondale subdivision bisected by the new SC Highway 614 included a small triangular park near the Ashley River named Peeks Park and one of the new streets laid out in the subdivision was named Peeks Pike. Peek was prominent in the Parish and his legacy would be maintained in the subdivision where he focused his attention.

Peek and Means were also forward-thinking in that they envisioned a model community. In addition to housing in Avondale, they designed an area for businesses and shopping with an eye for full-service and minimum duplication. In the undated plat, doodling can be seen on this parcel and eight lots are identified. The first bank and post office were constructed on lots in the triangular parcel along Savannah Highway and Avondale Avenue.  They worked to avoid a  “boom town stigma,” wanting Avondale to “become a flourishing center which could take care of Charleston’s overflow,”  according to a 1951 News & Courier article that extensively reviewed the upcoming facelift for the Avondale Center.

Avondale flourishes today because of the dedication of these men and lives on in both the residents and businesses of the community.

Do you have St. Andrew’s Parish stories? Contact Donna Jacobs at westashleybook@gmail.com.