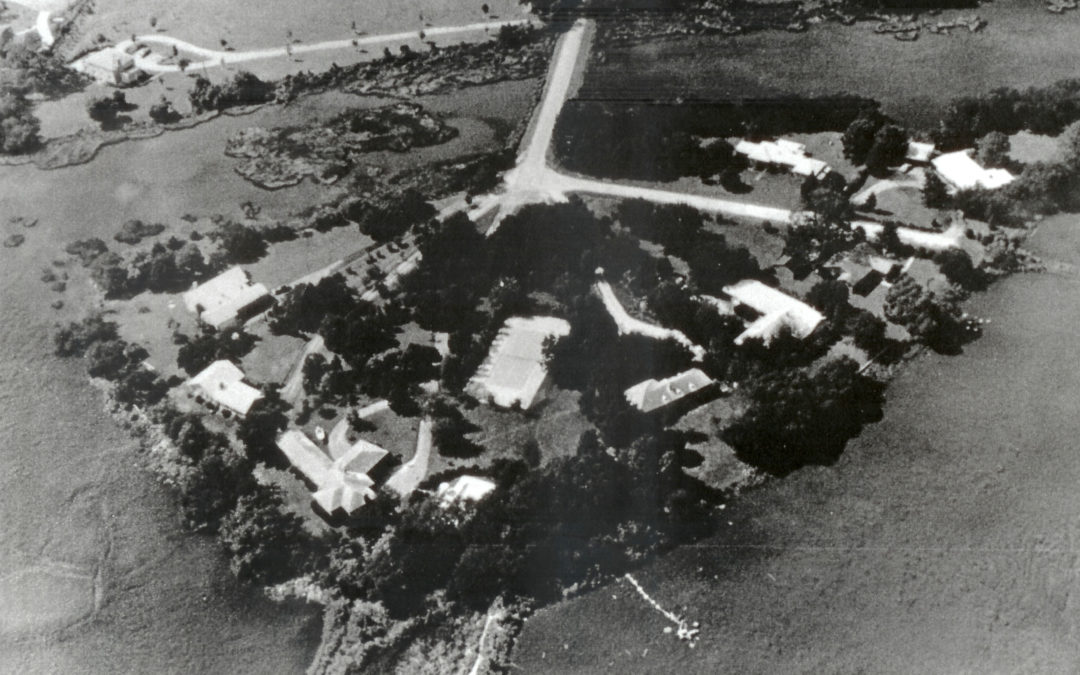 Last month, I wrote about how many first sentences have developed into stories from St. Andrew’s Parish. Elements of these stories fill five journals, two milk crates, and over 10 GB of digital information.

This is Part 2 of this who-knows-how-many-part series where I’m going to start at the beginning of the journals/milk crates/digital information and share random small tidbits entered over the last 10-plus years of listening and writing about the Parish.

We pick up halfway through the first journal that contains the threads, tidbits, and urban legends collected while interviewing and researching for Byrnes Downs.

Roy Hart’s: It’s a name that evokes food memories like no other. Ask anyone about Roy Hart’s and the conversation about hot dogs, hamburgers, ham salad sandwiches, milkshakes, barbecue, and Miss Virginia will go on for a very long minute. (Conversation with anyone who grew up in St Andrew’s Parish during the 1950s and 1960s.)

Gene’s Haufbrau: The Avondale watering hole has been a hangout in West Ashley since 1952. (Everyone knows this fact.)

Kinghorn Building & Supply Co. of Beaufort submitted the lowest bid of $109,457 for the construction of St. Andrew’s Elementary School in 1949. The school was built in 1950 and had 14 rooms and a cafeteria. (Records office of the Charleston County Schools)

In 1930 Lewis Burk and Fred Jordan submitted an application to the federal radio commission for Charleston’s first commercial radio station, WCSC – Wonderful Charleston South Carolina. The original assignment for the station was to 1310 kilocycles according to the newspaper article that ran announcing the intent to increase WCSC to 1000 watts. Later the assignment would be to 1360 kilocycles and then finally in 1941 to 1390.

The daughters remember their father’s excitement when the telegram arrived at the home announcing the new frequency. Burk and Jordan needed land to locate their transmitter and a location for their broadcast studios. The studios were located on the mezzanine floor of the Francis Marion Hotel and the original transmitter was located in St. Andrew’s Parish on a piece of farmland that Burk had obtained from his brother-in-law, Joe Harrison.

Naming and Re-naming of Street Names

During the early 1960s street names were reviewed for duplication and a process ensued to rename streets so that delivery services and first responders would not run into difficulty because of the duplication.

There’s quite a list of original street names in St. Andrew’s Parish that were duplicates and just as many stories as to how the new street names came to be.

One such story is about how “Notlee Place” was named. There was a Lee Street on the peninsula and a Lee Street in South Windermere. The street that held the name first got to keep the name and the newer street had to find a new name. According to the story, Nat Frisch said if it had to be Not Lee then that should be the new name. (Related to me by a resident of South Windermere)

Siskaya was the name of home in The Crescent built by Alexander Sprunt Jr. He documented all aspects of the construction and the people who visited the home. (Related to me by Jan MacDougal)

Formosa Drive in Wappoo Heights was originally named Azalea Drive. (Related to me by Bill Wallace)

Westwood was supposed to be part of the Byrnes Downs development. (As seen on the original plat of Byrnes Downs)

Harrison Acres: Gus Flood worked for Joe Harrison. He took care of the property that is now Harrison Acres. He and his family lived at the end of Betsy Road. (Related to me by Irene Burk Tezza)

Can you add to these stories?