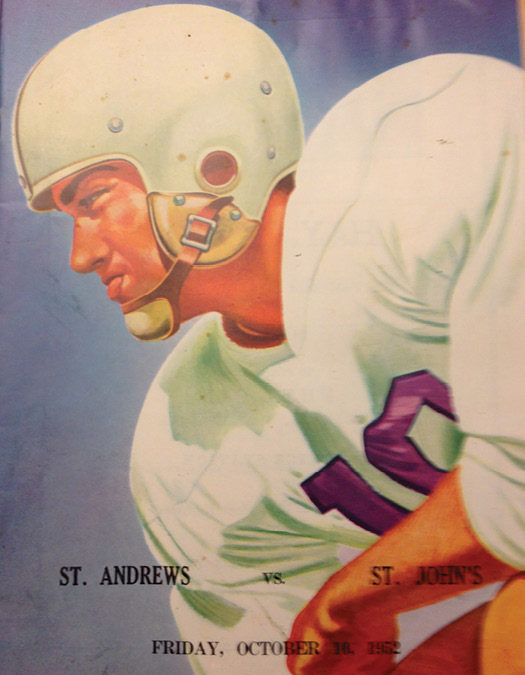 After a trip through the Emily Ravenel Farrow archives, its now time to move into Part 7 of this who-knows-how-many-part series where I have started at the beginning of the journals/milk crates/digital information and shared random small tidbits entered over the last 10-plus years of listening and writing about the Parish.

Some of the tidbits have developed into the 140+ West Ashley Flashback columns. And yet there are stories still waiting to be discovered. Most of the stories have demonstrated that the six-degrees of separation theory is more like two degrees of separation when it comes to St. Andrew’s Parish.

We pick up halfway into the third journal that contains the threads, tidbits, and urban legends collected during 2010 and 2011 while researching for the publication of “West Ashley” – a then new title in the Arcadia Publishing Images of America series.

• John Couch called St. Andrew’s Parish “God’s Country” when we met to talk in December of 2010 about growing up in Pierpont. He recounted that his father, Albert Samuel Couch was one of the first to buy in this new neighborhood because he wanted to get out of the city. Couch recounted his father commenting: “First time I saw it, I knew it was all I wanted.” Hunting at Long Savannah was also a big topic of conversation.

• Jack Eades dug the foundation for his home in Sylvan Shores by moonlight. The house was located at the end of an avenue of oaks next to Oak Lane Trailer Park near Oak Lane Grocery. Along with many stories about the development of Sylvan Shores, Eades remembers POWs held on land that is now Westwood and they worked at the USDA Vegetable Laboratory. Eades had a 37-year career at the Lab.

• Tramway Road in Sylvan Shores was named for the tram that used the roadway to access the phosphate mining area that existed in the area.

• Arthur Bailey, Jr. worked for Southern Bell and was the first resident in Sylvan Shores with a telephone.

• Arthur Bailey’s father, Arthur Bailey, Sr. worked as a Labor Assistant for the agency assigning POWS under a Certificate of Need to work on the farms in St. Andrew’s Parish.

• Nancy Vick grew up in Windermere. She recalls owning an Annie Oakley rifle that was purchased at Kiddyland.

• Bill Brockenfelt played football for St. Andrew’s Parish High School. He has very fond memories of his time at the school during the mid 1940s. After the fire that damaged the auditorium in 1978, it was decided that the school should be demolished. During the demolition a lot of paper debris was noticed by a foreman and placed in a separate area. Brockenfelt learned of this while attending a meeting at the Athletic Department and returned with his wife to salvage the paper debris. This “debris” turned out to be the scrapbooks of Bernard Hester, the beloved Principal for many years. Today, two of the scrapbooks reside at the College of Charleston’s Special Collections. One scrapbook went missing after a School reunion, hopefully one day it will join the others at the Special Collections.

• Buddy Watkins and his brothers worked for Roy Hart at his Avondale location. Watkins also helped open the Folly Beach location in 1964. If there was a red star on your order ticket your food was free!

• Cecil Kearse was a great storyteller and full of funny one-liners: “You want something done – you talk to the preacher or the banker.” Kearse helped open the first bank west of the Ashley River.

• What is the story behind “The Gift House” – a new modern home to be given away in Carolina Terrace in the 1930s?

• Who was a member of the West Ashley Civitans?

• Which Bootles BBQ did you enjoy – the first one located right across the Ashley River Bridge or the Drive-In that opened further down Savannah Highway in 1955?

Can you add to these “Tidbit Tales?” Contact Donna Jacobs at westashleybook@gmail.com