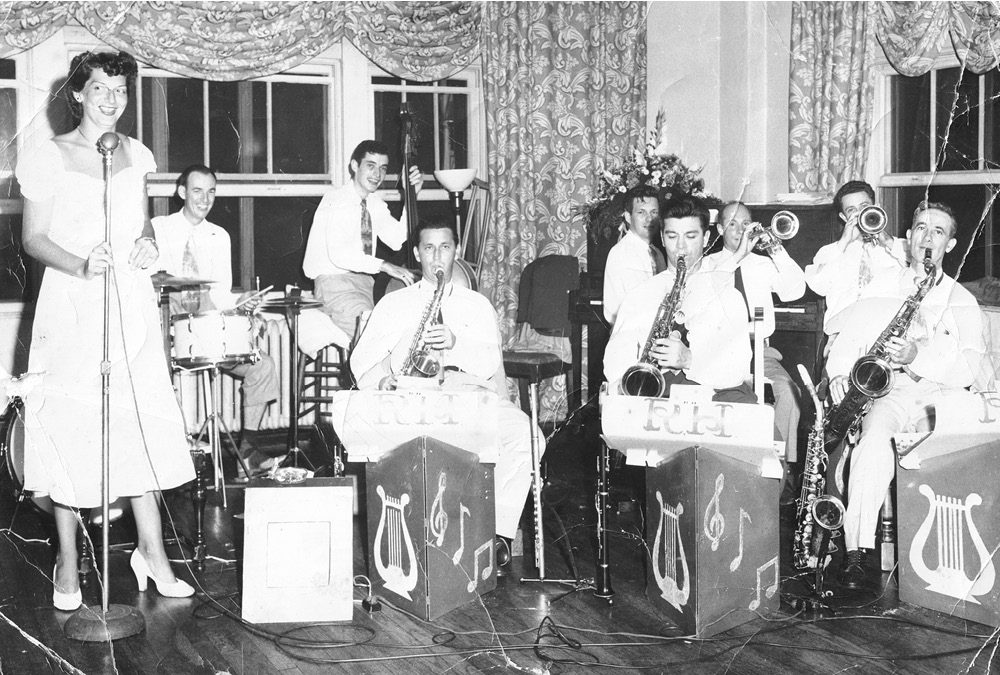 At the end of every West Ashley Flashback there’s a question that takes many forms but in essence says: “Can you add to the story?” The question is followed by a simple request: “Contact Donna at westashleybook@gmail.com.”

Thank-you to all of you who have reached out to add to the stories! Now time to move into Part 5 of this who-knows-how-many-part series where I have started at the beginning of the journals/milk crates/digital information and shared random small tidbits entered over the last 10 plus years of listening and writing about the Parish.

We pick up with the third journal that contains the threads, tidbits, and urban legends collected during 2010 and 2011 while researching for the publication of West Ashley — a then new title in the Arcadia Publishing Images of America series.

•  The first 32 pages of this journal consists of names, phone numbers, and addresses of some of the initial people who were recommended to me, introduced to me, or contacted me after the West Of ran a lead article in the  Nov. 3, 2010 issue calling for stories for the new book.

•  A copy of John Burbage’s article “Memories of St. Andrew’s Parish: Oaks, Fields, Avondale” is taped on page 38. Many of his printed memories were recounted over and over by some of the people listed on those first 32 pages.

•  The records from 1924-1989 of The Owl’s Whist Club, a social organization for professional African-American men, are housed at The Avery Research Center for African American History and Culture which is part of the College of Charleston. The information from these records and an oral interview with Mr. Willi Glee were the subject of a 2013 West Ashley Flashback column.

•  In addition, the Carr Family papers are also housed at the The Avery Research Center for African American History and Culture.  The 1995 thesis entitled “Maryville, South Carolina. An All-Black Town and its White Neighbors” by Allen Carrington Hutcheson is included with these records. In addition to the family scrapbooks, photographs and general family memorabilia there is also information about the community/town of Maryville. Thomas Tobias Carr, Sr. was the last mayor of the town of Maryville. The SC legislature revoked the town’s charter in 1936. The charter had been granted by the legislature in 1886.

•  Siskaya was the name given by Alexander Sprunt, Jr. to the home he built in The Crescent. There is a scrapbook that resides with the owner of the home, where Sprunt documents every detail of the land, the building of the home, who visited the property, and where the name Siskaya originates from –it is an alteration of an Cherokee Indian term meaning “A Place of Birds”. In addition, there is an intriguing bit of information in the scrapbook that details a second settlement created in 1672 known as Jamestown or New Town located along the Wappoo Creek in the area where the house current exists.  In 2015 a “West Ashley Flashback” column told some of this story.

•  The Edgewater Park Garden Club was organized in September of 1955. The club is still active today.

•  There were many musicians who lived in St. Andrew’s Parish. One of them was Ralph Peeples. He worked at the Navy Yard by day and when gigs were available, he played piano in the local clubs. Some of these musicians were featured in a 2015 West Ashley Flashback column.

•  A wealth of information can be derived from the Charleston City Directory printed by Nelson’s Printing. Louis August Rohde Nelson Jr. and his wife Ruth moved into Westwood in 1951. They were one of the first people to move and build in Westwood. An intriguing piece of history – Westwood was originally platted as part of the Byrnes Downs subdivision. But LD Long of the V Housing Corporation took a different tact after completing the more than 350 homes on the South side of Savannah Highway. World War II had ended, so maybe he found it more profitable to change the lot sizes and sell off the land for owners to individually build. The details of this story have never been revealed.

Stay tuned….just barely into this journal.

Can you added to these “Tidbit Tales?” Contact Donna Jacobs at
westashleybook@gmail.com.