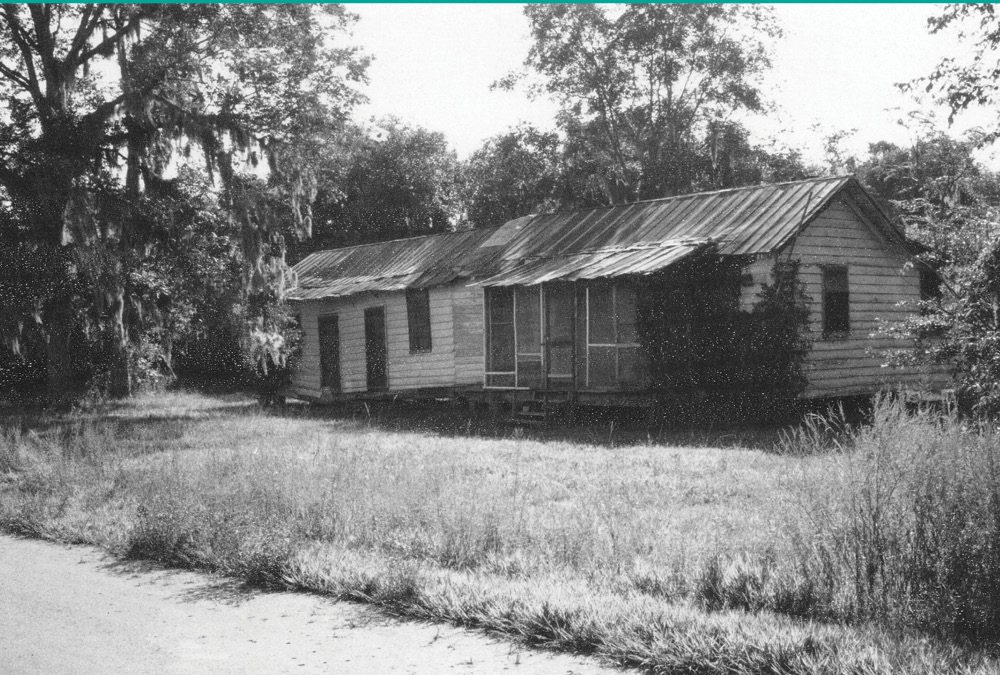 This is the fourth part of this who-knows-how-many-part series where I’ve started at the beginning of the journals/milk crates/digital information and shared random small tidbits entered over the last 10 plus years of listening and writing about the Parish.

We pick up in the middle of the second journal that contains the threads, tidbits, and urban legends collected while continuing to research after the publication of “Byrnes Downs”.

• Dan Groves was an organizing member of the Charleston Colonels. This organization of innkeepers, motel and hotel owners who formed after World War II.  The “Colonels” would dress up in black tie and white hats and tour South Carolina promoting Charleston as a tourist destination. Groves owned the Old Town Motor Court on Savannah Highway. He would go on to build the Camilla Hotel and establish the Howard Johnson, also on Savannah Highway. (Subject of a 2013 West Ashley Flashback)

• Colonel Gilbert Vincent was the Commander at the POW camp in West Ashley.

• Tommy Thornhill remembers the best ham salad sandwiches being served at Roy Hart’s on the corner of Coburg Road and Savannah Highway. As it turns out Roy Hart operated establishments on both sides of the highway. This has taken a minute to research and is supported by ads in the newspaper.

• The Owl’s Whist Club is over a hundred years old. Its clubhouse “The Roost” is located in Maryville. (Subject of a 2013 West Ashley Flashback)

• Dolmane Drive in Harrison Acres was supposed to be Dolmame, after Mamie Santos Harrison and her sister Dolly. It was recorded incorrectly.

• Gus and Frazzie (unsure if this is a correct spelling of her name) Brown are the names of an African American couple that lived on the Voorhees land in a section that would become Lord Calvert Drive in Harrison Acres.

• Barrett Lawrimore helped form and direct the SC Tomato Association. He delivered tomatoes to everyone he was involved with while working for the Clemson Extension. His knowledge and understanding of Charleston County came from his work in the agricultural field. Because of this, he was encouraged to run for County Council and won a seat in 1992.

• Who are the two brothers that owned the “Two Brother’s Lounge” on Savannah Highway?

• Anna Wireman McAllister and Cele Kearse Montgomery have been best friends since birth. They were born two days apart and their mothers were in the hospital together.

• The J.M. Fields store in Ashley Plaza had a soda fountain.

• Who remembers the Walgreen’s Drug Store in South Windermere Shopping Center? It had a soda fountain that Roy Hart ran.

• Mrs. Till ran a kindergarten in Avondale.

• Virginia Wright, who worked for Roy Hart at his diner, was the mother of  “Tony the Peanut Man”. They lived on Magnolia Road in Maryville.

• Home Team BBQ is located in the former Bunch Gas Station. Richard M. Bunch was born in Eutawville, moved to Summerville and then ultimately established himself at this location in St. Andrew’s Parish. In 1948, Lottie Green sold a piece of her property in Maryville to Bunch for $2,500 where he built his gas station and family home. Bunch was very active in the community.  He owned land, hunted, and served as a Commissioner for St. Andrew’s Parish. His gas station was a popular hang out. (Subject of a 2012 West Ashley Flashback)

• The SC Legislature designated SC Route 7 between US Highway 17 and the North Bridge as Sam Rittenberg Boulevard as a tribute to Mr. Rittenberg’s community dedication and public service. His son Henry Rittenberg recounted this in an interview. (Subject of a 2013 West Ashley Flashback)

Next up … the third journal.

Any stories from “The Azalea Room” in St. Andrew’s Parish? Can you add to these or other “Tidbit Tales?” Contact Donna Jacobs at westashleybook@gmail.com.