West Ashley Flashback — All Aboard the Flashback Trolley 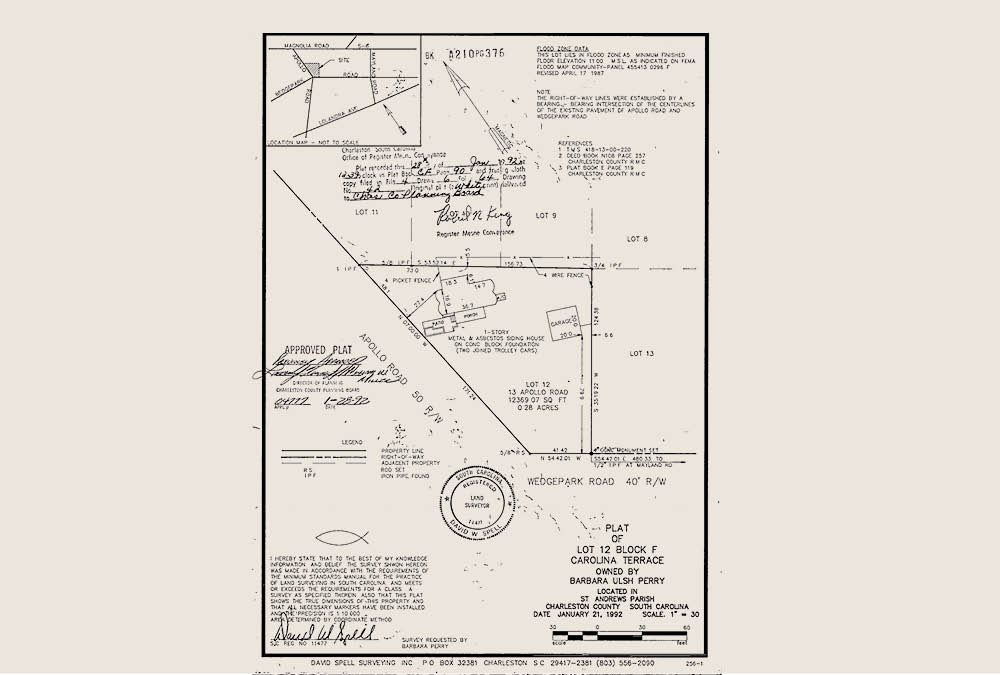 Did you hear the one about the trolleys that were converted into a home in Carolina Terrace?” Yes, this is yet another intriguing St Andrew’s Parish story that has taken a few years to vet, explore and come out of the rabbit hole with enough information to convey to the West Ashley Flashback readership.

Converting railroad boxcars to housing was a popular trend in the Depression Era of the 1930s. Jacob “Jake” Varner must have heard of the idea and decided that obsolete trolley cars housed in a storage shed might also work. He purchased two cars in 1935 and brought them across the Ashley River to a lot on what is now Apollo Road in Carolina Terrace.

He and his wife converted this cozy 560-square-foot space to a home by joining the two cars, adding a roof and a porch. They enjoyed their home until their daughter became of school-age and needed her own bedroom. They soon moved out to larger quarters in the 1940s. In the meantime, the curiosity trolley car home continued to provide a cozy place for several future owners.

Seems Varner had seen the writing on the wall and put a good idea with an opportunity in motion. The two cars he purchased were reported to have run the 8-mile track between Charleston and Chicora Park delivering riders to the Navy Yard.

Part of this curious story was related by the then current owner, Barbara Kohler, in a April 1977 article that appeared in the Charleston News & Courier with the headline: “Trolleys Track Down Past” and a picture of the home captioned “Iron Donkeys,” the nickname once used for trolleys. She highlighted the curious details of her home: California redwood construction, tongue-and-groove ceilings, original windows, interesting geometry for arranging furniture and living area, and the double-entry doors provided the connection between the two cars when they were joined. Her trolley home was appointed with her collections of miniature trolley cars.

With the headline: “End of the line….as a house” a picture ran in the January 28, 2006 issue of The Post & Courier. This announcement began the decline of this curious trolley home as it was sold for $40,000, disassembled, moved back to the peninsula with the idea to refurbish the cars and reinstate the trolley system as part of the Magnolia Project.

When the cars were moved, long-term neighbors, like Barbara Aydlett, were nostalgic as she remembered the Varners and the odd little house at the corner.

The story was not over for these two trolley cars. In 2010, it was reported that the cars were sitting exposed in a Neck Area construction site. Plans were in limbo. A 2013 article appeared in The Post & Courier with what appears to be the next stop on the trolley car house story.

The Magnolia Project development was halted. BUT, the two cars had caught the attention of a trolley enthusiast out of Charlotte. Greg Pappanastos, a Charlotte developer with an interest in rekindling the service in Charlotte, accepted the donation of the cars to Charlotte Trolley, a non-profit with which he was associated. Was this the beginning or the end of the line for these two cars whose redwood walls could tell many stories? Anyone going to Charlotte to see if they can ride a trolley?