West Ashley Flashback  — A Walk in the Park 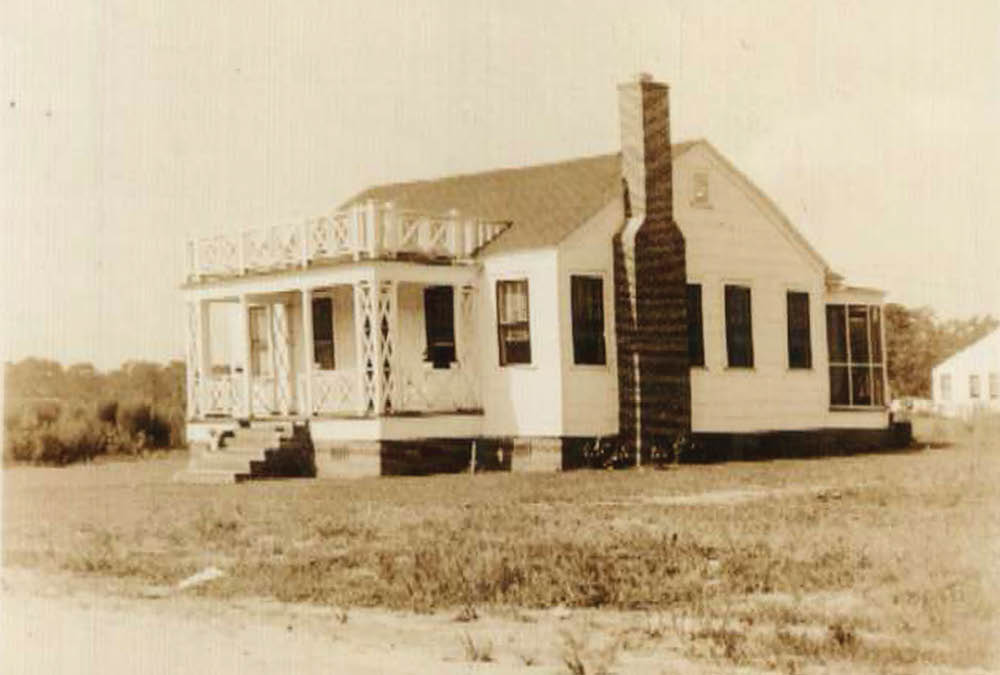 Maps and Plats of the early neighborhoods in St. Andrew’s Parish have interesting features and often give us clues as to what the community desired when the neighborhood was designed. One feature seen in several early plats is a space designated as “Park.” The 1930 plat of Carolina Terrace shows a small lot at the end of Wedge Park Road designated as “Park.”

Some of the park spaces are even named. For example on the Stono Park plat from 1939, “Randolph Park” is designated and named for Randolph Harrison, the husband of Guillelmine Elizabeth Pinckney Harrison Rogers. She inherited the land from her husband and honored her family during the platting of the neighborhood. The plat of Avondale, which is bisected by Highway 614 (the original number used for St Andrew’s Boulevard), shows a triangular piece of property on the Ashley River side named “Peek’s Park,” bordered on one side by Arcadian Way and the other two sides by River Court (known today as Arcadian Park).

Kenneth Marolda, a resident of Avondale with a passion for local history, related the background of the park and assisted in this presentation of West Ashley Flashback.

The massive canopy of a grand Live Oak Tree shades a triangular neighborhood park along St. Andrew’s Boulevard. Tucked neatly between the highway and the Ashley River, one can’t help but wonder how many eras the ancient tree has seen and how many visitors have rested in its dappled shadow.

The first records of settlement in the area are from 1867, when a plat by W.B. Guerard surveying the Lands of Martha Piroleu showed a collection of small structures referred to as an “old settlement” clustered at the end of Oakdale Drive, which likely originated as the driveway for the settlement. By 1938, the settlement and surrounding farmland had become known as “Weimar Plantation,” owned by H.H. Ficken, and operated as a truck farm. Just one year later, it was sold to the West Charleston Corporation.

A partnership between State Senator Cotesworth Means and State Representative Isaac Peek, the West Charleston Corporation would completely transform the old plantation. Senator Means chose the name Avondale for the new project because it reminded him of Shakespeare, and throughout the 1940s, the corporation converted the farm’s fields into nearly 300 suburban homes, phased A through E. Section C, finished around 1948, was about 25 houses planned around a triangular greenspace called Peeks Park, named of course for Isaac Peek.

The houses around this park, mostly brick bungalows, were built by Pendarvis Brother’s Construction Company and sold for around $10,400 each. Peeks Park was never sold or developed. It was left largely overgrown, and the ancient tree on its northeastern boundary was left unmolested.

Advertisements in the Charleston News and Courier championed the attractiveness of having a community park by referencing the greenspace in their ads. Like many of the suburban neighborhoods in St. Andrew’s Parish, Avondale became the homes largely for Navy Yard workers.

The dirt road leading into the river-side section of the neighborhood was named Arcadian Way, and when the State of South Carolina assumed responsibility for the roads in 1948, the road, bent in a V around the park, was renamed from River Court to Arcadian Park. This, in turn, led to the park’s modern name.

This same year John Harken, a Navy Yard worker who lived in the neighborhood, decided to clear the brush from the park along with several neighbors. Neither the Pendarvis Brothers Construction, nor the West Charleston Corporation had taken on formally developing the park space. Mr. Harken also constructed a stone retaining wall around the grand Live Oak tree using Belgium block from the Navy Yard and made two benches from repurposed materials that had been salvaged from a battleship.

Finally, Mr. Harken filled the center of the Live Oak tree with cement to support its aging core and wrote his initials, “JSH,” along with the year “1951,” in the cement.

Two years later, Mr. Harken was elected President of the Avondale Civic Club, which had existed as a social network for the residents of the subdivision. Until the 1990’s, he maintained the park personally, often mowing it himself. When age inevitably caught up with him, and maintaining the park was no longer possible, neighbors chipped in to hire a landscaping service. After Hurricane Hugo in 1989, it was the residents who cleaned the fallen limbs from the park. Each household around the park contributed money to make sure it was cared for. This was the arrangement until 2018, when St. Andrew’s Public Service District assumed maintenance of the park.

Throughout the decades, Arcadian Park has served as a welcoming stage for countless neighborhood events such as swing dancing, football games, birthday parties, and endless games of frisbee.

In the 1980s, the Avondale Civic Club organized a picnic in the park. In the age of pandemic, when outdoor spaces have become a welcome refuge from home confinement for many, pocket parks, parklets, and neighborhood green spaces have taken on a renewed sense of importance. Along with Moreland, Carolina Terrace, Magnolia, The Crescent, and Stono Park, which all boast neighborhood pocket parks, the Arcadian Park neighborhood has enjoyed this hidden little nook for decades, and hopefully will for decades to come.

Thank you, Ken, for this perspective on the park. Neighborhood park stories? Contact Donna at westashleybook@gmail.com.