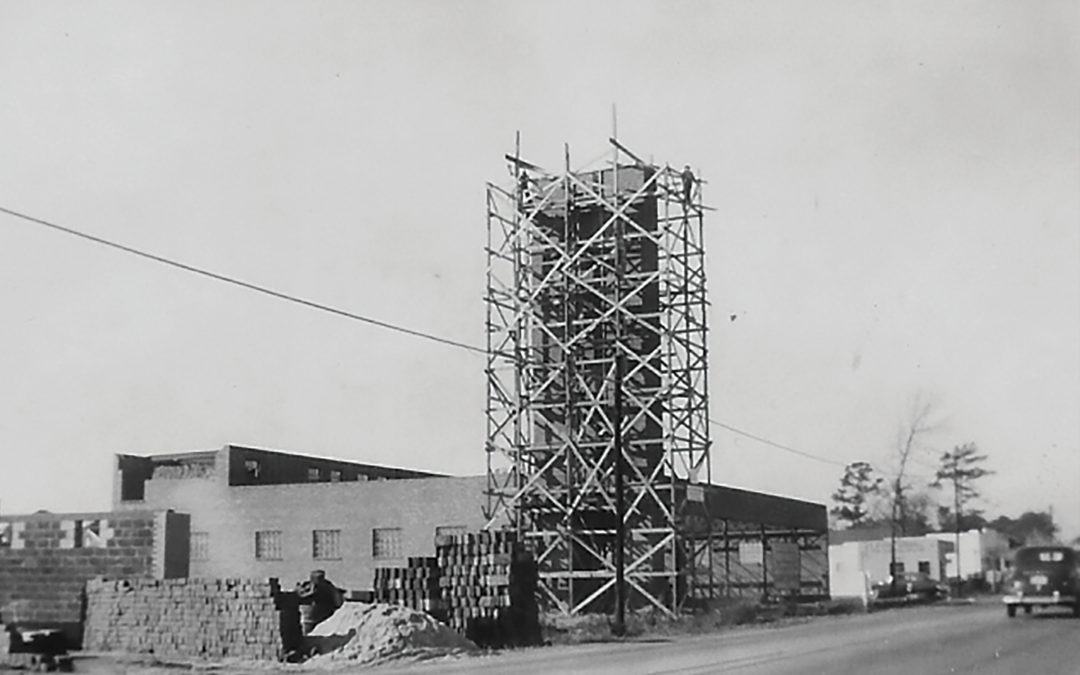 There are many first sentences that have developed into stories from St. Andrew’s Parish. Some are short and sweet and to the point. Others are long threads that weave through the time, place, and fabric of the Parish. Elements of stories fill five journals, two milk crates, and more than 10 gigabytes of digital information. Some of the elements have developed into the 140+ West Ashley Flashback columns. And yet there are stories still waiting to be discovered.

This is the start of a who-knows-how-many-part series where I’m going to start at the beginning of the journals/milk crates/digital information and share random small tidbits entered over the last 10 plus years of listening and writing about the Parish. (Disclaimer: some statements are the product of primary oral histories, some are urban legends told by subsequent generations. This series is designed to dig a little deeper and maybe learn a few more stories.)

Irene Burk Tezza was the niece of Joe Harrison, the owner of the farmland that was sold to develop Byrnes Downs. Her husband’s father was Hugo Tezza, who started Tezza Tile.

Tezza Tile had the contract to lay the tile in the bathrooms of the Byrnes Downs homes when they were being constructed  (interview with Irene Burk Tezza).

German prisoners of war dug all the drainage ditches in Avondale (story related by many long-term residents of Avondale).

There was a house on Oakdale that “radio built.” (Story related by many long-term residents of Avondale ­— and finally vetted.  Subject of a previous West Ashley Flashback)

Rutledge Corvette purchased his home at 27 Campbell Dr. in Byrnes Downs in September of 1946 for $6,995 with a 20-year GI loan #48 from First Federal Savings & Loan. His payment was $38.18 per month including taxes and insurance. He paid the mortgage in full in 1966. (Interview with Rutledge Corvette prior to the publication of Byrnes Downs. Corvette was one great storyteller and a wealth of information.)

Charles Culbertson was from Clinton S.C. and was the commandant of Porter Military Academy prior to becoming principal of St. Andrew’s Elementary. (Random unvetted tidbit)

JC Long did not develop Byrnes Downs. LD Long did (interview with Mike Macy who worked for JC for 38 years).

Marcus Bloom Jr. and his wife, Ruby, operated the Cavallaro Restaurant for more than 30 years. Bloom was famous for his steaks. He probably learned the skill from his father who ran a meat market for years on the peninsula (interview with Camilla Blanton and researching The Post & Courier).

Fountain Inn was located at the corner of Coburg Road and Savannah Highway. Camilla Blanton related that there was once a small outdoor movie theater at this location. (Interview with Camilla Blanton and no other verification)

A book mobile used to stop in Byrnes Downs (there is a picture of this in an archive).

There once was a gas station on the corner of Nicholson and Savannah Highway where Fire Station 10 is now located.

Doris Hartnett, who lived in Byrnes Downs, was a charter member of Holy Trinity Episcopal Church. She handmade the linens for the altar in the new church when it was built on Folly Road.

Anecdote relayed to me by Dr. Leon Feldman whose office was on Daniel Street: Mr. Rodenberg purchased the homes in Byrnes Downs behind his grocery store in order that he could raze them and expand his parking capability. The neighbors protested and the homes remain; however, this explains the smaller backyards and the curvy nature of Alycia Alley behind the Rodenberg building.

There was a Sinclair gas station at the end of St Andrew’s Center next to Ashley River Baptist Church (seen in aerial photos).

There was a skating rink on the land where later the Portaro’s restaurant was built (interview with Charles Bennett — one of the “Little Helpers” pictured on the cover of Byrnes Downs).

Gullah Gourmet is located in the building that once housed the second post office in the area.

South Windermere Shopping Center opened in 1953, but not everyone was happy about this.  According to an article entitled “Zoning in the Suburbs” that ran in The News & Courier — “Some residents of west of the Ashley have protested against the erection of a shopping center near the entrance of South Windermere. They say the center would reduce the value of residential property in the vicinity.”

There once was a skeet range along the Ashley River in the vicinity of where California Dreaming is today … to be continued. Not even through the first journal!

Can you add to any of these stories or do you have a new one? Contact Donna Jacobs at westashleybook@gmail.com