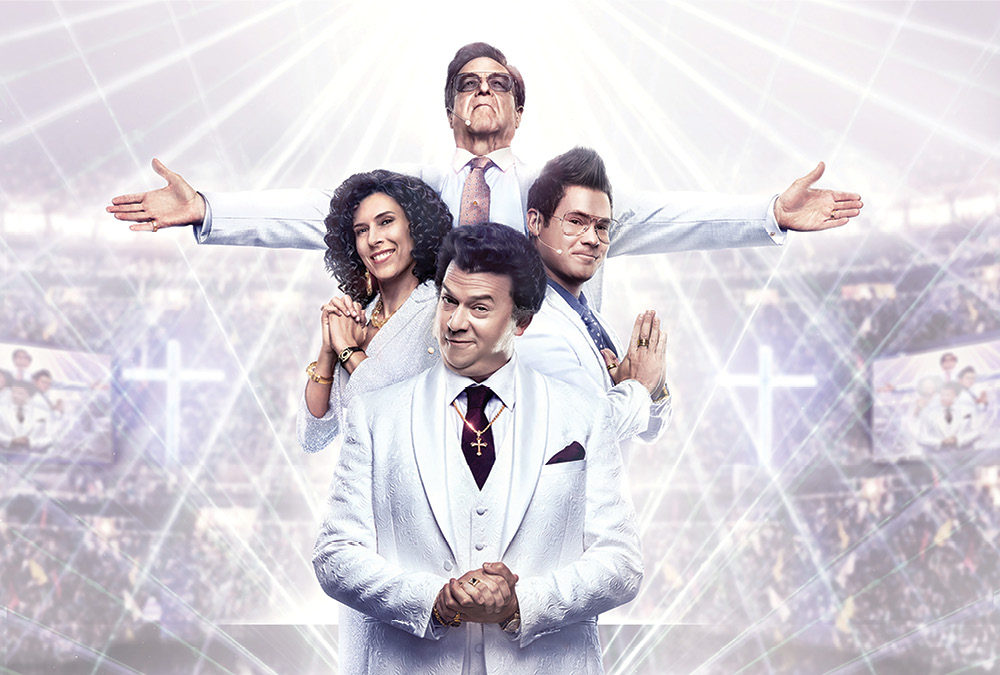 It’s hard to drive around West Ashley and not see something that has appeared on the first season of HBO’s The Righteous Gemstones.

Even DB’s Cheesesteaks is literally covered with images of the actors in character on the outside of the building. The first season of the show just ended its inaugural run on HBO but it’s already received the green light for a second season, which means the Gemstone Prayer Center — Locust Grove will remain in West Ashley for a while longer.

For executive producer Brandon James, West Ashley is old hat. James is the fourth wheel of the vehicle that runs Rough House Pictures: Danny McBride, Jody Hall, and David Gordon Green, being the others.

James’ family moved here in 1995 while he was still a tennis player at Hotchkiss. His dad was and still is commodities broker, specializing in animal fats, and his mom used to have a Broad Street store, Gates of Charleston, before she got super involved in Pet Helpers.

In high school, James would pick up summer gigs coaching tennis at the Charleston Country Club. His sister, who now also works on the show, went to Charleston Day School.

How James got back to Charleston is a winding story. Armed with a degree in English, he started working literally in the mailroom at Creative Artists Agency (CAA) in Los Angeles and worked his way up.

Eventually he acquired the same agent as the other three, an introduction followed, and he became the assistant producer of Eastbound and Down, which did some filming in Myrtle Beach.

Ten years later, James is now the president of production and development for Rough House, which is churning through edgy indie-type movies and a host of television projects.

He does miss some aspects of Southern California. But it’s a short list: “Tacos.”

James does not miss the Los Angeles traffic. “Yeah, you got traffic here, but traffic in L.A. is a different beast,” he says.

Being in Charleston, and West Ashley, James says helps imbue their shows with reality. They followed an assistant principal who lives in West Ashley for a day before they began shooting “Vice Principals,” which used West Ashley High School for some of its sets.

In L.A., there are more film crew professionals, James says recently during lunch at one of his favorites, Glass Onion (catfish platter, light on the fries). But they would be more apt to ditch a production for a higher paying gig.

Here, he says, there is more of a “familial” to crew who become more attached to the work than to the job.

Shooting in West Ashley, and some of the lesser areas surrounding this part of town, is awesome, as James and his company have discovered the gorgeous views around every corner.

Citadel Mall, he says, has worked out to be a great opportunity in terms of location and space.

James was here when The Patriot was shot in the mid ’90s, and remembers hearing the ooohs and aaahs of his dad’s downtown neighbors getting to see Mel Gibson, and how they were soon replaced with complaints of how the shooting disrupted everything from houses to traffic.

As a result, James says they try to be respectful of every place they shoot and “leave no trace.”

James et al. will be sticking around, as HBO signed them up for a second season of “Gemstones” to begin filming this spring. And while their “Halloween” reboot will shift production of its second of three films to Wilmington, N.C. due to tax breaks, he says expect to see more local areas in future Rough House pictures.