We Lose our Moose, Voodoo is Forced to Cast a New Spell 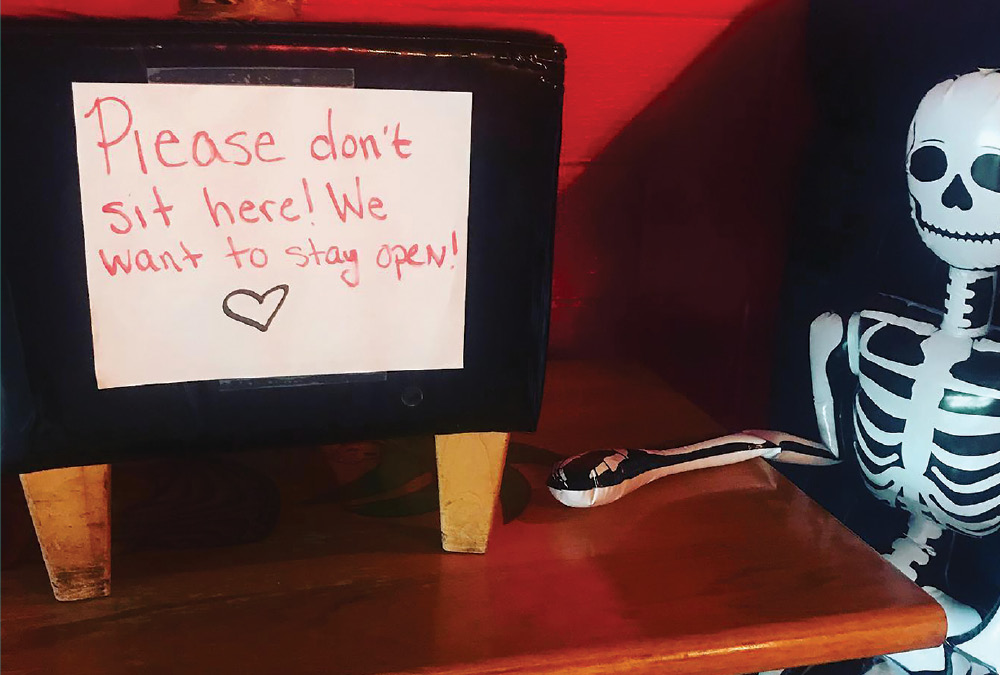 Since opening Voodoo Tiki Bar & Lounge in 2004, West Ashley couple Mike and Jen Kulick have been important players in the local food and beverage scene. Voodoo helped spark a renaissance for the Avondale Point Business District and helped redefine what people thought of bar food in Charleston.

After catching lightning in a bottle with the wildly popular Voodoo, the Kulicks did endure a couple stumbles with the short-lived Uni Bar next door to Vooodoo, which was perhaps a little ahead of it’s time for West Ashley; and then Marie Laveau’s, which was perhaps too good for it’s own good and became unsustainable. But the Kulicks quickly found the bullseye again in 2010 with their next venture when they converted an old downtown soul food restaurant into a hipster haven on Morrison Drive, calling it the Tattooed Moose.

This was well before the area, which is sometimes cringingly referred to as “NoMo” (North-Morrison), was a hot spot for restaurants, nightlife, and breweries. The Tattooed Moose pulled off the near impossible feat of being both a popular eatery and a beloved bar at the same time. Then Guy Fieri rolled his 1967 cherry red convertible Camaro into town and the rest was history. The spiky-haired bleach-blonde celebrity chef raved over Mike’s Famous Duck Club, making the sandwich and the restaurant stuff of Charleston culinary legend. (Technically, the Duck Club got its start as a slider at the Kulick’s funky little West Ashley bar Voodoo.)

When the episode of Diners, Drive-Ins, & Dives aired on the Food Network, the Tattooed Moose went from cool local dive to a full-blown rock star of the local dining circuit. Jen Kulick says that the show, and Fieri himself, made her and Mike think bigger about their restaurant. So it was only a matter of time that they opened a second Tattooed Moose on Maybank Highway on Johns Island. The rapidly growing area was hungry for something  like the Moose and the second location was also a hit.

Eventually, the West Ashley residents began looking to their original entrepreneurial stomping grounds for their third location. The Citadel Mall had just been purchased by Richard and Ginger Davis of Trademark Properties and the traditional shopping mall was on its way to becoming transformed into something much different. The West Ashley Tattooed Moose would be a part of the new Epic Center, the rebranded name for the ongoing mall project.

The Kulicks even purchased land in Summerville to begin building a fourth Tattooed Moose location.

But the West Ashley Moose never quite captured the same magic as the first two or as their first venture, Voodoo. Then to make matters worse, a global pandemic hit, and on March 17 governor Henry McMaster order all restaurants and bars to close their dining rooms to the public.

“The restaurant was not doing as well as we needed it to do before the pandemic,” admits Mike Kulick. “So when the pandemic hit and we saw how far it was going to put us back on our heels, we realized that maybe we needed to get out.”

The timing of the coronavirus could not have been worse for the West Ashley Tattooed Moose. Two years ago when the Kulicks signed the lease on the space at the mall, which formerly housed King Street Grill and Bull & Finch, they knew that they may have to hang in there a while until The Epic Center began to fully be realized. One key part of that realization was the opening of the MUSC Health West Ashley Medical Pavilion, a 128,000-square-foot facility in the former J.C. Penney department store, adjacent to the Moose in the Citadel Mall parking lot. It was going to bring hundreds of new folks to the area every day.

Of course, just a few short months after the MUSC site opened, the Coronavirus reached South Carolina and that parking lot became the drive through COVID-19 specimen collection site. Then, approximately 70 MUSC staffers at that facility were potentially exposed to the virus and had to self-quarantine. Not something that exactly goes well with Mike’s Famous Duck Club and duck fat fries. Needless to say, take-out at the West Ashley Moose was not worth the effort and eventually the Kulicks made the tough decision that the restaurant would not reopen at all, even when the stay-at-home order was lifted.

“Whenever you personally, or you as a business owner, go through a life-changing event, it really affords you the chance to step back and look at things from the outside,” says Kulick. “It allows you to make bigger decisions because you’re not caught up in the day-to-day of running the business.”

According to Kulick, hearing that famed chefs David Chang (Momofuku, Ugly Delicious) and Tom Colicchio (Gramercy Tavern, Top Chef) were closing some of their restaurants in the same manner, he knew the West Ashley Moose’s time was up.

Kulick doesn’t blame the Coronavirus for the demise of the West Ashley Tattooed Moose, but he says it served as a catalyst for change for their company as a whole. He and Jen had also just sold the Summerville property that was going to be their fourth Tattooed Moose location and are now putting more focus on their other existing restaurants, including Voodoo Tiki Bar & Lounge, which recently reopened for business after being closed for two months because of the pandemic.

Even though the governor allowed for restaurants to reopen with outside seating on May 4, Voodoo decided to wait a couple weeks to make sure they had the correct protocols in place to ensure the safety of their staff and patrons.

Reopening was not something Voodoo rushed into. “We really took our time with it. We were trying not being really top-heavy on this decision,” says Kulick. “We decided it was time to open after talking to (bar manager) Caroline (Smith Adams) and (kitchen manager) Toker (Chris Smith),” says Kulick.

When Voodoo did finally open on May 20, it was only for very limited outside seating. Kulick says their landlord, Ed Kronsberg, was gracious in allowing them to put six hightop tables out in front of the bar, extending into the parking area for the Ashley Shoppes along Magnolia Road.

Although Voodoo is known for its creative bar food, including the aforementioned duck club sliders, gourmet tacos, flatbread pizzas, and white bean hummus, Kulick says the food was always more of an amenity for the bar. But with the new outdoor seating model, the food has been the main attraction. For the first time ever, Kulick says food sales were higher than alcohol sales.

Nine days after opening for outside dining, Voodoo opened its doors for limited inside dining, but no bar seating. It was quite a change for the usually lively, cozy bar whose whole concept is not conducive to social distancing.

“The whole appeal of Voodoo is the opposite of what we’re being asked to do right now. People who come to Voodoo tend to like it because it’s packed and everyone is crammed in at the bar, lights are down low, and the music is loud,” says Kulick. “It’s gonna be quite a while before we get back to that point. But we have no doubts that Voodoo will be back to being Voodoo again. But it’s a really open ended question right now.”