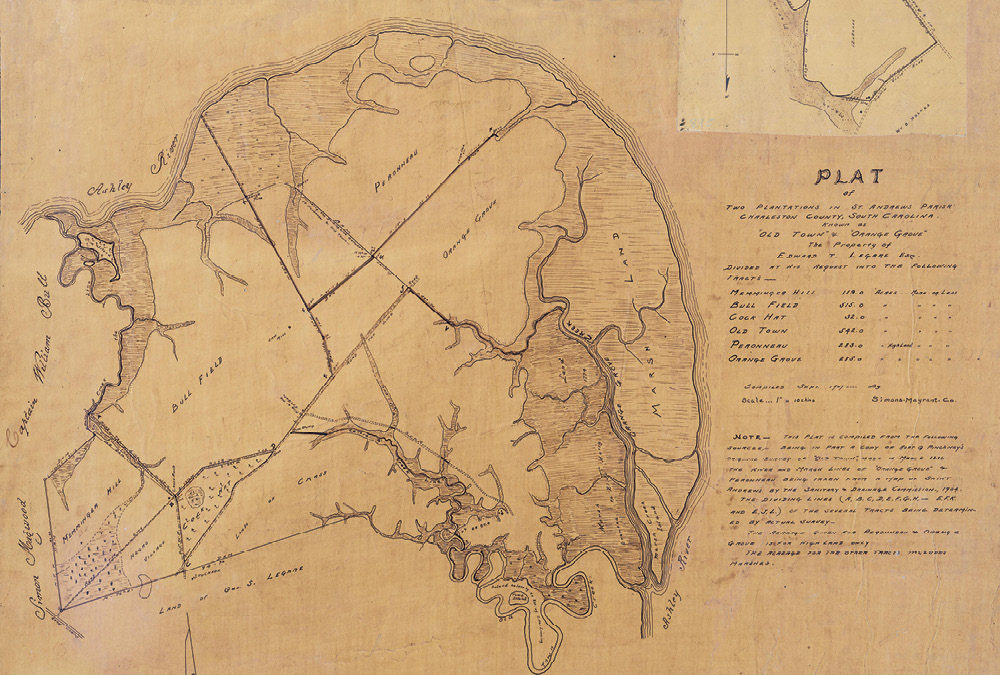 Pleasure Grove. Old Towne. Ravenel. Wehaken. Ashem. These names connect the present with the past in St. Andrew’s Parish along the banks of the Ashley River.

Charles Jervey Ravenel came to St. Andrew’s Parish in 1912 to truck farm at “Pleasure Grove.” He had spent time with his cousin Theodore Ravenel planting rice along the Edisto River until a storm in 1911 convinced him to move on.

According to the family papers left by his daughter, Emily Ravenel Farrow, to the S.C. Historical Society, Ravenel purchased part of the Old Towne tract located on Old Towne Creek from his cousin George Legare about a year after his relocation to St. Andrew’s Parish. He built a new home on this land, named it “Wehaken” — Indian for welcome, and moved his family onto the property in 1915.

Charles J. Ravenel wore quite a few hats during his life in the Parish — truck farmer, President of the St. Andrew’s Nursery, member of the Agricultural Society of SC, Proprietor of the St. Andrew’s Riding Academy, and Chairman of District 10 School Board. He was a meticulous record keeper, to the delight of anyone interested in the history of St. Andrew’s Parish, thus allowing one to really explore the day to day of his many operations.

For the truck farming period, there are records to indicate that Ravenel grew and shipped potatoes, cabbage, turnips, beans (there are barter tickets), spinach (his wife writes about his worry over the low market price for spinach in her diary), as well as other produce. Numerous barter tickets for compost are carefully organized in an archival envelope. There are invoices showing the purchase of farm equipment. One such purveyor of these farm implements and machinery is Joseph M. Harrison.

In addition to the details of seed acquisition, shipping produce to market, and equipment purchases there are payroll records listing the people who worked the land, how many hours they worked each day of a week, the rate, and the payment of rent. The 17 names on a December 1928 payroll sheets include: Isaac Richardson, David Green, Pam Benett, Ellen Jenkins, and Anna Middleton. Did these people live on the land? Is that what the payment of rent indicates?

Contracts for Prisoner Of War Labor exist. Some are one page; some are as many as three pages. There’s a Certificate of Need for Employment of Prisoners of War signed by Arthur Bailey as a representative for the Farm Extension Administration in November of 1943. An interview with Arthur Bailey’s son had alluded to his father’s work with this group.

In later years, Ravenel’s daughter Emily would cherish the family’s land along Old Towne Creek that she and her husband, Ashby Farrow, would affectionately call Ashem. Upon her death the land would end up under the stewardship of Charleston County Parks and Recreation Commission and will soon be open for all the public to embrace.

Twenty-one boxes of paper hold the potential to open a window of time in St. Andrew’s Parish and tell the intimate story of Charles Ravenel and his influence on truck farming, horseback riding, and the school board in the modern history of the Parish.