Something New on Tap 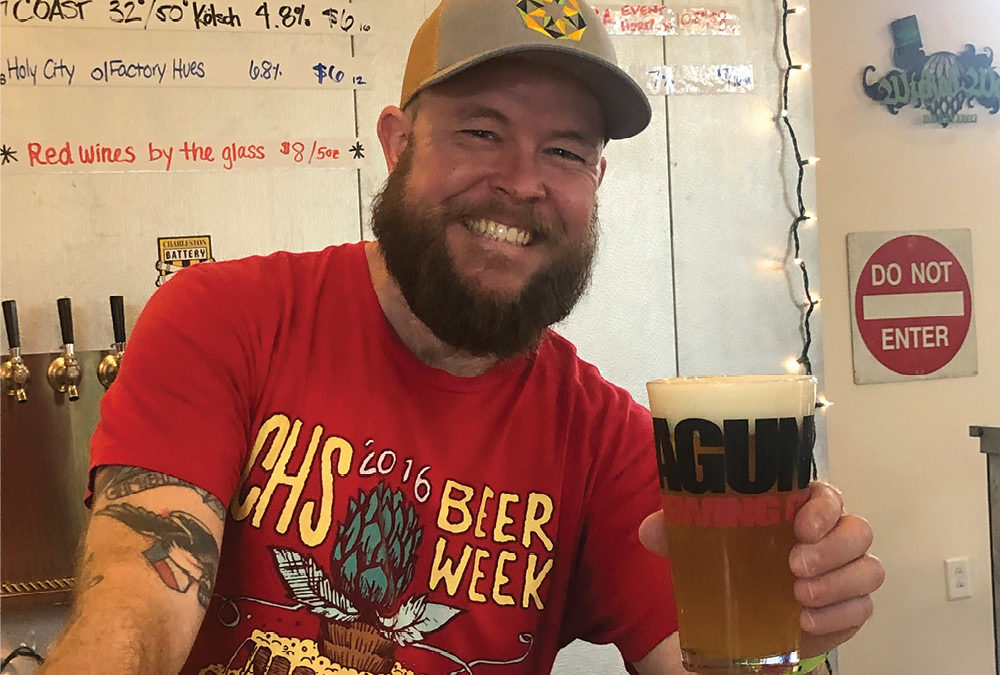 House of Brews West Ashley a welcomed oasis down Highway 61

Chris Filan grew up in West Ashley, not far from where the new House of Brews just opened on Ashley River Road. As the managing partner of the popular new beer bar, he has seen firsthand how the area has changed over the years and how the beer industry has evolved since the craft beer explosion. Charleston now has around 30 operating breweries with more surely to open in 2020. Several of which can be found on tap at House of Brews, located in an old used car dealership.

Inside what was the office is now a large L-shaped bar with 12 taps, two are devoted to wine (one sparkling) and the other 10 are a rotating lineup of local, national, and import craft beers. “As soon as something kicks on tap, something new goes on,” says Filan.

Opposite the bar on one side is a cooler full of dozens of bottled beers. On the other side a rack full of six-packs and 4-packs that can be purchased to-go. Out back is a large fenced-in yard or biergarten if you will. “We are dog friendly to friendly dogs, but we do ask that you keep them on a leash,” says Filan.

For the first week or so they were open, Filan says people predominately came in to check the place out and sit at the bar and have a beer or two. But now, he says, more people are picking up six-packs on their way to go play golf at Shadowmoss or to take home for the evening.

According to Filan, he and owner Rob Davis had been eyeing a West Ashley location for some time, following the success of the original House of Brews in Mt. Pleasant. Plans for a West Ashley House of Brews were already in the works when Craft Conundrum closed last year, leaving a void for craft beer connoisseurs on that side of town.

“So many regulars from Craft are now regulars here,” says Filan, who adds that many customers walk to the bar from neighboring Pierpont, Forest Lakes, and Springfield neighborhoods. With larger neighborhoods like Bolton’s landing, Carolina Bay, and Shadowmoss close by, House of Brews has been a welcome addition to the area.

“Growing up on this side of town, I want to help establish a sense of community here,” says Filan. “I think we’re doing that by offering a relaxed atmosphere where everybody can just have fun and talk to each other. That’s why I don’t have TVs in here, I want to open up communication.”

While there’s no kitchen at House of Brews, for now there are rotating food trucks every Thursday, Friday, and Saturday. Filan says he’d like to eventually have food trucks every day, but for now he says you’re welcome to bring food in from next door at a number of neighboring restaurants, like Easterby’s, Famulari’s Pizza, Hibachi Grill, Sunflower Café, and Betty Lou’s Bistro.