Score One for the Home Team 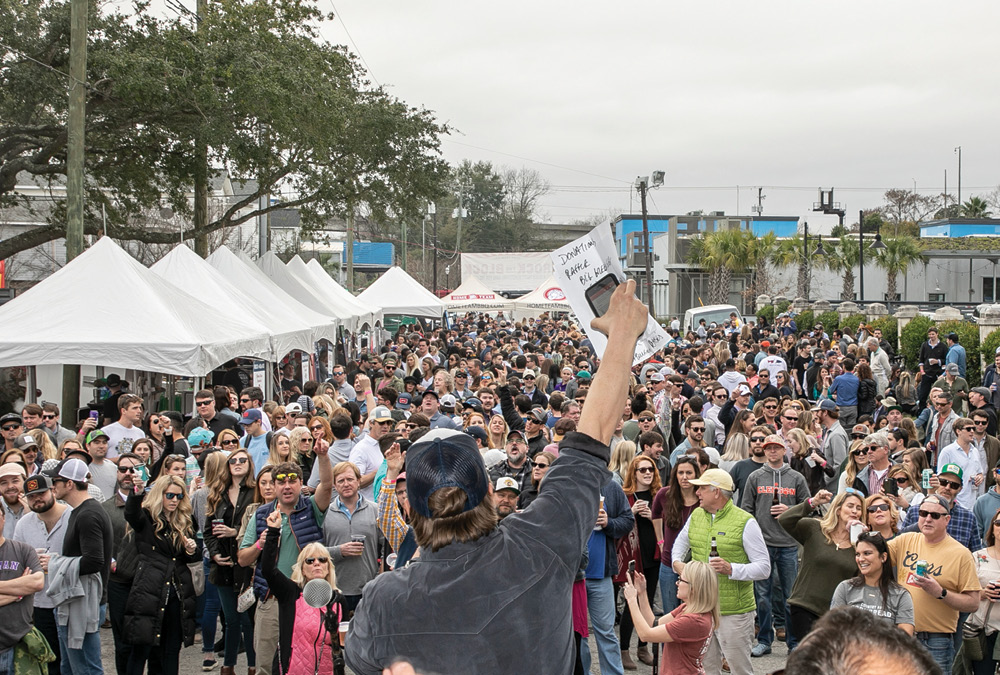 Local BBQ restaurant is all fired up about giving back

Fourteen years ago Home Team BBQ opened it’s first restaurant in an old gas station along St. Andrew’s Boulevard in West Ashley. The arrival of Home Team marked a shift in the South Carolina barbecue world and a shot in the arm for West Ashley’s dining scene. In the nearly decade and a half since, Home Team has opened other restaurants in downtown Charleston, Sullivan’s Island, Columbia, and even one in Aspen, Colo. It has also opened Middle Street Market on Sullivan’s Island and soon a sixth Home Team will open in Greenville, with more likely on the way.

The success of Home Team is not something that owner Aaron Siegel takes for granted.  Not long ago he was just a young chef with a “white tablecloth” background, little money in his pocket, and a big dream of opening a neighborhood barbecue joint. Many long days, worn hands, money spent, money earned, and Siegel and his partners have built something to be proud of. But through it all, he remains humble while always maintaining a strong sense of community. It’s something that makes you want to root, root, root for the Home Team.

One way Siegel stays grounded is by  giving back through various charities and other community efforts. “We’ve got the best ability to give back because of what we do. And it’s the best way to connect with the community,” says Siegel. “But it’s not always fun and games to do charity. It takes work and that work is what you’re really giving back.”

This month Home Team will again make a big push for their signature charity Hogs for the Cause when it hosts it’s third annual Rock The Block party from 11 a.m.-6 p.m. on Saturday, Feb. 22 in front of it’s downtown location at 126 Williman St. Proceeds from the event will benefit Hogs for the Cause, a non-profit organization that helps alleviate the emotional and financial strain experienced by children and their families during the fight against pediatric cancer. The event serves as the premier fundraiser for Home Team’s support of Hogs for the Cause, in addition to multiple pop-up events at the restaurant, limited-time special menu items, and the restaurant’s “Round Up” campaign, where patrons at all Home Team’s can round up their bill to the next dollar to have it donated to the cause.

“We’re beyond thrilled to join the Charleston community for our third annual Rock the Block,” says Siegel. “Since 2014, we’ve been contributing to Hogs for the Cause, but we’re really looking to take it up a notch this year. We look forward to a day of food, fellowship and fun, and think we can blow our donation goals out of the water with everyone’s help!”

According to Siegel, Home Team has been involved with Hogs for a Cause for seven years. Last year alone, the restaurant group raised $56,000 towards the $215,000 that was donated by Team Foxeria del Sol (made up of Home Team and Fox Bros Bar-B-Q and Taqueria del Sol in Atlanta). Siegel says a lot of that money comes back locally to help people in the Charleston area. For example, Hogs for a Cause just awarded MUSC’s Children’s Cancer Center a $75,000 grant.

As usual, Rock the Block is a free-to-attend, family-friendly event. Event attendees can expect a variety of eats from Home Team BBQ, acclaimed pitmasters Jonathan and Justin Fox of Fox Bros. Bar-B-Q (Atlanta, Ga.), chef Eddie Hernandez and Mike Klank of Taqueria del Sol (Atlanta, Ga.), in conjunction with Brandon Rushing from Ella and Ollie’s (Edisto Island), as well as local talents Shuai and Corrie Wang of Jackrabbit Filly, Jeremiah Bacon of The Macintosh and Oak Steakhouse, and Matt Niessner of Halls Chophouse. Drinks will be available for purchase at bar stations on the street, as well as in the restaurant, which will be open for regular business throughout the day. Live entertainment will be provided, with performances from South Carolina-based band, Kenny George Band, Atlanta-based Moontower, and renowned outlaw country artists Paul Cauthen taking the stage, presented by Foundry Point and Larceny Bourbon.

Attendees may also try their luck and purchase raffle tickets for the chance to win a variety of fun prizes like, a Big Green Egg grill. There will also be a kids’ zone  with an inflatable bounce house. Admittance to Rock the Block is free to the public, but donations will be appreciated at the entrance or any point of sale.

For those looking for an exclusive experience, a limited number of VIP tickets are available at $125 per person. This pass grants access to the VIP Lounge, where ticket holders can enjoy all-you-can-eat food offerings from Jason Stanhope of FIG, David Bancroft of Acre and Bow and Arrow (Auburn, Al.), Shannon Yelmini of Kiawah Island Golf Resort, and from Goat. Sheep. Cow., in addition to drinks from Jayce McConnell of Edmund’s Oast. Kids’ VIP tickets are also available for $25 per person (ages 12 and under), allowing each his or her choice of food from the VIP courtyard or selections from Home Team’s regular kids menu.