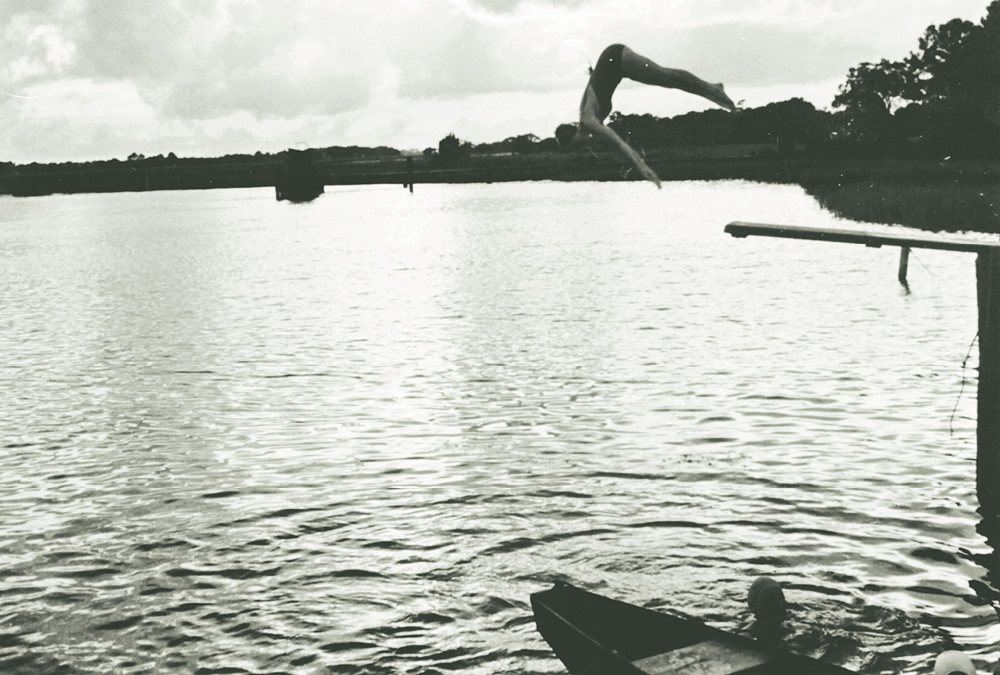 Revisiting the second oldest subdivision West of the Ashley

Members of this “History Committee” were exactly qualified to tell the story. They were some of the original residents. Miss Lorena Nash’s father, George Albert Nash purchased 72 acres of marsh and high ground and established Wappoo Heights in 1924 — the second oldest subdivision west of the Ashley River (Maryville being the first with its plat dated 1885). This land was formerly part of the Crescent Plantation. The remainder of this Plantation would be laid out by the Olmsted Brothers in September of 1926 and would be known as The Crescent.

Miss Nash was two years old when they moved into their home on Nashmor Road (formerly known as Magnolia Road).  Junie Polk’s family moved to Formosa Drive (formerly known as Azalea Drive) when he was 5 years old.  Barbara Alward’s family moved to Wappoo Heights in 1938.  Barbara and Junie would marry in 1945, making their home in their childhood neighborhood. Mrs. Malcolm McCrae moved with her husband to Palmetto Road in 1935 because of her husband’s desire to live in the country. Her yard was described as a “mini-Magnolia Gardens”.

Surrounded by Harrison’s farmland, a two-lane clay county road, the marshes of Wappoo Creek and the water called “Devil’s Elbow”, Wappoo Heights was a grand place to build a home, and raise a family.  Somewhat isolated, children experienced the wonderment of crabbing and shrimping in the creek, swimming in the “roped” off area of the creek, building tree houses in the grand old trees, or exploring the wooded areas for the perfect cedar tree to bring home and decorate for Christmas.  This created a bond that has become part of the mortar of Wappoo Heights.

Historical details in this document are complimented with anecdotal memories. Lots originally sold from between $600 to $900. Hand churned ice cream was a summer favorite. In 1924 there were 11 buyers of lots — names listed in the document.  Thomas Grange Simons is one of these original owners. Interestingly this is the same name associated with the Crescent Plantation. However, there is no connection made in this narrative.  Mail was delivered to boxes that lined the County Road.  Lorena Nash’s mom would parade her children, dogs, cats, goats and geese up to the County Road in quest of the mail. The neighborhood kids had a healthy respect for “Hector”, Colonel Goodwyn’s German shepherd.  1943 brought water service to the area. Raising chickens, cows and growing vegetables were part of daily life. In 1927 three Wappoo Heights children were ready for elementary school. The only school in the area was a three room wooden building on Wappoo Road – the future location of St. Andrew’s Parish High School. “Kick the Can” and “I Spy” were fun games that the kids played.

One particular story is worth a verbatim recounting: “Lorena Nash, a favorite crabbing buddy, slept next to her window in her upstairs bedroom and she would tie a long sturdy string to her big toe, place the other end out of the window and let it hang nearly to the ground so you could pull on it the next morning to awaken her. She would dress and slip out quietly so as not to waken any others in her family and we’d be off for a morning of crabbing! How about that for an alarm clock!”

Another 25 plus years have passed and this magic of nostalgia, detailed history, lively storytelling and neighbors is still part of the mortar of Wappoo Heights.