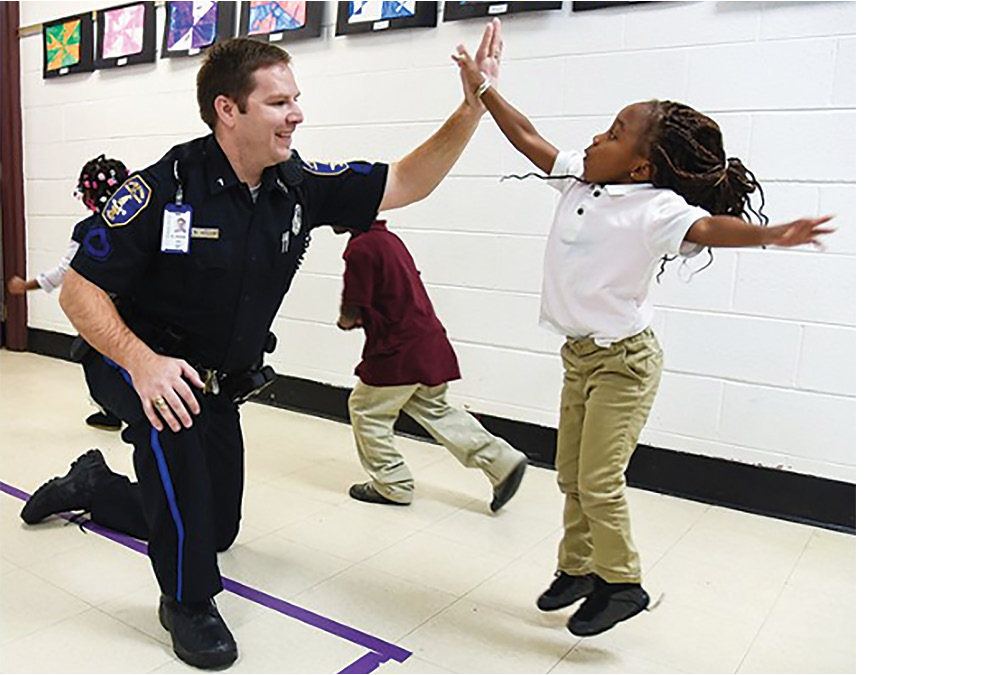 For the sixth year in a row, the U.S. Department Of Justice’s Community Oriented Policing Services (COPS) asked state, local, territorial, and tribal law enforcement agencies across the country to submit one photo that reflects the agency’s positive community engagement and trust-building with community members, stakeholders, local government, and others.

They then selected 12 winning photos to be showcased on the COPS’s office Twitter and Facebook pages as headers during the 2020 calendar year. Winning agencies will also be featured in an article in the COPS Office e-newsletter, the Community Policing Dispatch, and/or a COPS office issued press release.

The Charleston Police Department was the December 2019 winner of the Community Policing in Action Photo Contest. The photo featured MPO Nikolaus Holum and one of his young friends at St. Andrews School of Math and Science in West Ashley.