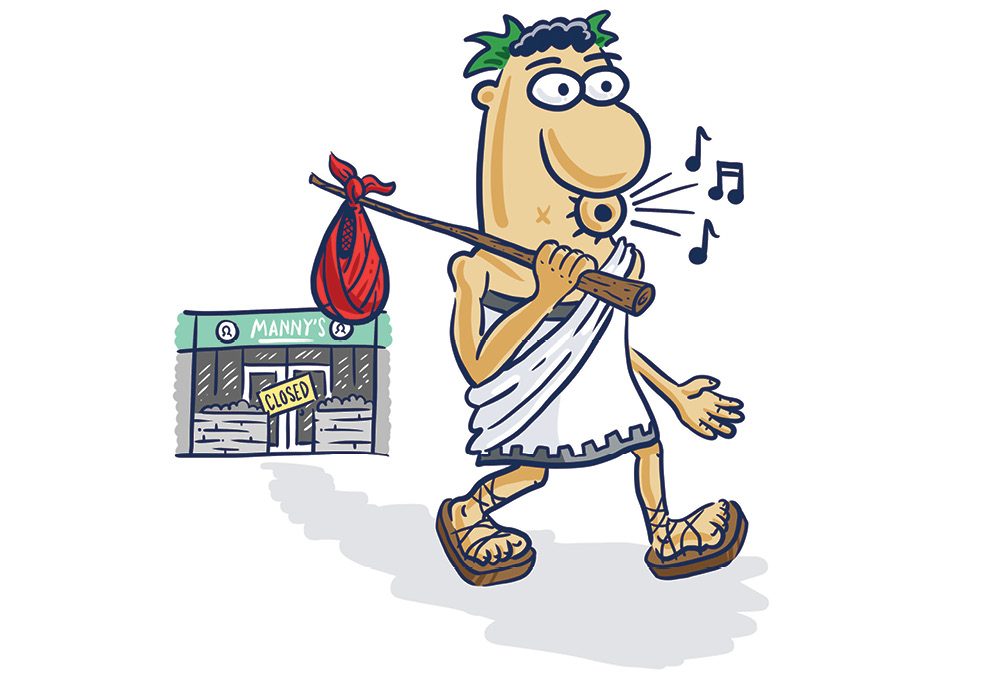 It’s hard to believe that Manny’s Mediterranean Grille has closed for good. A fire didn’t kill it four years ago. And for the past 27 years, the welcoming family restaurant has been an anchor of West Ashley along Old Towne Road.

But midway through August, the doors were locked, there was an apology note taped inside the door, and a goodbye letter from owner Michael Stavrinakis posted on the restaurant’s Facebook page.

Hundreds left messages of congratulations and best wishes for the Stavrinakis family and staff via social media. Michael had already thanked his sister Theonnie for her years of loyal work as its day-to-day manager.

Their brother Leon, currently an atrorney and a state representative for West Ashley, was the first to post condolences; saying the restaurant, which carried on their father’s legacy, had been such a big part of his life.

A few days later, and not surrounded by well-wishers and former employees, Michael confirmed that he had sold the business to Locals, a sushi and sports bar that’s hit it big in Mt. Pleasant and the Park Circle area of North Charleston. Locals will make the fourth Asian raw fish restaurant announced for West Ashley in the past month. Some, like Emoji Poke near Total Wine, and Ginza Japanese Grill on Orleans Road have already opened. The other one will be Kings Sushi a few doors down from Los Reyes on St. Andrews Boulevard.

Although still saddened, Michael was grateful for all the support from the community, who had seen his family’s restaurant survive and thrive in one of the most lauded and competitive restaurant scenes in the world. “When you look at it like that, it’s impressive,” he said.

The last and fourth Manny’s franchise was sold in October of last year, and so the Stavrinakis clan is officially out of the restaurant business. Sort of.

Michael has already transitioned into becoming a restaurant broker, using his decades of experience and knowledge to help others pursue their dreams behind an apron. He has joined with national restaurant firm Pacific Restaurant Brokers.

In the past year, Michael has already brokered the sale of 18 different restaurants, many of whom will remain confidential. But his sold list includes La Tabella on James Island, Big Billy’s Burger Joint in North Charleston, A Salt and Battered fish and chips in West Ashley, and more.

Michael has moved his office from the family-run gaming vacation travel agency next door to Manny’s to the Avondale strip along Savannah Highway, as Locals wanted the whole space.

Mark Cumins, one of the co-owners of TBonz Gill and Grill, opened his steakhouse in the same strip mall as Manny’s three years before and two doors down.

One of those former employees, Folly Beach City Councilman DJ Rich, worked at Manny’s for four years. He’s since gone on to open and own Planet Follywood on Folly Beach.

Rich refers to Michael as the “Bill Belicheck” of the Charleston restaurant scene, as so many of his lieutenants have gone on to running so many other places.

“Manny’s was a great breeding ground and Michael was a great boss,” says Rich. “His business and restaurant tree is pretty vast.”

Michael struggles to come up with one single moment that was his favorite. “I guess it’s just the people, the relationships, and the friendships you made. That, and the people you were able to help support and help feed their families.”

“It’s a big deal being able to offer someone a job. And to be able to do that, is a challenge. I’ve offered thousands of jobs over the years, I’m guessing.”

Ironically, Manny’s darkening its doors comes as that strip is seeing considerable improvements. City Hall is dead set on revamping the lot directly in front of the store, by redeveloping what had been for years a dead Piggly Wiggly.

The county is prepared to spend millions to improve the “suicide merge” of Sam Rittenberg Boulevard and Old Towne, in hopes of turning the area into the next “Avondale,” where residents and stores thrive.

Across the street, a developer has dumped millions into redoing that Ashley Landing Shopping Center.

But sometime when you’re dining on sushi, think back to the youth sports teams Manny’s sponsored, Theonnie busing a table and giving orders, the meals you had there, and the gyros.