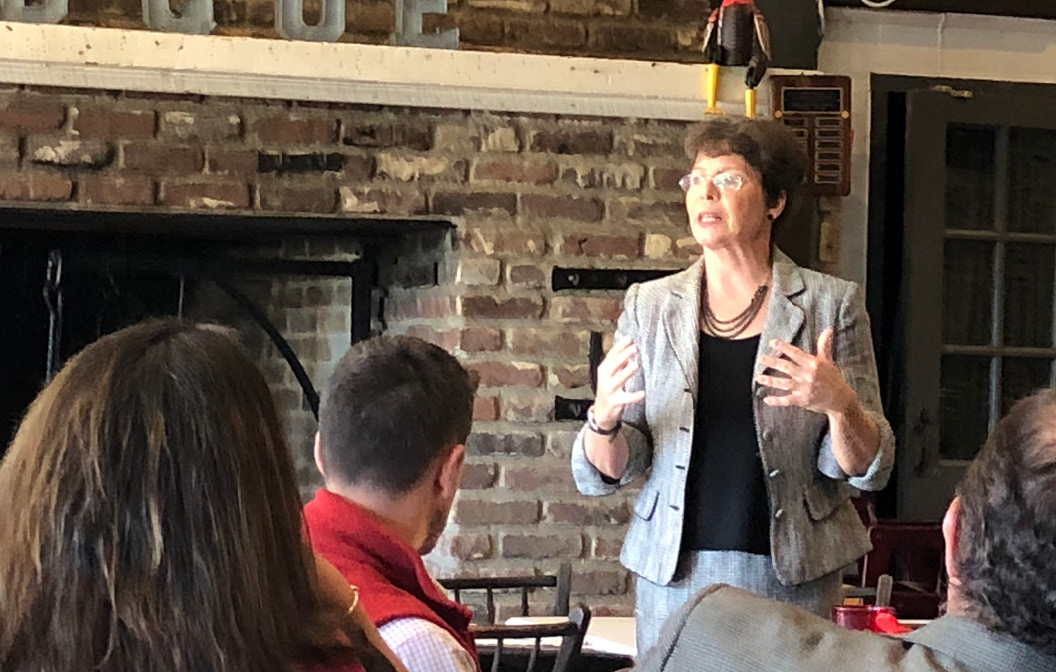 Last month, Wilson and group of supporters unveiled an effort to build a $50-million indoor aquatics and wellness center in the Citadel Mall area that could be open in five years and bring in a projected $60-million economic impact to the area.

Similar centers have been big successes in other cities like Greensboro and Charlotte, and the plan received quick support from current councilmen like Bill Moody and Peter Shahid, who both represent chunks of West Ashley.

However, there are already two indoor pools, termed natatoriums, in West Ashley. They include the city-owned W.L. Stephens Aquatic Center on Playground Road, and one at the St. Andrews Family Fitness Center off Sam Rittenberg Boulevard.

The presentation harped on several benefits of the plan, like access to parking, shopping, restaurants, and the potential to attract upward of 50,000 visitors to a non-peninsular tourist attraction annually.

Wilson’s timeline included two years of fundraising, with construction to begin as early as 2021. Wilson, a marathon swimmer who once swam across the English Channel, has been fighting for some sort of enhanced swimming venue in the Charleston area for years.

Moody sees the facility dove-tailing with a host of projects in West Ashley, from the reincarnation of Citadel Mall as a multi-use facility, the ongoing construction of more hotels near it, the soon-to-open municipal senior center, and the revitalization effort that has been underway on this side of the river for the past few years.

Moody has long been a proponent of spending public money to spur even more private development, pointing to downtown improvements along the Upper King district. In that same vein, he sees an opportunity for the city to set aside a TIF zone to further accelerate growth near the current Interstate 526 terminus.

TIF’s, or tax increment financing areas where local taxes collected in a certain area would be earmarked for public projects in that same area, came late to West Ashley. Moody would like to set one up for the Citadel Mall area, he says, to pay for what he thinks the city will have to contribute to the plan.

And how much money is that?

Moody says he would like to see the city issue a bond over a $25-$30 million bond over 20 years to pay for its part, and take the money from the city’s hospitality tax coffers for that building.

He also says that he would like to see the county contribute in the neighborhood of $5 million. His son, County Councilman Brantley Moody says he would look favorable on that request, but has yet to see a formal plan. “I think a project like this could be important in the ongoing revitalization of West Ashley,” says the younger Moody, who represents West Ashley.

Shahid says the aquatic center project “should become a top priority” of the West Ashley Revitalization Commission, which he chairs. He sees a host of other stakeholders from schools to local hospital groups that could also be a part of the effort.

Shahid says that it is important to remember that once a facility like this is built, the battle is only half over, as maintaining and insuring a pool is a serious and expensive matter.

Regardless, Shahid sees the project as being in line with similar athletic facilities springing up in Mount Pleasant, including Shipyard Park of S.C. Hwy. 41, a sprawling indoor and outdoor baseball/softball/soccer facility along the Wando River. Additionally, he sees it similar to the recent announcement of a massive clay tennis court facility to be built in Mount Pleasant.

Shahid says an exact location needs to be figured out, as the aquatic center’s proposed future location is yet to be nailed down.

Moody is further excited because he sees the mall area on the cusp of welcoming more and more medical employees. He says an official at MUSC told him there was an effort to bring as many 2,000 employees to the mall grounds via its ambulator hospital center being constructed in the former JCPenney’s site, and in neighboring office buildings.

A spokesman for MUSC was not able to deny or confirm those plans.