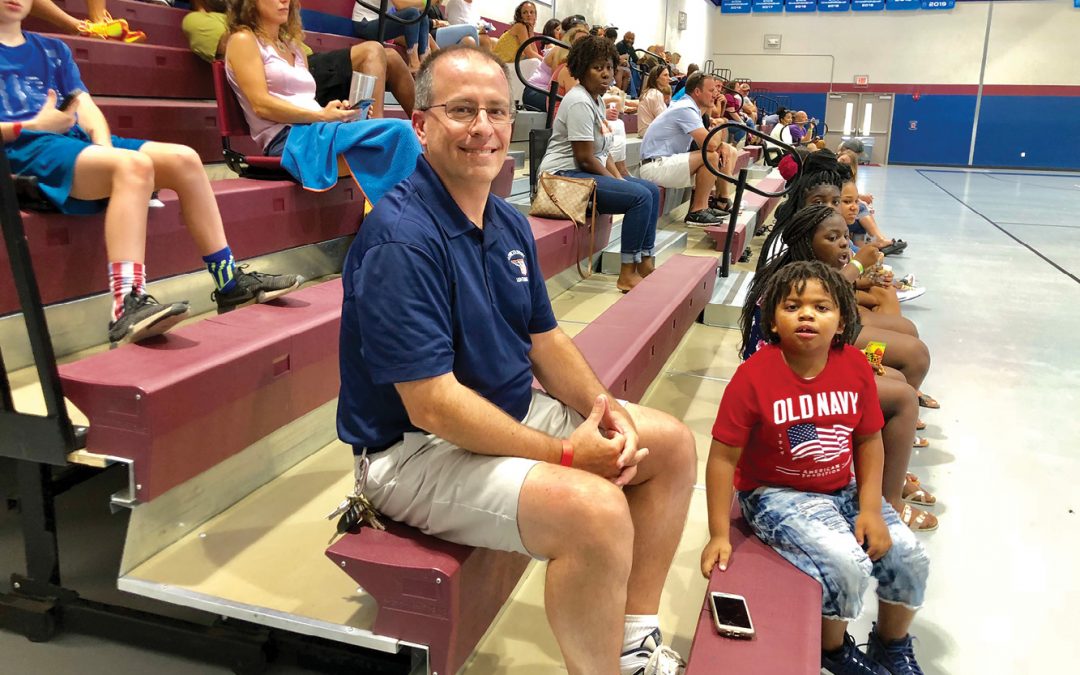 In May, Runyon says he was told by 75 Calhoun that he was being reassigned to head up an advanced studies school still under construction in North Charleston. That school isn’t scheduled to open until fall of 2020, one month after Runyon will have earned his full retirement.

This is actually the second time Runyon has been assigned to the future academy. In 2017, Postelwaite ruffled hundreds of feathers in the WAHS community when she listed Runyon’s position as “pending.”

Hundreds of teachers and supporters, many dressed in school color purple shirts, protested on the steps of 75 Calhoun in a “Rally for Runyon.” Runyon fell out publicly with Postelwaite when he earlier refused to put a handful of teachers on notice for reduced student performance in their classes.

The matrix Postelwaite had employed to identify the dropping scores was controversial, and while she had said the results would only be used in a diagnostic sense, some in the education community felt it was an attempt to get rid of what turned out to be good teachers.

WAHS had always struggled with community support, especially in the years when cafeteria and pep rally fights made it to local television. Additionally, many students in the school’s feeder area have continued to seek spots at other public, private, and parochial schools.

Runyon stayed on as principal until last month, when it was announced the school’s former assistant principal, Ryan Cumback, would be taking his former position.

Once Cumback was installed, several members of Runyon’s administration and athletic department were also shipped out to other schools across the county, including longtime head football coach Bobby Marion.

Several members of Runyon’s administration team were told their jobs were also being advertised and they “could apply for their old jobs,” he said, including one member who has four decades of public education service.

The principal will not be the only Runyon to the leave the school. His daughter, a rising senior, is transferring out, and the family is searching for a new high school destination for their rising 8th grade son.

Runyon cited a lack of communication and trust between him and the school district for pulling his children from the school, saying he was worried about their educational experience at the school going forward

Runyon said his wife, who was a guidance counselor at WAHS from 2001-2003 and still works at the district, can make up her own mind, as she already has enough years of service for a full retirement.

CCSD spokesman Andrew Pruitt released a statement: “Lee Runyon was transferred (not “removed”) and will become the principal of North Charleston Center for Advanced Studies, which is set to open in August 2020.”