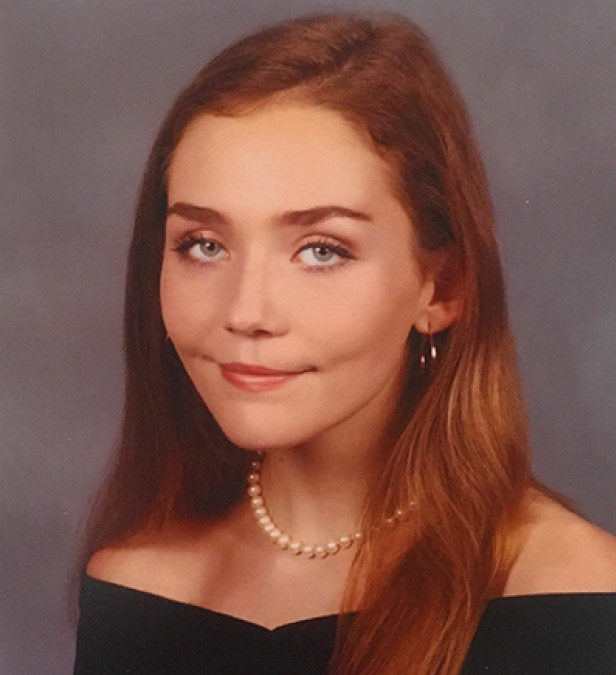 Roey Leonardi awarded $25K for literary project on religion, femininity, and the body through her reflections

The Davidson Institute for Talent Development has announced the 2019 Davidson Fellows Scholarship winners. Among the honorees is 17-year-old Roey Leonardi of West Ashley. Leonardi won a $25,000 scholarship for her project, Flesh of My Flesh, Bone of My Bones. She is one of only 20 students across the country to be recognized as a scholarship winner.

“I am incredibly honored to be named a Davidson Fellow,” said Leonardi. “I never dreamed my writing would receive the same level of recognition as the groundbreaking scientific and mathematical research of past Fellows, and I am humbled to be among such brilliant company.”

Titled from a verse in Genesis describing the creation of woman, “Flesh of My Flesh, Bone of My Bones” is a collection of fiction, nonfiction, and poetry exploring religion, femininity, origin, and the body as it relates to the self and the world around it. Following her graduation, Leonardi published her literary project under the title “Sonnets to My Skeleton”.

During high school Leonardi wrote for her school newspaper and was published in South Carolina Wildlife, The Interlochen Review, and Rattle Young Poets Anthology. She also placed in the Carl Sandburg Student Poetry Contest, the University of South Carolina’s high school writing contest, and received 12 national and 70 regional Scholastic Writing Awards. As a member of the National Honors Society, she volunteered at an after school literacy program and as an organizer of school blood drives.

Leonardi attends Harvard University where she studies English and wants to pursue a career in journalism. Leonardi hopes to continue as a published author writing poetry and creative nonfiction as well as staying involved in service organizations.

“We are proud to announce the 2019 Davidson Fellows Scholarship recipients and applaud them for their hard work and achievement in their fields of study,” said Bob Davidson, founder of the Davidson Institute. “By being awarded this recognition, these students have shown immense skill and work ethic, and they should be commended as they continue their educational and research journeys while continuing to work to solve some of the world’s most vexing problems.”

The Davidson Fellows Scholarship program offers $50,000, $25,000 and $10,000 college scholarships to students 18 or younger, who have completed significant projects that have the potential to benefit society in the fields of science, technology, engineering, mathematics, literature and music.

The Davidson Fellows Scholarship has provided more than $7.5 million in scholarship funds to more than 300 students since its inception in 2001, and has been named one of the most prestigious undergraduate scholarships by U.S. News & World Report. It is a program of the Davidson Institute for Talent Development, a national nonprofit organization headquartered in Reno, Nev. that supports profoundly gifted youth.