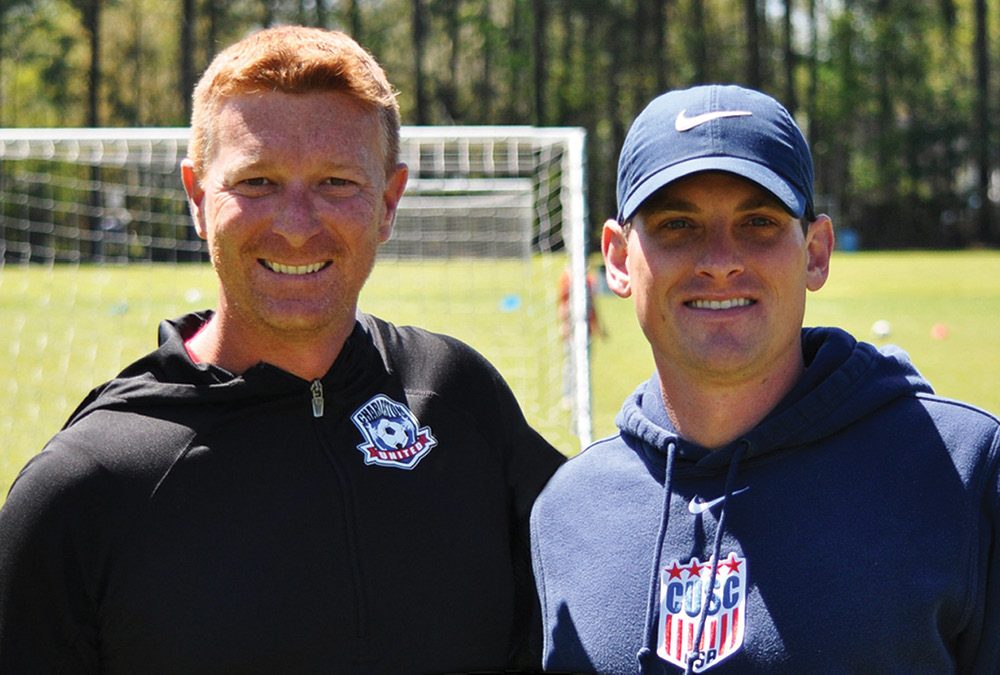 The West Ashley-based Charleston United Soccer Club (CUSC) recently had two of its coaches named Coach of the Year by the Board of Directors for the South Carolina Youth Soccer Association. In addition, CUSC, which operates through St. Andrew’s Parks and Playground, won the Parents of the Year Award (SCYSA) for 2018-2019.

Coach Noah Garrett (Girls Competitive Winner) and Coach C.J. Macauley (Boys Competitive Winner) were both honored for their efforts with CUSC. “[They] have done an amazing job over the years teaching and mentoring our youth. Both are leaders in our club and have helped create our vision for youth soccer in West Ashley and the Charleston Community. They are an outstanding reflection of all of our coach’s efforts at CUSC,” said Wakeham, CUSC director and president.

“We are very happy to have such high level and dedicated coach’s. Noah and CJ also have been successful high school coaches along side of their club teams and have devoted countless hours advancing the game in South Carolina,” said Wakeham.

Additionally, Lynn and Chris Burgess were named “Parents of the Year” by the SCYSA. for being selfless and supportive to the coaches, players, and fellow CUSC parents.

“CUSC would like to thank SCYSA and their members for their tireless efforts to support youth developmental soccer throughout the state of South Carolina,” said Wakeham.