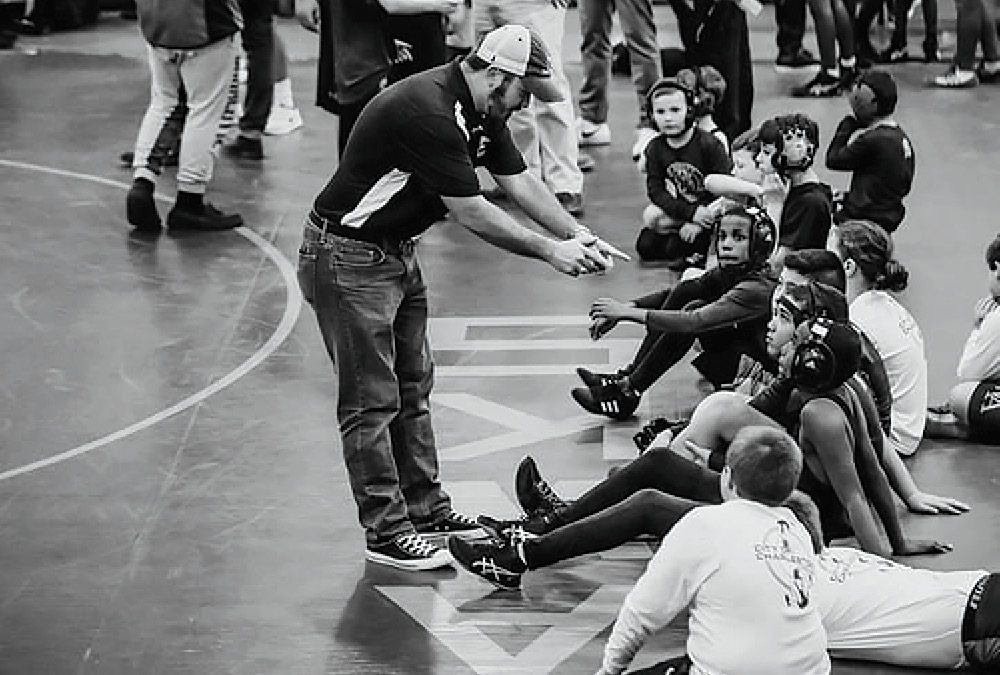 For the past three years these coaches have teamed up at tournaments and matches with their respective programs to wrestle against other youth teams. In 2018 the decision was made to create one “mega program” for the Youth of West Ashley to be called the “Little Wildcats.” Made up of kids ages 5-15 from any skill level, the group started practicing at St. Andrews Middle School on Wappoo Road on Mondays and Wednesdays. In their first season together the team welcomed more than 30 kids and 7 coaches.

“By combining the City of Charleston and the St Andrews youth wrestling teams, we are now able to offer a more robust experience to the children of West Ashley,” says coach Michael Cunningham. “We now have more coaches, and more kids, meaning that we can offer a better learning environment to help the kids get the most out of their time on the mat. Most programs around the Lowcountry were ahead of us in terms of size but with the merger we have laid the foundation for West Ashley to be competitive for years to come.”

This past season, The Little Wildcats took several wrestlers to their first competitive tournaments ever. “This past season was more than a success, as we won more medals than any of our programs combined in the competitive tournaments,” said coach Thompson. “This is my seventh consecutive year coaching wrestling of some sort, and this past season was by far the most enjoyable. This team was made up of coaches and parents that came together in every way to help these kids learn about the sport and achieve great things.”

Thompson says when he grew up wrestling in West Ashley, there was no Youth Program available. “My parents had to drive me to The Citadel downtown, and you rarely ever heard of the sport before high school,” he says. “I started the St. Andrews program to bring awareness for wrestling to our area in West Ashley.”

According to Thompson, when he met Jamison and Cunningham with the City program, the three of them knew that they had to combine. “Our kids got along so well when we would combine teams to wrestle other programs, and they were both such great coaches as well.” says Thompson.

“Youth wrestling in Charleston has come a long way since I first started coaching the West Ashley rec team 5-6 years ago, and an even longer way than since I was in middle school,” says Jamison. “Being a part of developing these kids into wrestlers and adults is one of the most rewarding experiences in my life.”

With the new season starting in November, Thompson says he hopes to have as many as 60 kids wrestling with the Little Wildcats this coming season. Registration is open from Tuesday, Oct. 1 through Saturday, Nov. 2 at any City of Charleston registration site or online through www.charleston-sc.gov/recreation.

For more information about the Little Wildcats Wrestling team email Director Branden Ladson at Ladsonb@charleston-sc.gov or Tina Smith at wahswrestlingboosterclub@gmail.com