Laughing Outside the Box 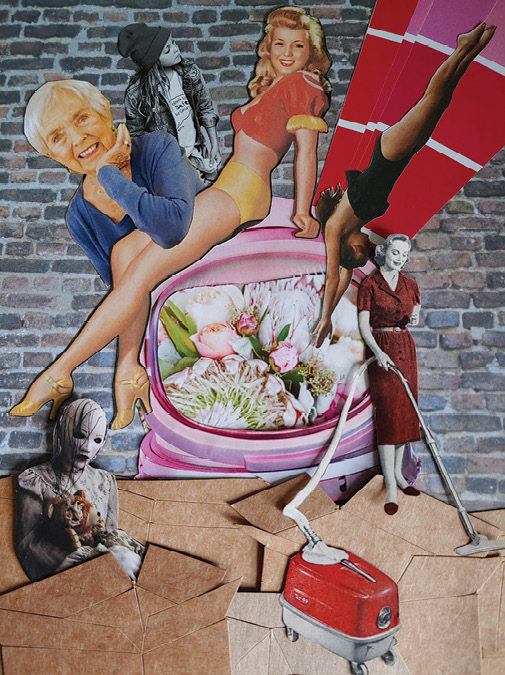 This month Tin Roof in West Ashley will stage a variety show written and produced entirely by talented local woman comics. On Sunday, Nov. 17, sandwiched in between brunch and karaoke, be prepared for a show that contains sketches, audience participation, giveaways, hypotheticals, and “whackadoos.”

Attached to the show are Maari Suorsa, Lindsay Collins, Camille Lowman, Meredith Kidd, Lily Stanton, Alexandra Bennett, and Kate Ritchie. All of the comics bring their own voice to the show in hilarious sketches and segments.

“I’m so excited for this show! eXcess boXes is a different type of show,” says Suorsa, who is the show’s organizer. “The women in this show are all so quick and funny. We’re packing a lot into a short amount of time. It’s casual, but has a lot of intention behind it.”  She says there’s nothing random added because even the random stuff in eXcess boXes has a purpose.

“As much as I dread giving a comparison I’ve definitely pulled inspiration from alternative comedy structures like Billy on the Street and The Chris Gethard Show,” says Suorsa who prefers performing sketch comedy the best. “It scratches the itch of both improv and stand up but rewards the theater kid side of me. When I do Sketch I tend to improvise a lot anyway and I prefer the scenic aspect that allows you to ‘show instead of tell,’ which is what stand-ups do.”

For eXcess boXes, the performers will be combining sketch comedy with a ton of audience participation and giveaways from local businesses.  Suorsa says she wanted eXcess boXes to feel like a show for the people that live and work here. She also wanted to put on a show that would be worth the price of admission and as an added bonus reward those who gambled on something new. So beyond the laughs, there is the added bonus of 13 giveaways from local businesses and everyone who attends the show will get some show sort of shwag.

With many high-profile female comics finally finding success in what has traditionally been a male-dominated industry, Suorsa felt the time was right to stage a female-only show in Charleston and jokes that “the millionaires south of Broad pee-peeing in their little khakis just thinking about it.”

“My urge to put up an all women show was obviously because every other show is always so dude-heavy. But on a bigger scale I just feel like Charleston in general needs it,” she says. “I think that Charleston has put all of its chips on tourism and it is hard to find something affordable and fun to do when you live here. I can only walk down King Street buying “Rosé All Day” tea towels and “Carolina Girl” car decals for six hours before I need MORE. As a woman and resident of Charleston I need MORE!”

Speaking of needing more, when asked if eXcess boXes will be a reoccurring thing or just a one-off show, Suorsa says it’s hard to know for sure because everyone involved in the show has a regular full time job. “We have teachers, a podcast producer, an office manager, an esthetician, a visual artist, and a bartender. We would love for this show to have a life beyond the 17th,” she says. “Ideally this show could go up every-other-month. It’s a labor of love and a great excuse to have a bunch of funny gals come over and make each other laugh … We would love to build a little following so that reoccurring segments would have big pay offs and we could push ourselves to consistently surprise audiences.”

eXcess boXes will be held Sunday, Nov. 17 from 7-9 p.m. at Tin Roof, located at 1117 Magnolia Road. Tickets are $10. For more information, visit charlestontinroof.com.