Have a Heart … and a Kidney 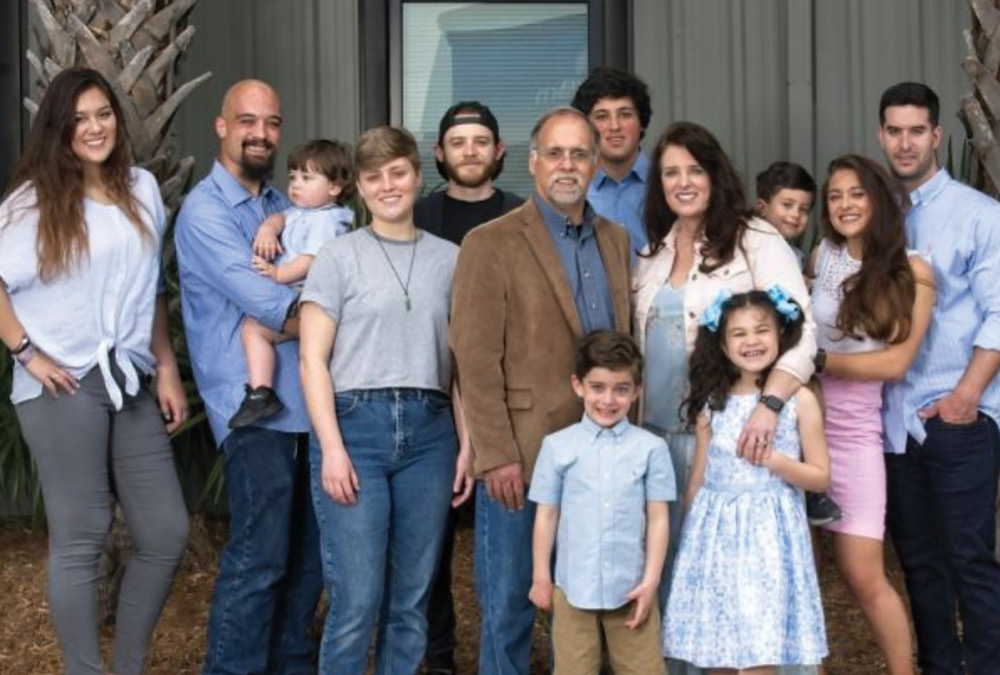 Tis the season to be thankful, almost merry in Kevin Walsh’s house, after he finally got a new heart in October. (To be clear, this is no Scrooge story.)

So bad and so dire was Walsh’s situation, that the plane turned around, landed so he could be shuttled to Baylor University’s vaunted cardiac unit.

There, his family was told that Walsh needed a new heart, ironic considering how much care and affection Walsh had poured into the West Ashley community through St. Andrews through baseball, tennis, and summer programs for kids of all ages. He would also need a new kidney, as one of his had been damaged during the incident.

Under Walsh’s direction, St. Andrew’s Parks has earned the state’s Agency of the Year award in its class four times, and Sports Illustrated recognized it as one of the top recreation agencies in the country.

New hearts don’t grow on trees, so Walsh was gifted a mechanical contraption that helped his ailing, weakened heart push blood through his body. The family set up a GoFundMe page on the internet to offset the roughly $100,000 expected bill.

Locals pitched in $35,000 in just five days two years ago. Eventually, the public donated a little more than $42,000 of the projected $100,000. Luckily the total amount dropped thanks to Walsh getting healthy enough to travel back to South Carolina where he could receive treatment in a hospital system covered completely by his insurance through his former job.

But now, with a new heart comes a new set of challenges, physical and financial.

Getting a donor heart is no walk in one of the parish’s parks. Over the past few months, a bout of post-operative sepsis set in, the shock of which in turn attacked all of the other organs in Walsh’s body.

It was clear that Walsh needed a new right kidney, which had already been weakened by the initial heart attack. So, it was transplanted at the same time as the heart, with his loving and attentive wife, Nancy, in tow.

They’re both taking time off work as he convalesces. “I do what I can do, even as little as giving him a little physical therapy by rubbing his legs or feet,” says Nancy, a local realtor. “My goal is to have him home in time for Christmas.”

Walsh, says Nancy, is more alert these days. “He’s still not strong enough to move his body,” she says. But he can nod his head and blink, using his eyes and eyebrows to communicate as best he can.

“I was surprised at how his eyebrows were very expressive,” Nancy says the week Walsh was taken off the ventilator. Even though he was removed, Walsh will still need to have a tracheotomy tube in place down his throat for a few more months.

She says that while it was a good sign that he was taken off the ventilator, he still can’t scribble a note.

“No, he can’t move his arms, as he doesn’t have enough strength yet,” she says, adding that lying flat for as long as he had to this time ‘round “the muscles kind of go away.”

But far from lamenting the ongoing struggle, the Walsh family is celebrating their leader’s latest, newest lease on life.

Nancy is confident that Walsh is seriously on the mend, and will be able to get back to caring for and sharing with their expansive family.

Waiting at home for him is quite a brood. He and Nancy have six children and five grandchildren, with two of their kids still at home where they are also helping take care of a three-months-old grandbaby.

Just like two years ago, Walsh’s recovery is a family affair. Their daughter just left after flying in for a week-and-a-half visit where she pitched in at the house, while other family members wait in the wings to help.

Now, with the new heart and kidney in place, and recovery in full swing, the final battle will be to offset some of the cost of both Nancy and Walsh being out of work. She puts it at around $20,000-$25,000 – a far smaller ask than the original damage from the heart attack in 2018.

And that doesn’t include the cost of federal COBRA interim medical insurance, as Walsh had to step away from work and the family has to provide insurance.

As such, one of their children has set up a second GoFundMe page for those that want to do more than offer up their prayers.

To contribute, visit www.gofundme.com/f/kevin039s-double-transplant-recovery-heart-amp-kidney?utm_source=customer&utm_campaign=p_cp+share-sheet&utm_medium=copy_link_all). For those that can help, it will just be payback for how much Walsh has helped West Ashley over the years.