Guest Homes Were the Precursor To Short-Term Rentals 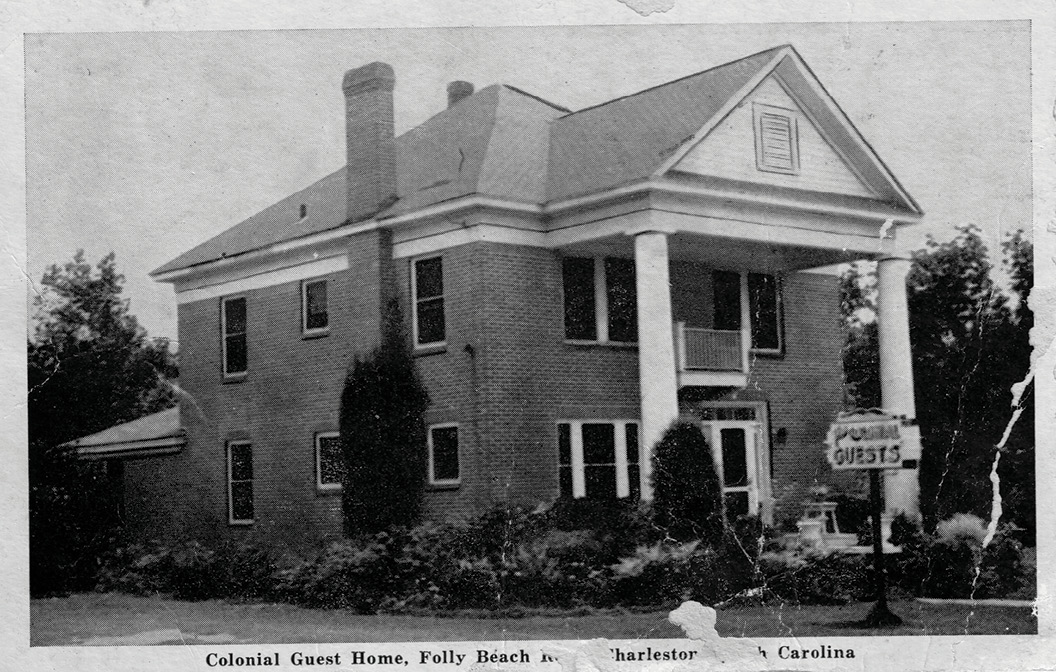 Tourism has been an important part of this area’s economy since boats started to set anchor in Charleston Harbor. This did not go unnoticed to the entrepreneurs in St. Andrew’s Parish; especially after the bridge connection was reestablished with the peninsula of Charleston post Civil War. Roadside Inns, guest homes, small motor courts and cabins were popular along Savannah Highway.

Accommodating travelers and tourists had developed into yet another business opportunity for the Parish. In addition to these early tourists, there were traveling salesmen, or men who were here on business for long periods of time. Sometimes their families might accompany them on the business trips and the guest homes were inviting and affordable.

This June 15, 1934 article states that Stocker Manor, a two-story, 14 room brick building designed and built by the subdivision development company “has been used to accommodate tourists”, sold for $10,000 to John W. and Dorothy E. Richardson. The subdivision was Windermere. It was Simmons’ first and very successful real estate development venture. He passed away in 1933 after a brief illness and his three sons: Ralph B. Simmons, James S Simmons and Jack W. Simmons handled the affairs of his estate.

The names of some other early lodging establishments in St. Andrew’s Parish include:

By 1951 the West Ashley section of the Charleston City Directory listed the following guest homes or other lodging establishments along Savannah Highway:

Fast forward to the 1961 Charleston City Directory and only the following lodging establishments were listed along Savannah Highway:

#69 LeRoy A Sires (no longer listed as a guest house)

Today many of the Savannah Highway guest homes have shuttered or are occupied by law firms, schools, or other small businesses. The modern day community is struggling with the concept of short-term rentals while continuing a long tradition of accommodating tourists and other visitors to the area.