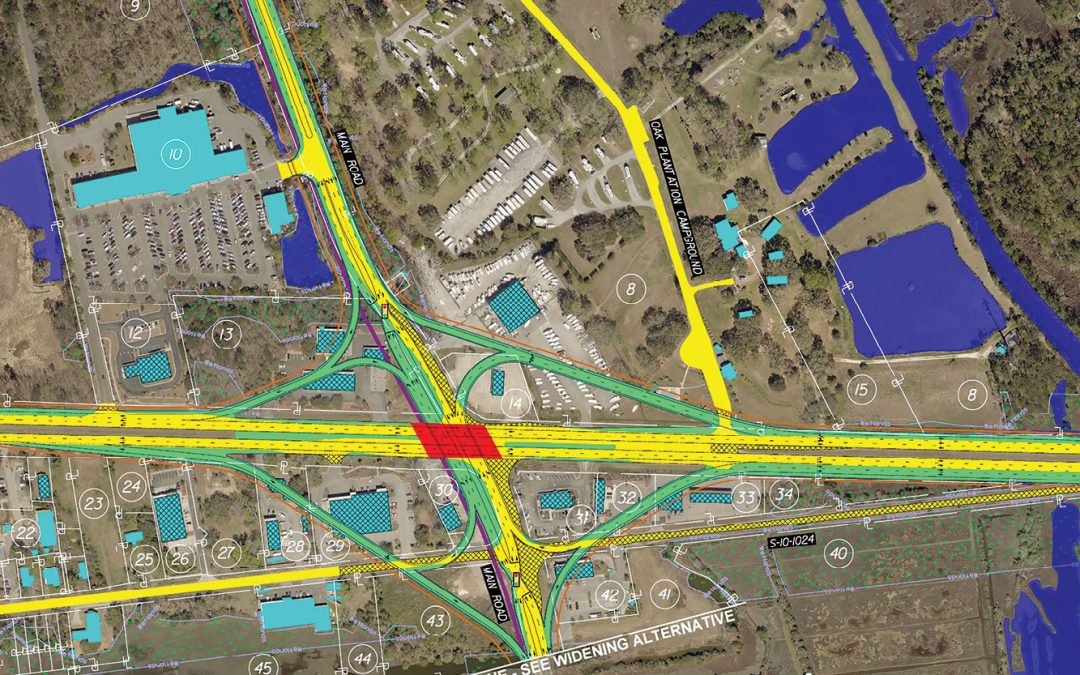 For years, locals trying to get to work in the morning and home in the evening have complained about the intersection of U.S. Hwy. 17S and Main Road.

The traffic would back up for miles, along Main Road in the morning, and along 17S in the afternoon. As one of only two ways a car can get on or off the island, the intersection is seemingly always clogged with traffic.

Especially for drivers leaving Johns Island, trying to cross 17S into West Ashley, or even worse, trying to turn left toward Bees Ferry Road. And the problem only promises to worsen in this corner of West Ashley, as the Long Savannah development is promising 10,000 housing units further south on 17.

The state had offered to build a relatively inexpensive turnaround in the median of 17S to help mitigate the traffic. The turnaround lane, dubbed a “superstreet,” would allow cars to turn right onto 17S from Main, and then U-turn it so they could get out to the hinterlands or Summerville.

But it was to no one local’s liking and deemed ineffectual considering the ongoing traffic and building pace in the area.

Last year, the county stepped in and offered to fund a more robust exchange and pay for it with their most recent Half-Cent Sales Tax fund.

The county has put forward seven different plans that address the traffic there. They include every sort of cloverleaf design from a single-leaf, to a full interstate cloverleaf.

Additionally, the county has committed to improving Main and Bees Ferry roads, including a widening project to span 15 miles from Bees Ferry down to Betsy Kerrison Parkway.

Couple of issues. One, there are no price tags attached to any of the plans, so it’s hard to decipher which are more cost-effective plans. The bigger the solution, the bigger the price tag.

Two, not all the costs are related to construction. City Councilman Vic Rawl, whose district encompasses the intersection, points out that the more leaf’s that are added on to the final project, the more local stores and businesses will be taken or compromised.

“It would be outrageously expensive to wipe out all four businesses on all four corners,” says Rawl. He says that it would take one of the larger floated plans to accommodate all the traffic, their patterns, and foreseeable growth. “When you get down to brass tacks, it looks like what is required is a major interstate-level cloverleaf for the relief to be effective.”

Thinking “outside the box,” Rawl says the best solution may be a traffic circle. While he admits the speed of the circle wouldn’t be high, “but the flow would be continuous.” But, again, that idea would eat up more and more land and businesses in the area.

“But, really, it’s too early to say” which way the county will end up going, says Rawl.

Rawl is already embroiled in West Ashley’s traffic-related issues as the point man for the county on the fight to complete 526, which could take more Johns Island traffic off West Ashley roads should it ever be completed.

City Councilman Marvin Wagner has no wallet in the fight, but he still has some strong opinions on what the county should do with its money and the intersection that backs up traffic past his Carolina Bay home every day.

Wagner says, “it’s simple; it’s a band-aid, and it’s not even a good band-aid.” Wagner wonders if there’s any solution other than creating more ways on or off the island, whether through new bridges or through 526 completion.

“In the short term, and we’re only talking three or four years from now, it will help … it would be better than nothing, but it ain’t the cure,” he says.

Wagner says there are as many as 12,000 new homes construction that the city has already permitted on Johns Island, not including the 10,000 units slated for Long Savannah down the road. With that many more homes that already “have paper,” he thinks it’s only a matter of time until whatever the county puts at the intersection is overmatched.

Wagner also worries that motorists and residents could die if another hurricane scored a direct hit, like Hugo almost did. “We’re gonna kill some people,” he says if there aren’t more and better evacuation routes off Johns Island and through West Ashley.

County Councilwoman Anna Johnson, whose Johns Island-heavy district, says she is “resolute about hearing from the people” as to what they want done at the intersection.

According to Johnson, the ongoing problems facing the intersection is proof of what happens when areas put growth ahead of infrastructure and planning.

To view the seven alternatives, go www.mainroadcorridor.com, click on “Segnet A” and click on “View the Alternatives” in the gray box.