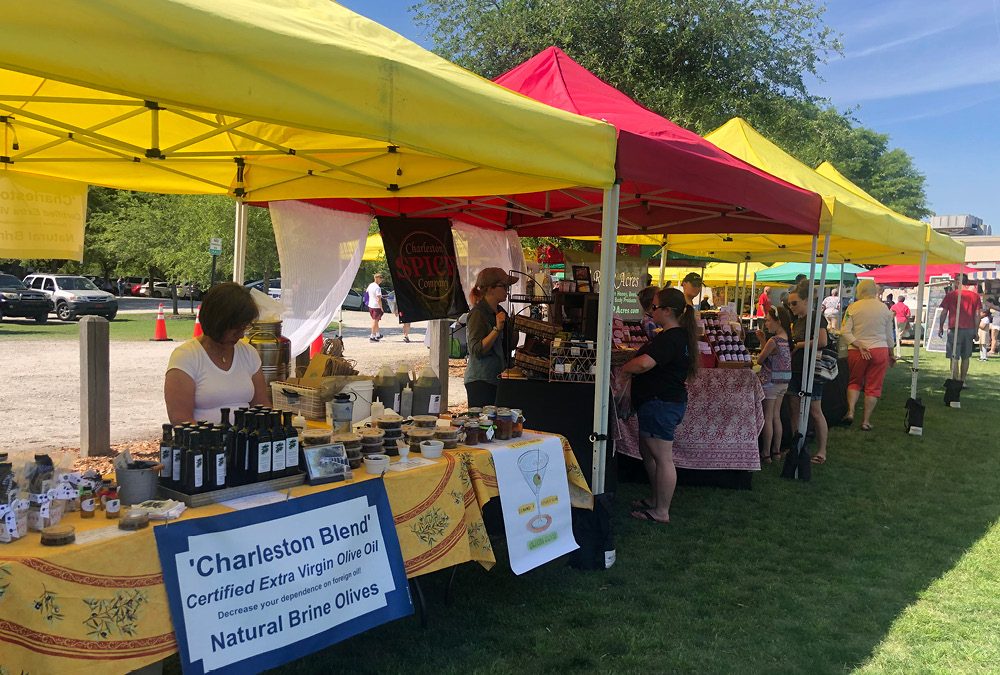 On a pleasantly warm and perfectly sunny day in late April, the 2019 West Ashley Farmers Market welcomed hundreds of local residents who converged on Ackerman Park to get their week’s worth of fresh produce, hand-crafted kombucha, fresh-squeezed lemonade, locally-ground spices, organic olive-oil, homemade pickles, and much more. Local bluegrass band the Bluestone Ramblers set up and played some tunes for the crowd as the third season of the West Ashley Famers Market (WAFM) officially opened.

The WAFM began its 2019 campaign on Wednesday, April 24 and will be held 3-7 p.m. every Wednesday through Oct. 2  at Ackerman Park, a popular and easily-accessible City-owned park located off of Sycamore Boulevard, across from the U.S Post Office and behind Rogue Motion Boat Sales and Storage. For more information, call (843) 724-7309 or visit www.charlestonfarmersmarket.com/westashley.