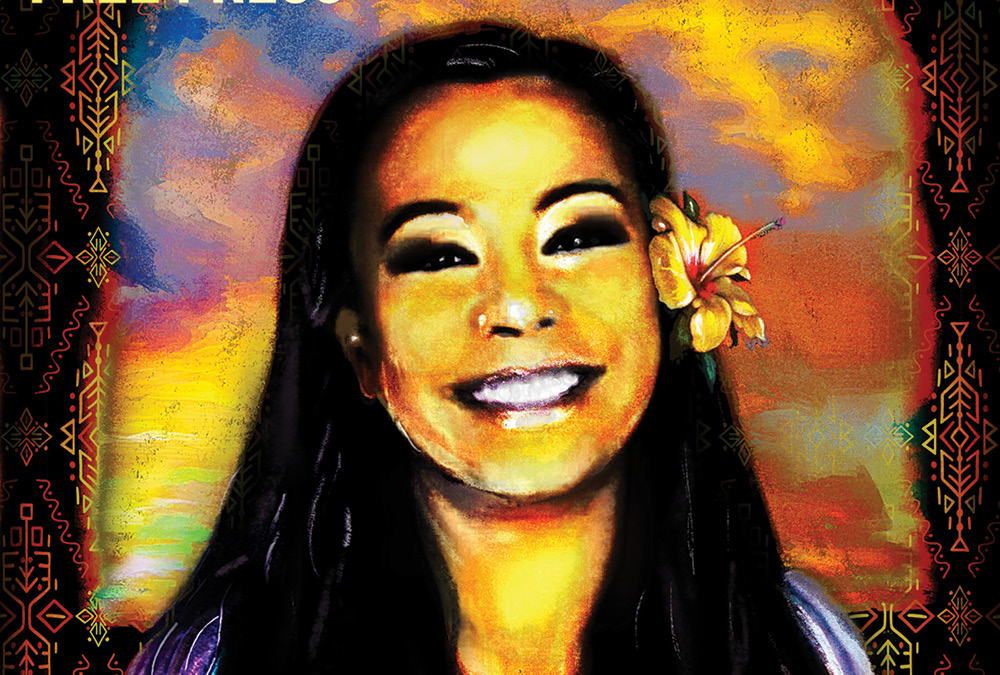 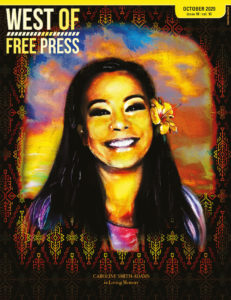 Last month Charleston’s food & beverage scene, the local dance community, and hundreds of friends, family members, and customers mourned the sudden death of Caroline Smith-Adams, mother and beloved longtime manager at Voodoo Tiki Bar & Lounge. Smith-Adams passed away Tuesday, Sept. 8 after a brief illness at the age of 40, sending shockwaves that rippled far beyond the Avondale business district, an area that Smith-Adams helped reinvent over her nearly 15 years at the helm of the popular West Ashley bar.

More than a bar manager, Smith-Adams was instrumental in building a scene that redefined the Avondale area, helping turn a sleepy and outdated stretch of shops into one of Charleston’s most desirable areas for food, shopping, and nightlife. Avondale’s resurgence can be credited with sparking a revitalization for all of West Ashley that continues today.

Beyond the bar, Smith-Adams was an adoring mother of her 14-year-old daughter Addison. A former ballerina who studied at Robert Ivey Ballet Academy in West Ashley, Smith-Adams was passionately involved in Addison’s pursuit of dance.

“There is no way to put into words what Caroline meant to the studio,” says Buffi Wade, founder and owner of Charleston Dance Center in West Ashley. “She was the first to jump in and lend a hand whether it be administrative, taking care of all the company’s team gear, or doing everyone’s makeup at competition. She was everyone’s cheerleader. She always had a smile and a positive comment to make someone’s day.”

Simply put, Smith-Adams was a force of nature who had a way of energizing those around her with her bright, warm smile, contagious positivity, and tireless work ethic.

“She effortlessly brought people together and showed us how to make the best of life. Every holiday, every milestone was shared and celebrated,” said longtime friend Faith Hawkins. “I found it funny that she would often call me for motivation because she was the real motivator. She believed in me and made me feel like I could do anything.”

Jen Kulick, who owns Voodoo Tiki Bar & Lounge along with her husband Mike, posted on Facebook following her death that Smith-Adams was much much more to me than just a manager of her business. “She was a friend and confidant. When I had a hard day, I would make sure my last stop was at Voodoo on the way home so I could unload, laugh, do a shot of tequila,” wrote Kulick. “There are many times when you are in business that you have to have false bravado and I had Caroline to always confess my fears or personal struggles. I always left feeling lighter after leaving and heading home. I feel lost and angry that she is not in this world. She was a rock to us all and I truly am heartbroken for her family, our Voodoo Family, and Mike and I.”

Mike Kulick didn’t hesitate to say that he and Jen owe the success that they have had with Voodoo to Smith-Adams, who built and managed a team of employees that became much more than a group of co-workers and made Voodoo much more than a neighborhood watering hole. Smith-Adams created a welcoming atmosphere that extended well beyond Voodoo’s employees.

“She was just one of those people who made you feel like family from the start,” recalled Hawkins. She helped create a family vibe that included her many regular customers, who saw Voodoo as a welcome oasis.

You’d be hard-pressed to find another bar in all of Charleston that’s filled with a more diverse group of people. White, black, brown, gay, straight, trans — Voodoo is known for welcoming all and Smith-Adams help set that tone by creating a convivial atmosphere for everyone.

“Everywhere Caroline went, she built a village. She was what one of our dance parents affectionately referred to as ‘the cruise director.’ She was the trend-setter around here and loved by all the kids and parents too.” said Wade.

“Everything Caroline did was selfless. No matter if she worked all night at Voodoo, she would come into the studio for meetings, run dances for us while we were traveling with other dancers, or whatever needed to be done. I can’t tell you the amount of times she saw me struggling to get something done and she’d offer to help,” said Chareston Dance Center’s Wade, who had the privilege of coaching Smith-Adams at James Island High School. “The ultimate compliment as a dance instructor is to have a dancer you trained bring their child to you as well,” said Wade. “Caroline was a true ballerina, just beautiful. The fact that she entrusted her daughter, Addie to come to a competitive studio was a huge compliment because she knew the technical training we provide was there. They are very similar in their dance ability. Addison truly is a beautiful dancer, just like her mother.”

Even during a pandemic, hundreds of people donned their masks to attend Smith-Adams funeral service at McAllister Smith Funeral Home off of Bees Ferry Road on Saturday, Sept. 12. At the service both her current partner Jeremy Lubsey and her ex-husband Bradley Adams spoke glowingly of Smith-Adams. A testament to how much she meant to so many people.

In the days following the shocking news of her passing, Voodoo closed for several days to mourn while friends and patrons came by the bar to pay their respects, leaving flowers, notes, crystals, and even mini bottles as tokens of love.

Several other Charleston area restaurants and bars demonstrated their love for Caroline by posting on social media in heartfelt messages. La Fontana Italian Restaurant on Savannah Highway and Tin Roof on Magnia Road showed their support on their marques. Daps Breakfast & Imbibe downtown created a special pancake known as the “Sweet Caroline,” with proceeds going to the Charleston Dance Center’s Just Dance program in which Smith-Adams daughter Addison is a member. The Charleston Chapter of the U.S. Bartender’s Guild’s simply said it best on their social media pages: “Charleston feels this to the core. If there was anyone to truly embody what Charleston bar culture and true hospitality looked like, it was Caroline Smith-Adams.” The South Carolina Bourbon Club raised $1,150 with $450 going into a trust that has been set up in Addison’s name, $500 going towards her dance competition fees, and a $200 Uber Eats gift certificate.

When the Voodoo staff finally did return to work more than a week later, it was both emotional and healing. “There are no words for our first night back,” posted longtime co-worker Andrew Truman on Facebook. “If we’ve learned anything over this past week, it’s that not everything needs words. Thank-you so much to everyone that was there in person, in encouraging texts, DMs, and in spirit. She’s not done with any of us yet.”

Fellow co-worker Megan Ladd, who is the marketing manager for Voodoo and its sister restaurant Tattooed Moose posted: “She went from being one of my favorite bartenders, to welcoming me into the Voodoo crew, to my confidant and close friend. Her laugh was infectious and I feel like right now I’m holding on to that. I keep thinking, ‘What would Caroline do?’ I think that’s something I’m going to think about for a long time. She truly created a family with all those she loved and that mentality for life is something I know we are all so much better for.”

“What would Caroline do?” has become the new credo for the Voodoo staff as they find a way to press on without their longtime leader. Besides it becoming a hashtag on social media, where friends and coworkers post about Smith-Adams, Jessica Taylor of Print Taylor Designs created facemasks with the phrase on it for the Voodoo staffers, who wear them in tribute of Smith-Adams. But asking what would Caroline do is more than a hashtag. It’s more than a motto. It’s a way for those who loved her to remember her and to honor the way she lived.

“My love and gratitude for her and our sisterhood is beyond measure,” said her longtime friend Faith Hawkins. “She is the best. Her energy is infinite and in all those she touched. Her physical form may no longer be in this world, but she is everywhere.”