Changes on the Half Shell 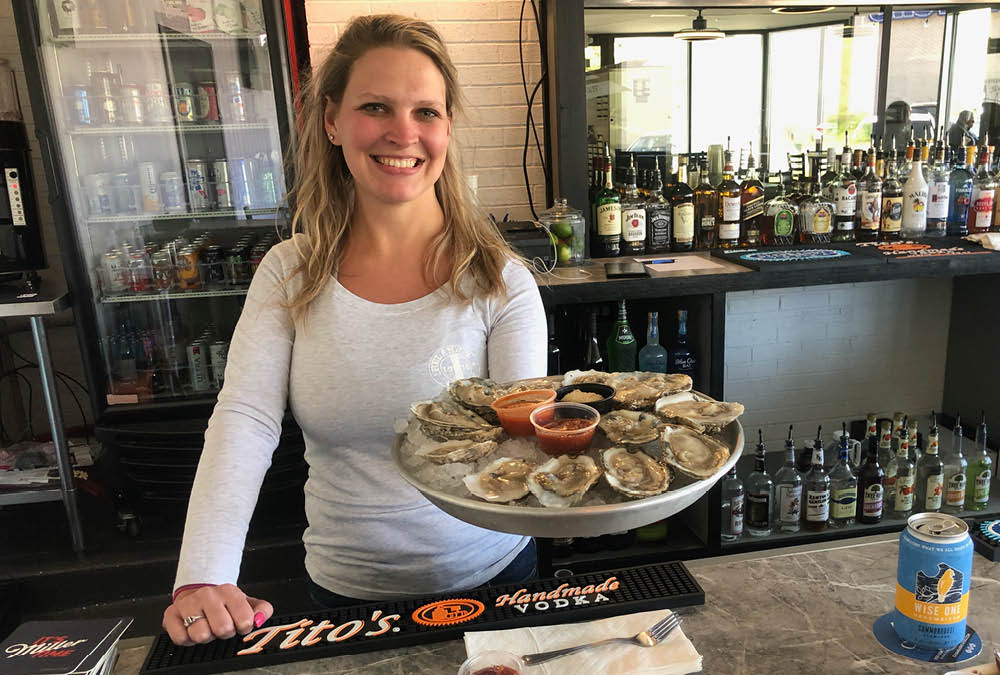 Last year The Deli opened in the former First Federal Bank location on Savannah Hwy. near the I-526 on ramp. It was the latest creation from experienced restaurateur Doug Allison, who also owns Southside 17, Ireland’s Own, and Jagerhaus Pub. His plan was to serves classic deli sandwiches at lunchtime and offer a hot breakfast for all the folks driving past on their morning commute to work.

But then a global pandemic hit …

Lunch remained busy, however, as word quickly spread about The Deli’s authentic Italian sub, cheesesteaks, and other sandwiches. But with a lot of people either out of work or working from home, that morning commute did not deliver the necessary influx of revenue needed to run a restaurant that’s only open until 3 p.m everday. Something had to change.

“When I signed this lease on this place, I had no idea that there was going to be a pandemic. Breakfast is based on volume and breakfast during the pandemic just wasn’t working out,” says Allison. “But I didn’t want to give away lunch business. I know this part of town needs a deli. Plus, I still had this nice space.”

While other restaurant owners shrank their businesses during the pandemic, Allison expanded. He built out the area that was formerly the back patio of The Deli and created a separate but still connected full-service bar with indoor/outdoor seating, liquor, 30 different beers, and a frozen drink machine. He also added a brand new patio off of that with palm trees and a soon-to-be oyster-shucking table. This grew the space by more than 1,000 square feet, not counting the new patio, which is nearly complete.

He took out the large flat-top grill in the kitchen and added in a commercial steamer. And just like that, Steam’d Raw Bar & The Deli was born.

Starting last month, Steam’d began offering fresh seafood from 11 a.m.-9 p.m. every day. Allison says he’ll likely extend the hours on the weekends in the future. He also  plans to have live acoustic music every weekend evening, adding to the coastal vibe of the new addition.

“I know West Ashley is not ‘on the beach’ but Charleston is a coastal town and I want to create a coastal vibe here,” says Allison, who plans on hosting oyster roasts out on the patio in the cooler months when local oysters are in season.

Allison admits that he never actually ate an oyster himself until he moved to Charleston. But hailing from the Chesapeake Bay area, he has had his fair share of crabs. Perhaps a Maryland-stye crab-pickin’ is in the cards too? The possibilities are wide open as Allison continues to finish Steam’d’s outdoor area. He says the space is also available for private parties.

Another way Allison plans to create a coastal vibe at Steam’d is by offering a fruity drink menu, which is also in the works, as well as always having two house specialty frozen drinks — a frozen Margarita and a frozen Sangria Swirl. He also plans to always offer a “Beachy Beer of the Month” special every month. April’s is Red Stripe for $2.50 all month long.

For being so close to the ocean, Allison notes that West Ashley has very few seafood options. He points out there really isn’t a true seafood option along Savannah Highway in the seven miles between Gilligan’s, which is technically Johns Island, and Pearlz, which is in the Avondale Business district.

“But there are seven hotels within a mile of here,” he says. “No one comes to Charleston and asks about  the local deli. But people always want to know where to get good local, seafood.” So Allison now has both a deli and a seafood restaurant. Something for everyone. As for whether Allison can balance two completely different concepts under one roof, look no further than across Savannah Highway to where he runs the two-headed monster of a 10,000-square-foot space which houses both a German sports bar and a traditional Irish pub. It’s not uncommon to see both sides packed on any given night. He hopes Steam’d Raw Bar and The Deli can do the same.

Allison has been around the restaurant business long enough to know that clever concepts are not enough in this town. The food also has be good. With the loss of the flattop, only a couple sandwiches got axed from the original lunch menu at The Deli, like the Reuben (which you can still get across the street at Ireland’s Own). The Steam’d menu is classic raw bar fare — oysters on the half shell, oysters Rockefeller, peel-and-eat shrimp, etc. But there are also local favorites, like a fried shrimp basket, shrimp and grits, and a softshell crab sandwich (when in season).

Allison says he gets most of his seafood from either Crosby’s or Captain Don’s, with as much of it being local as possible. Obviously, some of the raw oysters will be from other colder water areas, with the clusters coming from local waters when in season.

“In 10 years of owning restaurants, I have never sold one non-local shrimp and I never will. That is just an insult to our local shrimpers,” he says.