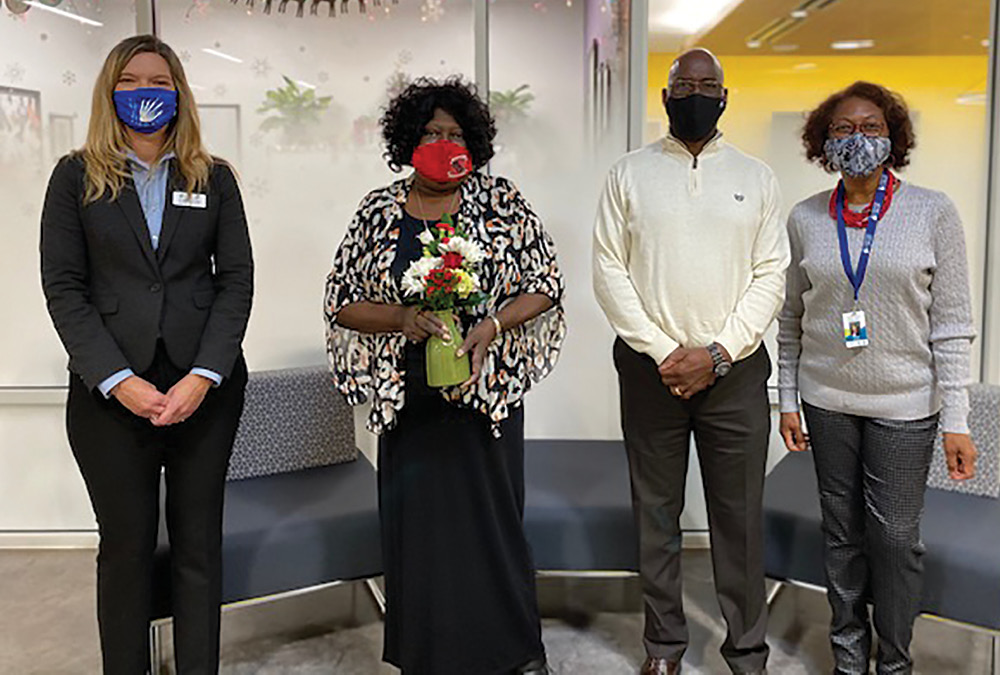 This year’s winner of the Charleston County Public Library’s Cynthia Graham Hurd Staff Award is Sheila Heyward. This award honors the memory of Hurd, a 31-year veteran of CCPL, who was killed in the Mother Emanuel AME Church shooting in 2015.

The award is presented in recognition of a current staff member who has demonstrated to the public and community the same spirit, enthusiasm, dedication and commitment exhibited by Cynthia in carrying out the mission of CCPL. To be eligible, an employee must have completed one full year of service and have at least one written nomination submitted on their behalf by another staff member.

“CCPL is honored to select this year’s recipient of the Cynthia Graham Hurd Award, Shelia Heyward,” said CCPL Executive Director Angela Craig. “Shelia has been with CCPL for 33 years, and during that time she has impacted our community with her commitment to service and connecting patrons with resources and support. Just as Cynthia Graham Hurd embodied the best of CCPL and Charleston County with her dedication to the community and to the library, so does Shelia Heyward.”

Sheila began working at CCPL in 1987, and has been a fixture at her current branch, Cooper River Memorial, for over 20 years. As Circulation Supervisor for the branch, Sheila oversees the library’s collection of materials. Recently, she helped lead the effort to transition the branch to self-checkout, where patrons can use automated kiosks to checkout materials. Sheila is also a notary public, and has worked to highlight the importance of this service at her branch, encouraging other staff members to become certified notaries.

The Cynthia Graham Hurd Staff Award was developed in 2019, when CCPL staff worked closely with Cynthia’s brothers Melvin and Malcolm Graham, and the Graham family, to establish an opportunity to celebrate Cynthia’s memory and recognize outstanding staff on an annual basis. Previous winners include K’Lani Green, 2019.