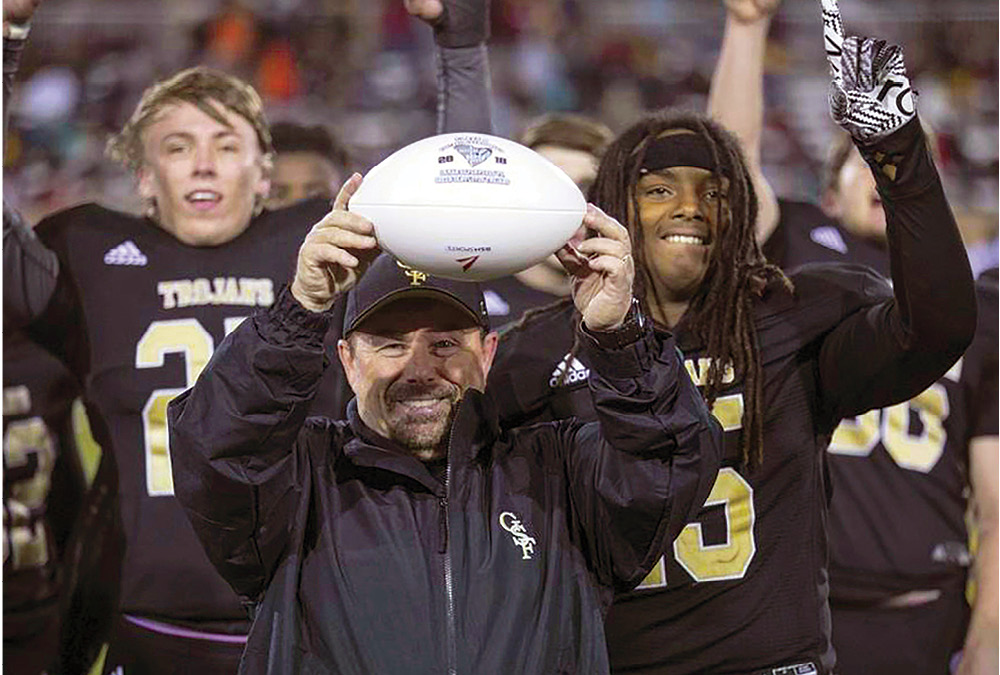 In a surprise move last year, WAHS’s incoming principal Ryan Cumback relieved former Wildcat head football coach Bobby Marion of his duties after 12 years with the school. With just weeks before the start of the season, defensive coordinator William Wineberg was named interim head coach. After the team finished the season with a disappointing record of 2-8, the search for a permanent head coach was on. Late last month, West Ashley High School Athletic Director Jeff Fipps found his man in two-time state championship coach Donnie Kiefer, who was introduced as the school’s new head football coach on Friday, Jan. 31.

“We are excited that West Ashley High has hired a state championship-caliber coach,” said Fipps. “We had a list of criteria for our next coach, and Coach Kiefer exceeded those. At the top of our list was attracting a coach that would help our football program compete for titles. We are confident that Coach Kiefer will allow us to do that.”

“I am excited about the possibilities and potential at West Ashley,” said Kiefer. “The administration of West Ashley is committed to giving their students the opportunity to succeed in every area of their high school experience. My goal is for Wildcat football to lead that charge to excellence.”

Having served as a head football coach, strength coach, and physical education teacher for the past 34 years, Kiefer has guided his teams to the state semifinals six times, the third round of the playoffs 10 times, 27 total postseason appearances, and 10 conference/region titles.

“We are beyond excited to welcome Coach Donnie Kiefer to our Wildcat family,” said Cumback. “For the past three decades, Coach Kiefer has established himself as a proven winner with the ability to rebuild programs at multiple levels, including schools our size.”

Kiefer graduated from Lenoir-Rhyne University in 1981 with a B.A. in Physical Education and began his coaching career at Wade Hampton High School (Hampton, SC) as the head junior varsity coach and head strength coach later that year. He served as an assistant football and strength coach at Wade Hampton, Princeton High School, and Davidson College before earning his first head coaching job at St. Paul’s High School in 1986.

Kiefer is a native of Concord, NC and graduated from Central Cabarrus in 1975. He also played football at Lenior-Rhyne University. Kiefer is married to Debbie Kiefer, and they have three children.