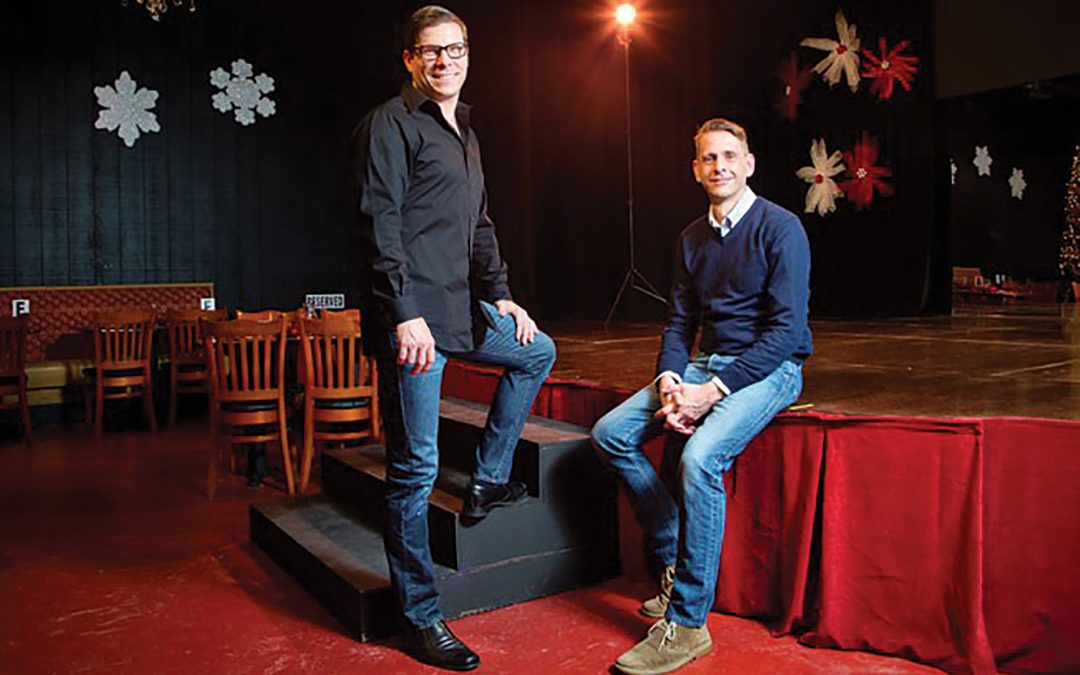 The grand opening of The Pearlstine Theatre at Charleston Stage’s new West Ashley Theatre Center last month was met with excitement and anticipation. On Monday, March 18, Mayor John Tecklenburg was on hand to celebrate the opening of the long-awaited performance venue. Known as “The Pearl,” in recognition of a generous $250,000 gift from the Pearlstine Family, the theatre has 130 seats and will start staging performances in the coming months in addition to serving as an educational center.

If theatres devotees living in West Ashley were excited about the opening of The Pearl, then the added announcement last month that the Charleston Performing Arts Center (C-PAC) was relocating to the Citadel Mall was a bonus. With the goal of bridging Charleston to Broadway, C-PAC stages original dance musicals and music revues featuring professional and local talent, lavish costumes, and elaborate sets.

Having already developed a loyal following of theatre-goers from their former home on James Island, the bigger and more centrally-located space in The Citadel Mall is exciting for executive director Scott Pfeiffer, who says the move has been a couple years in the making.

“Needing more room is not the only reason we decided to move. There is a more important reason to change our location,” says Pfeiffer. “The synergy between our organization’s mission and what is occurring at The Citadel (Mall) — soon to be EPIC (Center) — is astounding. We are all about innovation and inspiration and EPIC is about that, too.”

In addition to their performances, Pfeifer says the move also allows C-PAC to reach more people with their services, such as their Broadway workshops.

“The interest that has been raised just by people walking by is so exciting. And, once we get our signage up and get classes going, there will be even more interest which will mean we can inspire more people to participate in the beauty that is musical theater,” he says. “I think the best part is that we will be bringing musical theater and the art of making musical theater to an unexpected place — a mall. The possibilities are endless!”

Although it currently still resembles a traditional shopping mall, in a few years Pfeifer says we’ll look back at what used to be The Citadel Mall and it will be unrecognizable. He also says it will be an important part of the Charleston community, something he is happy to be a part of. “EPIC will be the place to go. The place to be. The place to get involved. The place to enjoy the diversity of what this city has to offer, from life, work, entertainment,” he says.

In the spirit of change, Pfeifer says C-PAC is also changing its name and approach. Starting this month, it will be known as the Cultural Arts Center for Charleston. “We don’t just want to showcase our work, our ideas, or produce shows for ourselves. We want to include the community more in what we do and be a place for the community,” he says. “What better place to be than where the community is. Being able to better serve our community and to do  it in a place where they already are. And if they aren’t already here, they will be!”