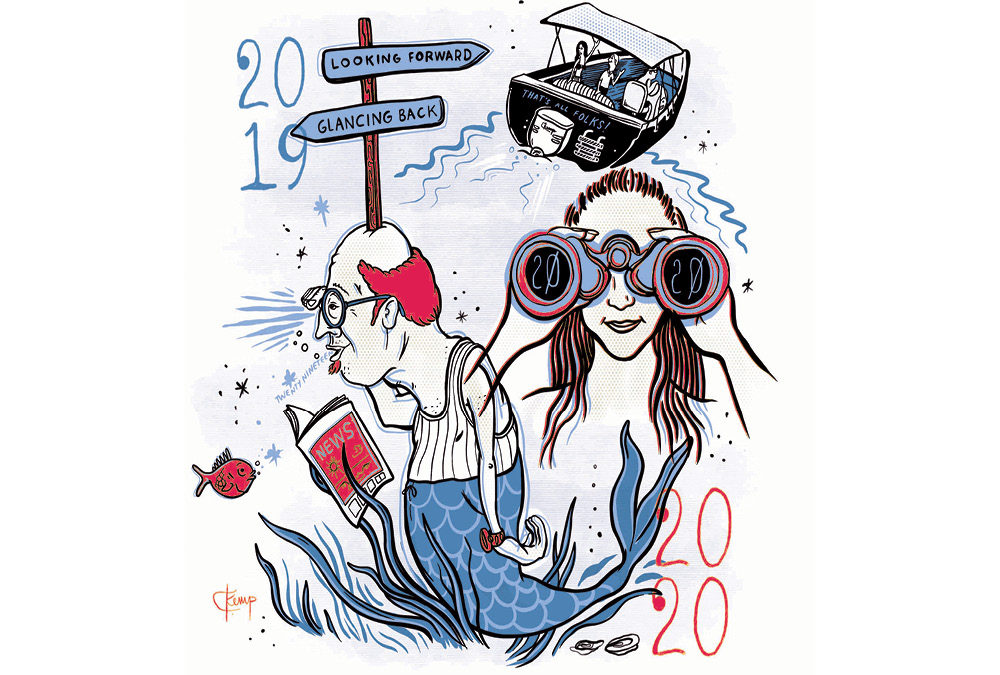 For years, it’s been reported that it’s West Ashley’s “time.” Four years ago, a neighbor won the mayor’s office and West Ashley enjoyed its first plurality on City Council.

Over the last four years, a lot of jaws have worked overtime, saying what’s coming our way. And for four years, there’s been plenty of meetings and plenty of studies – not a lot of action.

Yes, there has been some movement on smaller projects here and there. But we still have worsening traffic, houses are popping up everywhere, and the deluge right before Christmas let everyone know that our flooding woes are still unsolved.

Here’s a quick list of issues and projects that won’t be solved or begun this year:

•  Interstate 526 will not be completed. What’s more, it’s probably five more years before shovels go into the ground. There’s still permitting, final funding, planning, and more to be completed.

• A new bike/walker bridge will not be constructed this year. We got some money from the feds, but no design or lead agency defined.

• The suicide merge at Sam Rittenberg Boulevard and Old Towne Road will not be completed. The city can’t decide what to put on the old Piggly Wiggly site until the county delivers a plan for the intersection and area that stakeholders will approve.

• Whatever the Dutch tell us to do in the Church Creek Basin will take years to accomplish.

When asked what will happen in the coming year, several politicos say work on the Low Battery downtown will get underway. Quick review: the Low Battery is not in West Ashley.

Here is a list of what we can kinda/sorta count on in West Ashley, beyond traffic, flooding, and development in 2020:

• Citadel Mall’s revitalization will be taking its first significant steps, with the opening of MUSC’s ambulatory hospital center in the old JC Penny department store site. This first step will be more akin to a stepping-stone as it will allow project manager Richard C. Davis the breathing room fiscally to continue the more ambitious parts of his plan to redo the dead urban mall.

And be clear that whatever Davis is able to pull off in the transformation will be far better that a dead husk of a mall, necrotizing further. City Council will soon give its full endorsement to the plan, which now includes a staggering of height variances facing the neighborhoods (a sticking point in the recent election).

Voters who freaked over a proposed 25-story allowance can relax, as Council has reduced the maximum height at 18 stories, with five stories allowed along Orleans Road, then increasing to nine stories, while requiring more units of affordable housing throughout.

• The 2020 U.S. Census will redraw the political divisions within West Ashley. How much isn’t known, but with a “non-partisan” Council, West Ashley stands a better chance of not getting gerrymandered into a less powerful political base.

• Something will be done about the educational attainment disparity between C.E. Williams and West Ashley middle schools. What, we are not sure yet. The county School Board, at the prodding of the Dist. 10 Constituent School Board, hatched a plan to send all sixth graders to WAMS, and seventh and eighth graders to the new CE Williams Campus on the grounds of West Ashley High. Additionally, there are plans to somehow combine WAMS with Orange Grove Middle, a charter school. There will be a lot of heat, though the destination is unclear.

• Charleston will celebrate 350 years of existence with a celebration that centers around Charles Towne Landing, where it all began … 350 years ago.

• More work will be accomplished on parks this side of the Ashley, like at the former WPAL radio site on Wappoo Road, but no one sounds real sure it will be completed. That includes improvements to the Bikeway and Greenway.

•  Mayor John Tecklenburg will have an easier time getting his agenda accomplished. Three Councilmembers got bounced this last election that stood in unity against the mayor and were replaced with more Teck-friendly candidates. 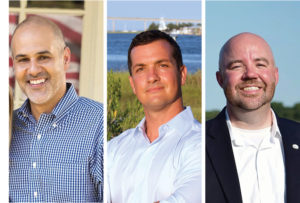 Karl Brady takes over for Marvin Wagner in the Johns Island/frontier West Ashley district. He most looks forward to tackling the city’s next budget process, knowing that the 2020 budget has already been handled before his tenure begins.

Brady’s hope is that some more opportunities for “efficiencies” pop up, and more tax money can be diverted into different worthwhile projects in the community.

He also hopes that the Census will show that Johns Island deserves a second seat representation on Council, much like James Island enjoys.

Ross Appel outwalked and out-handshook Bill Moody for his seat on Council. Appel, who was the filing lawyer in a lawsuit to freeze 526 in its tracks has promised that the inner loop “is not even on my radar” as a member of Council. “I am certainly not going to use my position to stand in the way” of what he sees as a county and state fight, even though “I may have some views on it.”

Appel says he will put construction of the bike/pedestrian bridge as his “primary” goal over the next four years. “That we got the grant was fantastic, but that’s not the design and construction itself,” he says, saying that there is a time limit on the project and that the feds largesse could go away if time schedules are not kept.

Jason Sakran represents a sliver of West Ashley in the seat he barely rested from long-serving peninsular representative James Lewis on Council, who usually stood with Tecklenburg. He says he wants to meet with neighborhood representatives to “drilldown” to how he can help preserve areas like Ashleyville from development.

West Ashley, it appears, has entered into the “long game” phase of getting things done. Traffic may be an unwinnable battle as more and more residential units pop up in infills and on former farmland.

Flooding has short-term victories that can be won, like increasing outflow. But the real fight could take decades in the face of rising sea levels (Yes, Virginia, there really is climate change), rain events that are coming more quickly and with more intensity, and with groundwater levels rising making it tougher and tougher to find places to put runoff.