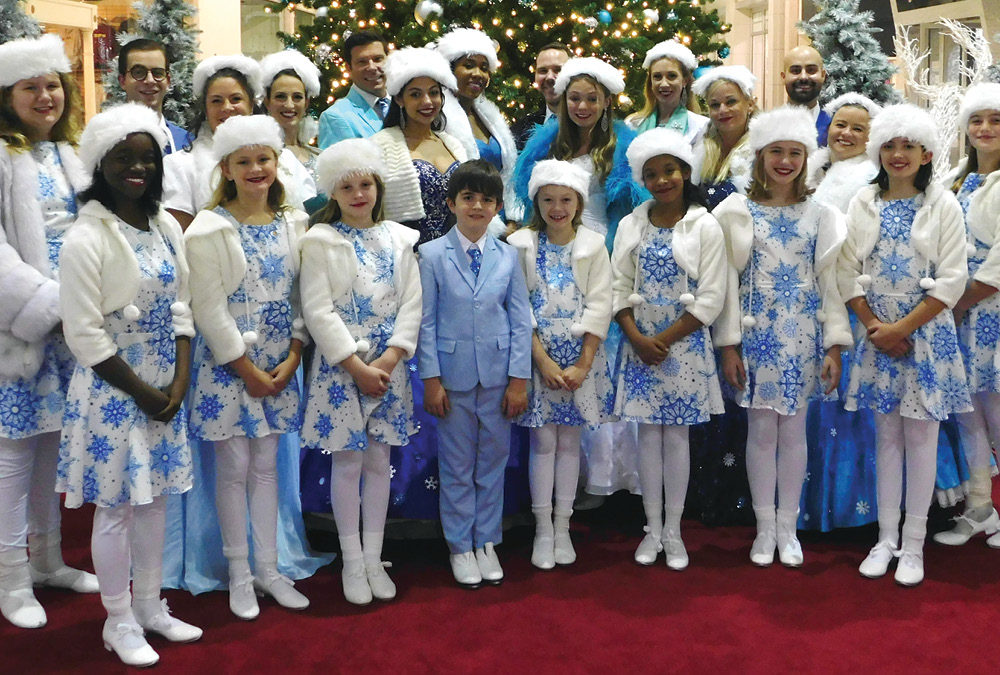 A Charleston Holiday favorite returns for its sixth year

The sixth annual production of the Cultural Arts Center Charleston’s (formerly Charleston Performing Arts Center) Holiday Spectacular will be held at the new CACC’s brand new West Ashley home in the Citadel Mall. CACC’s Creative Team have assembled a cast of 23 that includes three guest artists from New York and Los Angeles, CACC’s resident Company Ensemble Members, and 10 young performers ranging in ages from 8 to 16. Santa appears each show and will delight the audience as he sings and dances with his reindeer and elves.

Former Charleston resident Michael Daly, who now lives in Los Angeles, is returning to town for this performance. Daly says he enjoys working with  such a talented ensemble cast. “It is very hard to do things alone. You always need someone there to support and back you up, especially in performing,” says Daly, who has been acting since the age of 8. “The attraction that pulls the audience in is the vulnerability that an actor on stage can put out. You need to have that team of performers around you supporting you so that you are comfortable enough to pull that off.,”

There will be 15 performances held between Dec, 5-22. Tickets are available for purchase online at www.cARTScc.com or at the box office (Tuesday through Saturday 1pm-6pm). Tickets range in price from $12-40 and vary based on ticket type or seating section.