A Potential Park For Parsonage Road 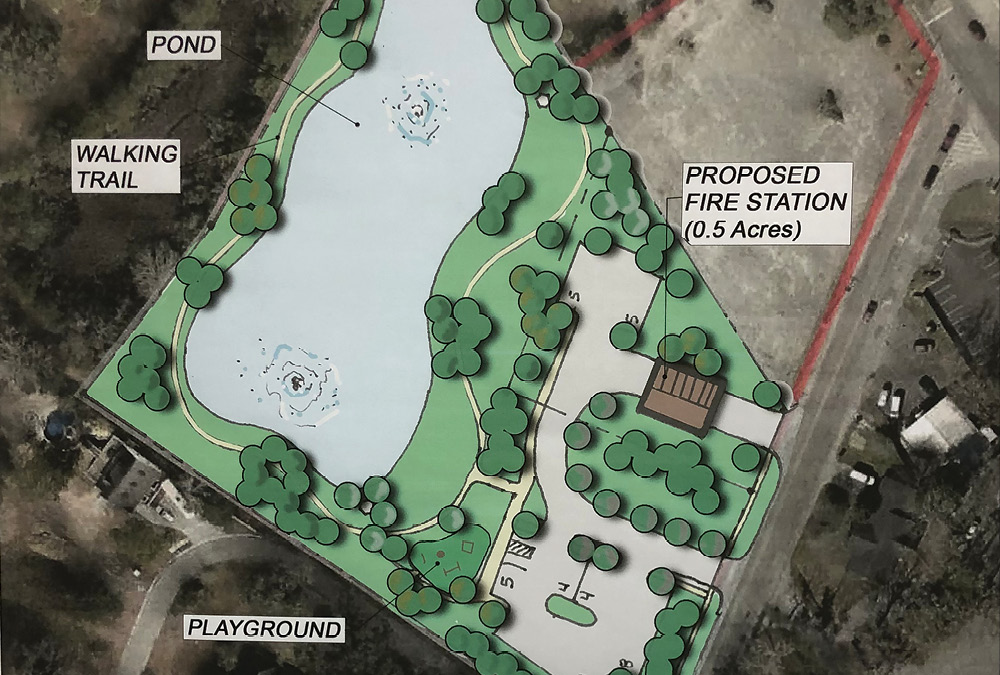 For years, Church Creek Plaza was a neglected, decaying shopping strip at the corner of Ashley River and Parsonage roads. Then five years ago, the county moved to raze the strip and take down the rotting buildings.

And the land had sat fallow on that corner ever since. The original Detroit-area owner, slow to fix up the blighted strip, has passed away, creating an opportunity for something to go in that spot.

Enter the St. Andrew’s Parish Parks & Playground, with help from county officials, who want to turn the site into a passive park, replete with walking trail, a playground for the kids, and a retention pond for the flood-prone Church Creek Basin.

While the plans are still in the preliminary stages, it would also include the fire station across the street being relocated to the frontage piece along Ashley River, and would further subdivide a corner of the property, creating more parking for an auto store located next door.

While the plans for the park may change, the major obstacle facing the project is clear: money. How can a PSD with a shrinking tax base afford a substantial piece of property like this in real estate-crazy West Ashley?

Walsh says one funding solution would be to tap into the county’s Greenbelt program dollars, which are collected from local sales taxes as part of a county-wide referendum first passed in 2004.

Since then, millions of dollars have been spent preserving tens of thousands of green acres throughout the county. Cathy Ruff runs the program for the county and says the county currently has roughly $15 million available, with about $3 million earmarked for urban projects like the proposed park.

County Councilman Brantley Moody is a big supporter of the plan and has been busy pushing the park, which would certainly have less of an impact than a 200-unit apartment complex spilling umpteen cars out into an already congested rush-hour melee.

Moody says that if the project were to be greenlit, and cost more than what the county had on-hand, it could spread the payments out over several years to make it happen.

That assumes the owners would be interested in selling, firstly, and then for how much, secondly.

Local commercial real estate agent Corky Carnevale represents the owners and says they are “very interested in making this work.”

Carnevale attended a meeting hosted by Walsh and others to unveil the plan in January, and had nothing but praise for the presentation.

“I think right now if we can come up with a legitimate number for the park land, I think it will all be fine,” says Carnevale, who balked at giving a ballpark figure. The county has hired an appraiser to set the first mark and he wants to wait until that assessment comes back before putting any numbers out.

Carnevale says the use makes sense, as a grocery there doesn’t work anymore “because Walmart is right around the corner, and Walmart pretty much kills anyone around them; they are the biggest grocery store in the country. Nobody does battle with them, especially someone who is not in the high-end market.”

Carnevale says the owners have researched using the site for storage, but he was more excited about the possibility of a park on the site. “It’s certainly the best use for the neighborhood if it all works out and I think it has a pretty good chance of working,” he says.