A Decade of Good Karma 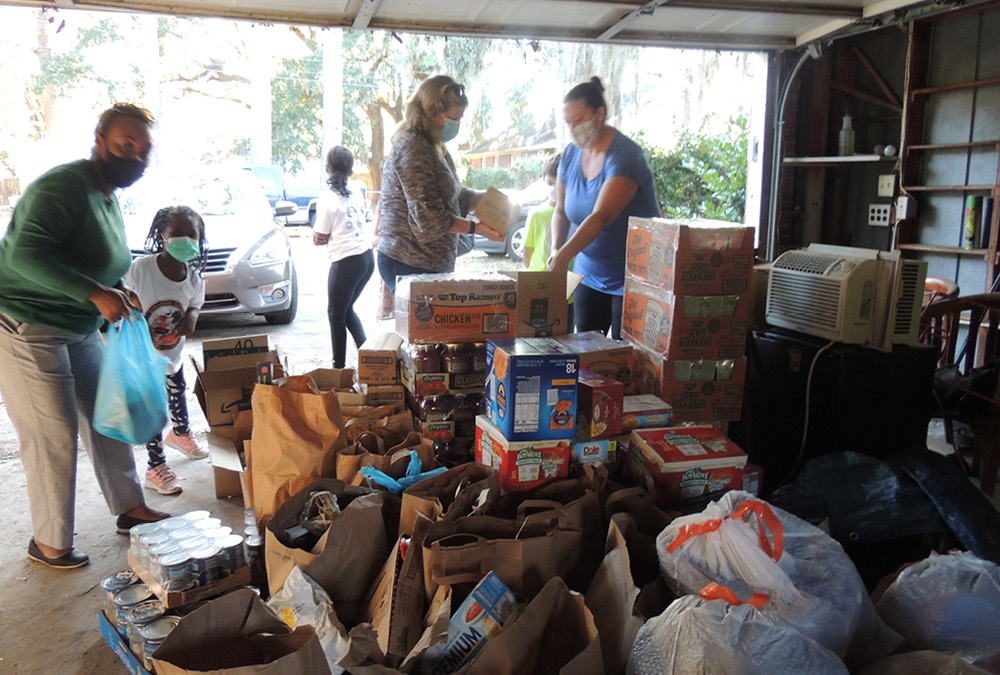 In 2011, West Ashley resident Shana Swain was pregnant with her first daughter when she and a friend were thinking about community service clubs they were in at college and how they wanted their kids to understand the power and importance of being a part of a community through helping their neighbors. So they started a food drive. Swain, now the mother of two, has continued the charity drive every year along with her two daughters Zuri and Amara, calling it Cans for Karma.

While it’s a big undertaking, especially for a mother of two who works as a realtor by day and a bartender by night, Swain says logistically pulling the donations together was pretty smooth. “I post on social media platforms and giving neighbors will coordinate with me times and places I can meet them to receive goods. In this era of limited-to-no-social-contact, we employed Amazon Wishlist, and donations would come straight to my door. From there, volunteers and I secured a storage unit to house all donations. It has been an organic process of my family and volunteers physically loading and organizing donations,” she says.

This year, with people struggling more than ever because of the economic hardships brought on by the COVID-19 pandemic, the community really answered Swain’s call. This year she says that Cans for Karma has received food and supplies from close to 90 donors.

Cans for Karma supplied donations to Lowcountry Blessing Boxes in five large areas of Charleston County. With the help of local homeless advocacy group Charleston Uplift, their outreach helped families in rural John’s Island and neighbors in need through their Blessing Tables. In years past, CFK has donated to 180 Place and My Sister’s House.