What is West Ashley Eating? 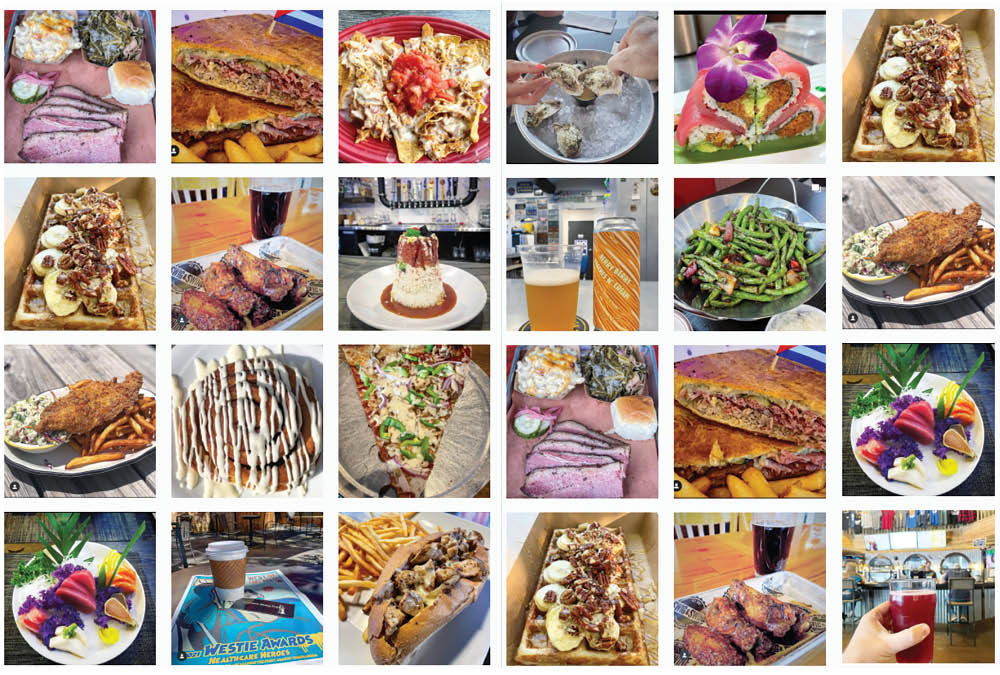 The person behind the popular new Instagram account @westashleyeats scoffs if you call him an influencer. But he is influencing people and he is having an influence on local restaurants, even if he doesn’t like the title. He also hates the term “foodie,” but he is passionate about food and is catching the eyes of local self-described foodies with his digital stories and colorful photos of various eats throughout West Ashley.

For the sake of this article, we’ll refer to him as Mr. Eats since he prefers to remain anonymous for various reasons. While he tries to keep his own identity a secret, he is revealing some of the best kept food secrets in West Ashley through photos and videos, all of which he shoots on his iPhone 12.

Mr. Eats is hardly your typical self-promoting, social media star. He’s the furthest thing from a 22-year-old supermodel sunbathing in Tahiti, taking endless selfies of himself and his beautiful friends aboard a multi-million-dollar yacht. He’s actually a 40-year-old father and business owner who drives a Toyota Camry and wears a collared shirt to the office everyday. He has no connection with the food and beverage industry other than he goes out to eat a lot.

Unlike actual social media influencers who can’t get enough of seeing themselves on camera, Mr. Eats has yet to actually put a photo of his face in any of his posts. He kind of likes that people don’t really know who he is, unless they do, of course.

“I’m just like Banksy,” he jokes, while sipping a Peach-Apricot sour beer from the patio of an undisclosed West Ashley bar. “People who know me, know it’s me. It’s not a huge secret.”

“One time a restaurant found out I was behind the account and sent us out something for free. I don’t want that. I did not do this looking for revenue. I did it as way for me—who likes going out anyway—to support West Ashley businesses, hopefully help restaurants by showing people around here maybe a place they haven’t been to or a dish they haven’t tried yet,” he says. “I enjoy taking the pictures and going out to eat. And I just got tired of posting so much food on my personal page.”

All of that being said, if the page somehow gets wildly popular and restaurants start wanting to sponsor a post (some have already tried), he says he’d have to seriously consider it as a practice but would like to find a way to do it and still keep it unbiased and honest for the reader. For right now, it’s just something fun for him to do and if it helps some local businesses out, even better.

Like the beer he’s drinking during this interview, Mr. Eats seeks out the things that are just a little unusual or unique. He’ll order the cabeza or lingua tacos from the Mexican market, Korean food from a gas station, a stuffed quahog from a seafood pop-up, perogies smothered in mushroom sauce from a quaint European café, or the fried livers n’ gizzards platter from a down home lunch joint. He also goes for the restaurant’s signature dishes, hoping to showcase some of the best things West Ashley has to offer.

“When I go into a place and look at the menu, I try to showcase something unique to that place or something that really comes across in a photo. I look for that ‘wow’ item,” he says. “And I’m not just going to the so-called ‘hip spots.’ I want to hit them all.”

Mr. Eats, who is a lifelong West Ashley resident and owns a business here, wants our side of the river to get the respect it deserves in the local culinary discussion.

“Charleston gets so much love for its food. But it’s all downtown. There’s so much good food over here,” says Mr. Eats. “Like The Gathering Café. If you’re into healthy eating and eating locally and organically, that place is such a gem. But you don’t usually hear about it.”

Mr. Eats believes that as a result of the pandemic, people in West Ashley, and in Charleston in general, are way more open to go to a place in their neighborhood and are discovering gems that have been right under their noses the entire time.

In doing @westashleyeats Mr. Eats has discovered some new places himself, like Old Li’s Restaurant on Savannah Highway, which is putting out some of the best Chinese food in all of Charleston. “It’s unbelievably good,” says Mr. Eats, who’s also discovered some longtime local favorites that he had never been to before, like The Mason Jar by Fat Boys on Ashley River Road, where he ordered the aforementioned Livers n’ Gizzards platter. “It’s something I grew up on at my grandmother’s house, but I never see it on the menu at restaurants,” he says. “I had to get it and people loved that post”

@westashleyeats first photo was posted on Thursday, Jan. 14 and since then he has built a following of more than 1,600 people and growing every day. Mr. Eats says he tries to post a “story” every day and tries to make them relevant to that specific day, like if someone is doing a half-off wings special, or if someone is hiring (everyone is hiring, BTW), or if a restaurant is hosting an event that particular evening. As for the regular food pics and videos in his feed, he tries to do about five per week.

So far the posts that have gotten the most likes and most comments have been the tacos at El Molina Supermarket on Sam Rittenberg Boulevard and the insanely photogenic Acharuli Khachapuri at Euro Foods on Old Towne Road. The dish is a large open-faced bread boat filled with cheese and topped with a bright yellow egg yolk and butter.

“The question I get asked the most is ‘who has best barbecue’ and ‘who has the best pizza’,” says Mr. Eats, who usually gives several of his favorites as options rather than promoting one place over another.

As we slowly emerge from a year-long pandemic funk, you can bet  @westashleyeats will be as active as ever, posting about the best specials and unique dishes throughout West Ashley. With new places opening all the time and old favorites waiting to be rediscovered, it doesn’t seem like Mr. Eats is going to run out of things to photograph any time soon.

Starting in the June issue of West Of Free Press, look for a new dining feature called What’s West Ashley Eating? This new monthly column by @westashleyeats will feature some of the most liked and discussed photos from the previous month.