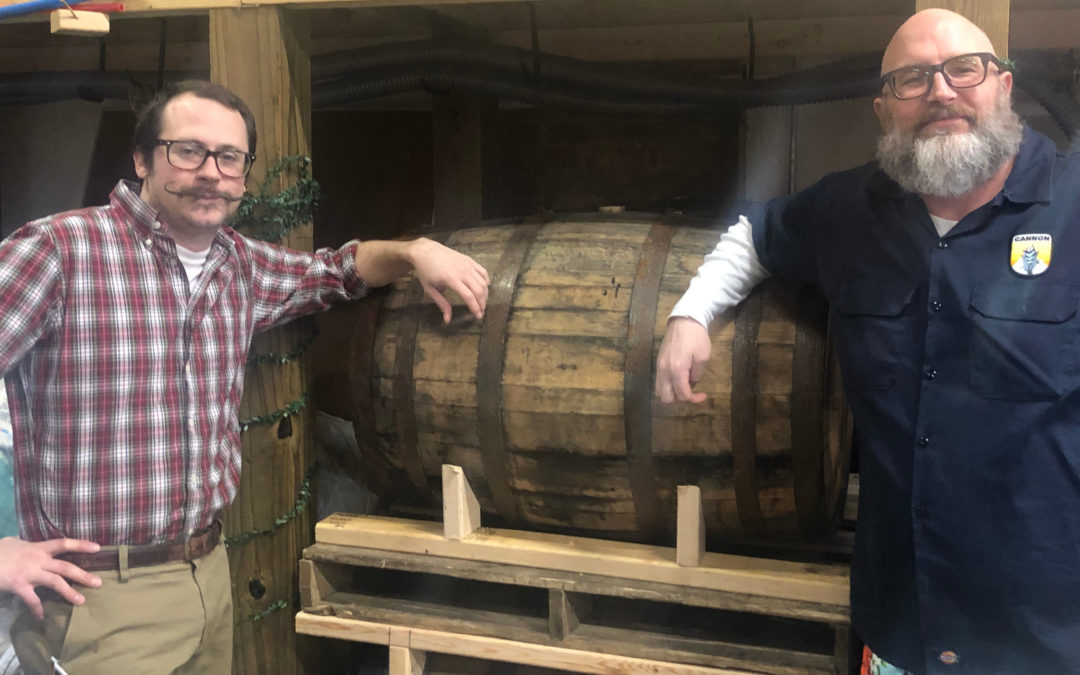 Since opening West Ashley’s first and still only distillery in 2017, Cannon Distillery’s signature grit-made vodka and its two variations (Coffee and Chai) have become fixtures at restaurants and bars around the Lowcountry. It’s Avondale tasting room and gift shop welcomes folks Wednesday through Saturday who maybe have yet to sample the vodka, which is seven-times distilled and made with local corn from Geechie Boy Mill on Edisto Island. But now Cannon Distillery has a new option for folks who may not be vodka drinkers. In December, just before the holidays, Cannon quietly rolled out their first-ever bourbon whiskey, and thus offering the very first “legal” whiskey ever made in West Ashley.

Bourbon, which is a truly American spirit, is defined by being made primarily from corn (at least 51 percent) and then aged for a period of time in a charred oak barrel, giving the spirit its brown color and much of its flavor. Cannon Distillery co-owner Lewis Dodson and resident mixologist and bar manager Roderick Weaver worked together on creating a small batch bourbon that would be unique from others on the market. Since Cannon Distillery has only been around for a couple years, this round of bourbon comes from sourced two-year “juice” that Cannon purchased. The craft comes in with what they did with the booze after they received it.

“Anybody can dump someone else’s booze in a barrel. But we think our artistry is the understanding of the oak. Our artistry is in the crafting and the secondary barreling process,” explains Dodson. “We took that two-year bourbon and let it sit in the South Carolina air for a couple months. Then we put it in a secondary barrel. We started a program that we’re very proud of called Barrel Buddies, where we work with local companies and we share barrels.”

For this particular batch of Cannon Double-Barrel Bourbon, they let it sit for six more months in barrels that were originally used by the Willett Distillery in Kentucky and then purchased by local cocktail mixer company Bittermilk, before dumping and bottling it.

The two barrels that were used this round were from Bittermilk’s Bourbon Barrel-aged Old Fashion mix. According to Dodson, the next several batches of bourbon they will bottle will be made in barrels that were used to age Bittermilk’s New Orleans-style Old Fashioned Rouge and neighboring brewery Charles Towne Fermentory’s Bourbon Barrel Aged Radio Burst bourbon barrel-aged imperial stout and Stackhouse bourbon barrel-aged imperial stout, which was a collaboration between the brewery and Daps Breakfast and Imbibe downtown.

According to Dodson, Cannon is also in the process of making its own corn whiskey and bourbon completely from scratch, which should be available in a few years. “While we’re waiting on our bourbon, we’re able to offer something that we think is really good.”

Cannon Distillery is located at 813 A Savannah Hwy. For more information, call (843) 996-4110 or visit www.distillerycannon.com