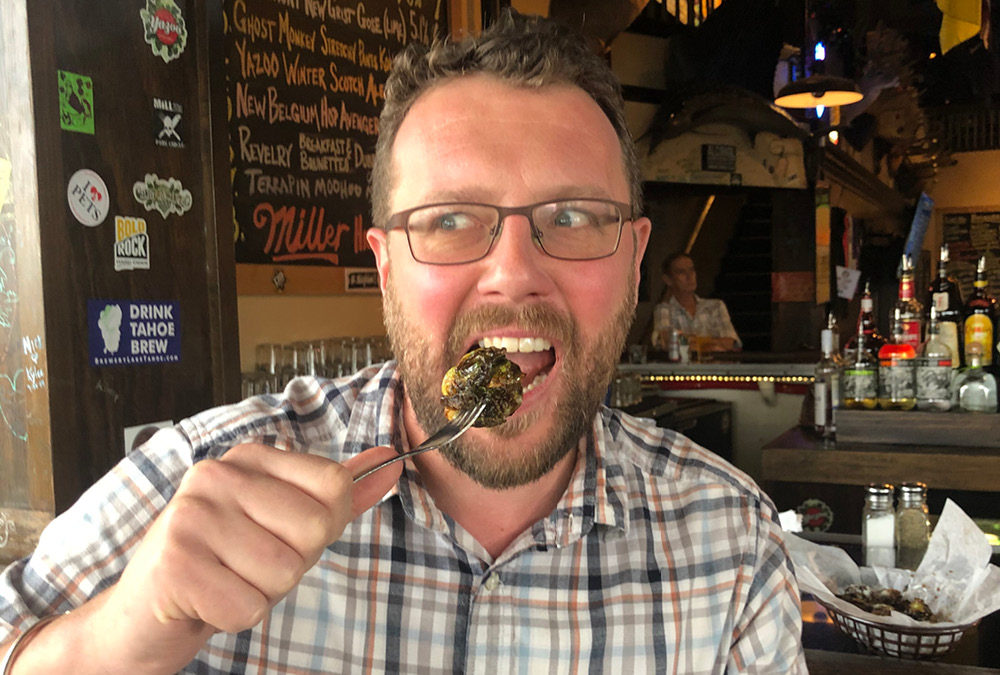 A friend once told me that bacon was so ubiquitous in the south, it appears next to the salt and pepper on every dinner table. It wasn’t long until I realized the truth to that. Salads offered at most restaurants contain meat in abundance, with bacon liberally sprinkled atop the leafy greens without ever being mentioned on the menu. Even the usually safe territory of vegetable sides are often stewed, braised, tossed, or otherwise flavored with ham, fatback, bacon, or other porky delights. I recall being asked, halfway through devouring a bread roll at a downtown restaurant, how I was enjoying the pork butter. Even the butter?

Eating out in Charleston is an incredible experience, but it can be a minefield for vegetarians. Yes, there are a handful of restaurants in the Holy City that cater to vegans and vegetarians, but they’re not always an option when you’re meeting friends for dinner, or going on a date. This series aims to showcase meat-free dishes at West Ashley eateries that can be enjoyed by anyone, whether vegetarian or not.

Even the most carnivorous-friendly restaurants can provide a solid meat-free meal for you or your vegetarian friends. So fear not the bastions of beef or the palaces of pork. Whether you’re enjoying happy hour at the Tattooed Moose, lunch at Swig & Swine, or having dinner with friends at Taco Spot, let Vegging Out be your guide.

After an hour at the gym, you deserve to reward yourself with a beer and something deep-fried. Why else suffer the agony of the elliptical? I’m not exactly a fitness fanatic, so I joined the closest gym I could find, which happens to share an entrance at Citadel Mall with the Tattooed Moose. You would expect these most unlikely neighbors to be trading sneers and arguing over where the property line is, but according to the bartender, many of the lycra-clad gym rats stop in for a drink and a carb reload after their workout. So we’re not alone, friends. But what about the fitness-fatigued and hungry vegetarian? Surely there are no options at the meat-loving Moose? Famous for their duck fat fries and slow-cooked pork sandwiches, the Tattooed Moose is a place of legend among local meat eaters. But their menu is also littered with vegetarian options, and the kitchen is ready and willing to make a few adjustments to widen the options even further.

On this occasion, I settled in with a Sierra Nevada Celebration Ale, expertly calligraphed on the draft beer chalkboard, and perused the menu. A recent addition are the fried Brussel sprouts. These crispy beauties come tossed in a citrus herb butter, topped with grated parmesan and balsamic vinegar. Dip them in the accompanying garlic aioli and the result is somewhere between a brassica and a potato chip. So many dinner table tantrums could have been avoided if the Brussel sprouts of my childhood were prepared like this.

If sprouts aren’t your thing, the cauliflower casserole is an equally satisfying use of $5, just be sure to ask them to omit the bacon which is usually sprinkled on top. Their pimento cheese, served with a stack of ritz crackers will make you feel like a true southerner, and the street corn isn’t to be missed, with a zesty lime aioli and a bite of chilli. If, for some obscene reason, you’d like to avoid anything deep-fried, or covered in cheese, the small cobb salad is a great choice. It’s just like their regular cobb salad, but sans meat.

But here is the real surprise victory for vegetarians: a perfectly grilled portobello cap can be subbed for the meat on pretty much all of their sandwiches, opening up the menu considerably. Try the Santa Fe sandwich, usually served with fried chicken breast. The portobello mushroom pairs perfectly with the ghost pepper jack cheese and avocado.

The pickled vegetables are finely grated into a slaw, and the chipotle mayo adds a spicy finish to each bite. Order the Tattooed Moose burger and the mushrooms come stacked two deep, accompanied by your choice of cheese and other standard fixings, including their very own ‘special sauce’. Vegetarians can even get their BBQ fix with portobello mushrooms slathered in BBQ sauce, smoked cheddar, and crispy onions on the slow roasted southern BBQ pork sandwich. After recommending the veggie version of the Santa Fe sandwich, the bartender chuckled and had to stop himself from asking how I wanted the mushroom cooked. “Medium rare,” I replied.

So next time you’re at the gym, or trying to avoid it altogether, consider a dive into the menu at the Tattooed Moose and enjoy a meat-free meal. Find them at the Citadel Mall, 2070 Sam Rittenberg Blvd.

Aaron O’Brien is a native of Great Britain and now lives in Charleston. He and his wife Christina make up local musical duo Oh Valentino. They eat out far too much and when not performing, can usually be found exploring vegan, vegetarian, and pescetarian options at various restaurants around
West Ashley.