(V) Is For Victory 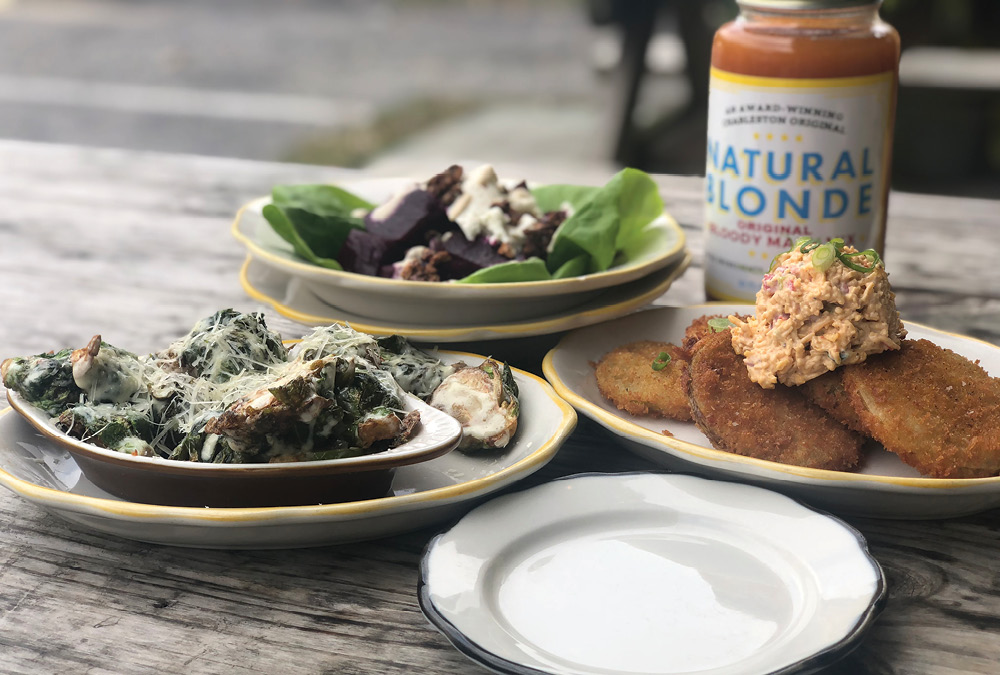 For its final installment, Vegging Out settles into local favorite The Glass Onion

What a strange and tumultuous year 2020 has proven to be. When I began writing the first installment of Vegging Out in January, I could not have predicted the trajectory this year would take or the challenges that restaurants would be forced to navigate in an effort to simply survive. Unfortunately, many have lost the battle, including some of the venues featured in this column. In January, I waxed lyrical about the brussels sprouts at West Ashley’s Tattooed Moose, a location that did not outlast the pandemic. I had begun work on a piece featuring Sesame Burgers and Beer — a mainstay of the Citadel Mall and a champion of vegetarian options — but it also closed for good before the issue could be published. There have been many more.

If we can paint a silver lining around the cumulonimbus of 2020, it is that many of us now have a keener understanding of the value of locally-owned businesses, including our neighborhood bars and restaurants. When these businesses thrive, our community thrives. It’s due to our continued support that many of our local favorites have survived 2020 at all.

Few West Ashley restaurants have more loyal followers than The Glass Onion. Even fewer have received as many regional and national accolades as this apostle of locavore food. They too were forced to pivot to curbside takeout early in the year, followed by a second closure in response to the mid-summer surge in COVID-19 cases. But now, The Glass Onion is going strong and we can once again indulge in their Southern delights. If, like me, you’re still not ready to dine inside, fear not ­— their food is best enjoyed on a well-worn picnic table, of which there are five to choose from directly in front of the restaurant.

At any other Southern restaurant, finding vegetarian dishes among the meaty menu items becomes a scavenger hunt. It requires a great deal of guesswork, hopeful optimism, and blank expressions from waitstaff. It is usually with a raised eyebrow that I listen to the server’s confident report from the kitchen that the soup of the day does not contain meat, only chicken. Choosing a vegetarian meal at The Glass Onion, however, is sheer joy in its simplicity. A rarity among most American restaurants, meat-free dishes on the daily menu here are clearly labeled with an exceedingly helpful (V). And the symbol appears abundantly on their ever-changing seasonal menu.

As Vegging Out readers will know, I’m a sucker for brussels sprouts — especially at this time of year. The sprouts at The Glass Onion are halved down the middle to ensure maximum crispiness, seasoned to perfection with a punch of garlic, and topped with cheese. Served alongside their famous fried green tomatoes with pimento cheese, it was a match made in Southern food heaven.

If you have little to do for the rest of the day, I would highly recommend pairing your appetizers with the most superb bloody mary the Holy City has to offer. I know that’s a bold claim in a town with a brunch scene as robust as Charleston’s. There are several local options for bloody mary mixes, but the Natural Blonde bloody mary made with Dixie black pepper vodka was nothing short of exquisite. It is garnished with the queen of pickled vegetables: okra and radiates a glorious light orange color.

Strangely, one of the first things that spring to mind when I think of the Glass Onion is bibb lettuce. It features in many of their dishes, including their salads, and is locally sourced from Moncks Corner. Bright green, glossy, and crisp, it forms the perfect base for their beet salad. Topped with sweet dark purple beets, sugary pecans, and North Carolina goat cheese, the salad is a riot of color and flavor.

With the exception of the collard greens, all of the sides featured on the menu are vegetarian — remember to check for the (V), and the vast majority of ‘soups, salads, and other stuff’ are also safe for vegetarians to enjoy. Even your carnivore friends can rest assured that their fish and meat were sustainably raised and harvested.

The Glass Onion is just one of a growing family of local restaurants that are committed to bringing healthy, delicious vegetarian meals to the people of West Ashley. There are also a growing number of diners, meat-eaters included, who are looking to eat more plant-based foods. Whether for ethical reasons, health concerns, or to help protect the environment, more people are choosing meat-free meals.

Over the past 12 months, Vegging Out has proven that vegetarians can eat well and eat out often all over West Ashley, even at some of the most unlikely restaurants. Sorry Swig & Swine, you’re not so horrifying to vegetarians after all.

Aaron O’Brien is a native of Great Britain and now lives in Charleston. He and his wife Christina make up local musical duo Oh Valentino. Althought this is the last Vegging Out column, looks for O’Brien’s new feature Road Trippin’ in 2021 issues of West Of Free Press.