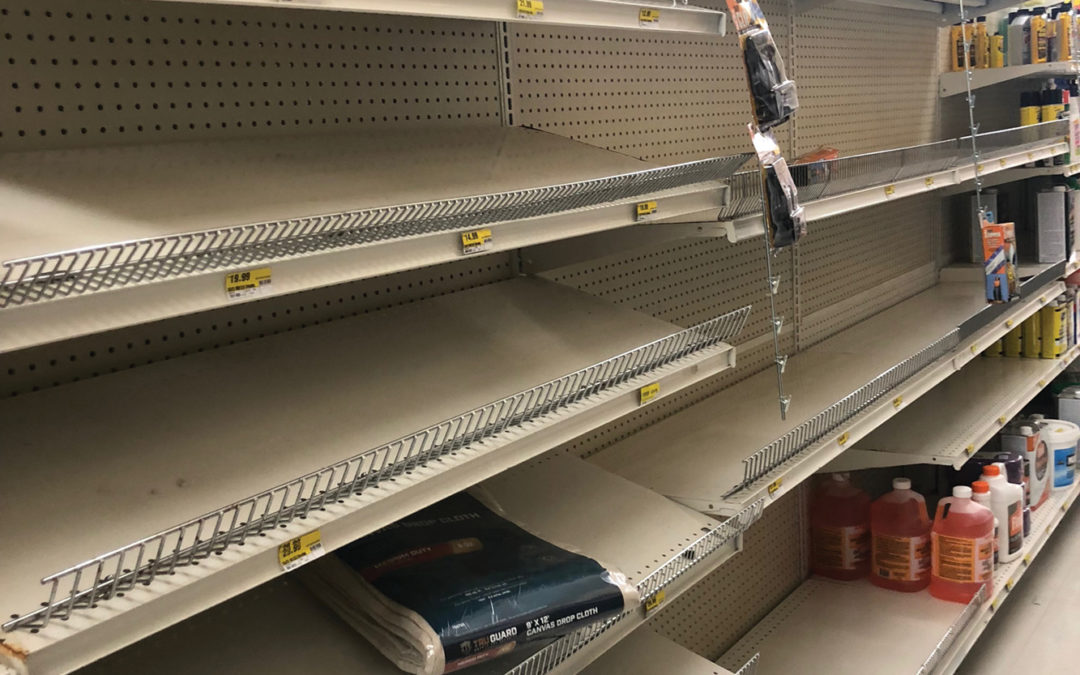 Photo: The tarp aisle at West Ashley Hardware was completely whiped out during Hurricane Florence preparations

While Hurricane Florence may not have slammed into Charleston, she affected different West Ashley businesses in different ways.

Where Publix on Sam Rittenberg stayed open longer than any other nearby grocery store, and smaller spots stayed open, serving food, water, and “beverages” all the way through what was supposed to be this year’s “Storm of the Century.”

Storeowners and managers had a tough job. They had to balance commitment to customers with their staffs’ safety, while at the same time boning up on meteorology.

A small staff at Voodoo Tiki Bar and Lounge in Avondale slung drinks and food long after many nearby restaurants had boarded up their windows. Maybe that was to be expected, as it also stayed open for Snowmageddon earlier this year, when bartenders walked to work.

Once again, for this “natural disaster,” Voodoo owner Mike Kulick left the decision of whether to open or hide to the management crew at each of his various restaurants, which includes the new Tattooed Moose in the Citadel Mall.

“As owner, I recommend people leave when the evacuation is ordered,” said Kulick “That said, if everyone wants to stay open for the neighborhood, that’s why we’re there.”

But, he adds, if it looks like things are “gonna get hairy, we pull the plug.”

For businesses like Voodoo and Taco Spot that stayed open throughout the evacuation period, it meant profits. Waylon Cain said his West Ashley True Value at the corner of Wappoo Road and St. Andrews Boulevard did four times its regular business by staying open through Saturday. “It was crazy,” said Cain, who had several trucks of reinforcements delivered almost daily.

Cain said his store sold 400 five-gallon gas cans, “as well as every flashlight, all the sand, every piece of charcoal, battery, tarp, piece of plastic, and chainsaw we had in the store.”

Cain said it reminded of his days bartending in college, when everyone was just running around at full tilt but not bumping into each other. “All of my guys were there to help,” he said the following week, obviously still riding the adrenaline rush.

Around the corner at Charleston Sports Pub, Perry Freeman’s guys were dishing out a limited menu with football and baseball games on every television to a full restaurant.

Not everyone was so blessed.

On Savannah Highway, Michael Bessinger made the decision to close his family’s Bessinger’s BBQ Restaurant because most the staff had requested off, fearing for the worst from Florence.

Bessinger estimated to have lost close to $30,000 in business, which he won’t recoup from disaster insurance because of how long the evacuation was ordered for.

Fighting for a check from the insurance company simply isn’t worth it and no monies can be recovered for the employees, owners, spoilage, or loss of revenue, he said.