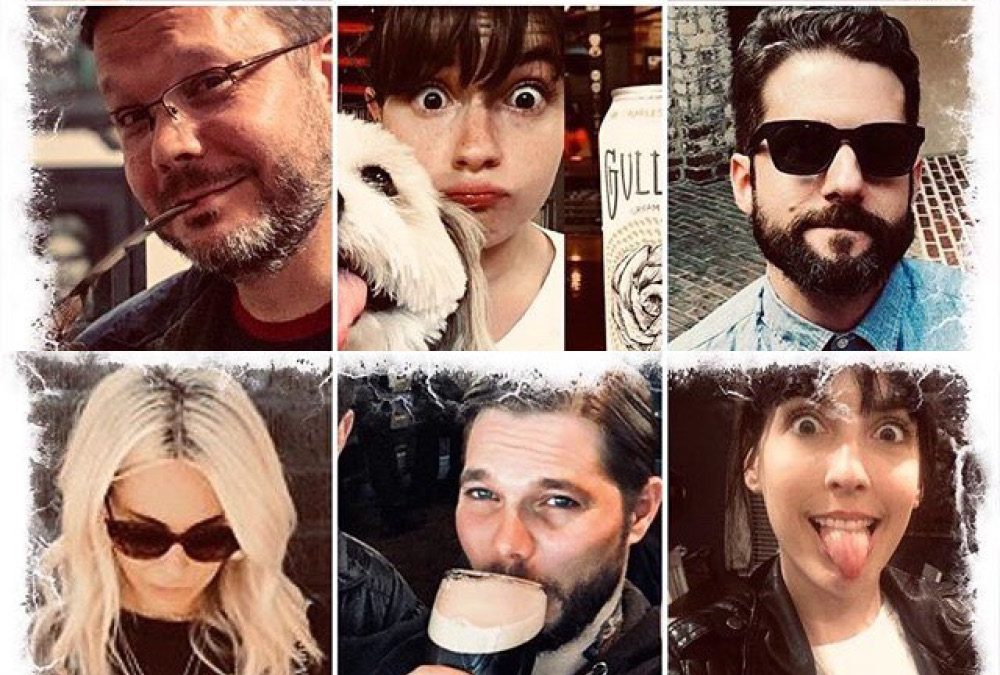 * originally scheduled to be held at Craft Conundrum, the event has moved because of closure of that business. It will now be held at Frothy Beard Brewing Co.

Six local filmmakers have teamed up to create a film competition that is as unique as it is terrifying. The 60-Second Horror Challenge is a combination of professional and amateur directors from all over the globe. The brainchild of West Ashley resident Ken Cohen and John Johnson (who just moved from West Ashley to North Charleston, but we won’t hold that against him), the 60-Second Horror Challenge is just what it sounds like. Entrants have exactly one minute to create a short film that is not only compelling but scary.

The two fellow filmmakers had participated in a similar contest where they had 15 seconds to make a horror movie when they got the idea. “Ken and I were making multiple 15-second horror shorts. We were having such a great time making these, that we thought it would be cool to create our own festival,” says Johnson. “Initially it started out being a Ken vs. John Film Festival, but we decided to make it a 60-second challenge and open it up internationally and see what we get.” What they got was nearly 100 entries from all over the world, including submissions from Canada, Spain, and Ireland just to name a few.

Cohen says he was very flattered to have so many quality entries from all around the world and hopes that next year it will grow even more. “You always want more, but for the to get 90 submissions in the first year is great, he says.

“We took the idea from the 15-second challenge, but wanted to give a little more time to do it to develop a story,” says Johnson.

Even with more time, one-minute is still not very long to create a lot of exposition and character development, but that’s why the horror genre works so well in this situation. The viewer knows that somewhere within those 60 seconds, something is going to happen that will probably frighten them. The anxious wind-up has a quick payoff and that is the fun of it from a viewer’s standpoint. But from the filmmaker’s perspective the short time frame creates a unique set of challenges.

Every one wants to do shorts that are 5 or 10 minutes, but 60 seconds is harder,” says Cohen. “But if you write script or story specifically for 60 seconds, it works really well. Some people want to have this entire story and it becomes clustered and doesn’t work. The more simplistic you are the better.”

According to Cohen and Johnson, the submissions varied from high-quality professional indie level films to entr-level films shot on an iPhone. “It was really cool to see all levels of filmmakers  together in one festival,” says Cohen. “It’s good to see the range of talent and creativity.”

With the help of fellow filmmakers Kellie Wiggins, Scott Johnson, Kirsten Ray and Erica Gillheeney, Cohen and Johnson were able to take their idea from concept to competition. And with their combined experience in the cinema world, they were collectively able to assemble an impressive panel of celebrity judges.

In addition to the celebrity judges, there is also a live screening event, where the audience will be able to vote on the people’s choice in each category. The 10 best films in the six sub-categories will be shown on June 22 from 9-11 p.m. at Frothy Beard Brewing Company, located in the Ashley Landing Shopping Center in West Ashley. The six horror sub-categories will be Comedy, Thriller, Out of this World, Slasher, Gore, and Monster. The winners of each sub-category will be played again to let the audience choose their ultimate favorite, awarding this winner the “Best in Show.”

The entire contest is a fundraiser for the Charleston Animal Society (CAS) to help their rescue efforts in the Lowcountry. All the money that went into creating the festival was donated by the organizers and 100 percent of the entry fees will go to CAS.