Getting to the “Core” of West Ashley 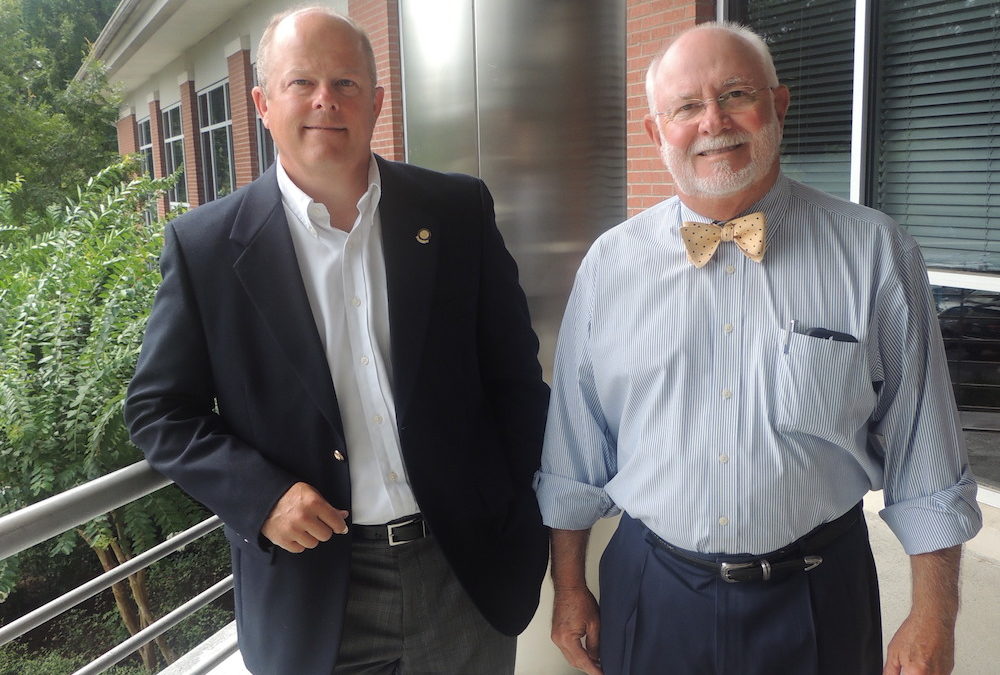 Native Charlestonian Aubry Alexander has deep roots in West Ashley. Long before representing District 9 on City Council, he was mowing lawns in Ashley Forest at age 9. He attended Albemarle Elementary and eventually was part of the first-ever graduating class at Middleton High School in 1971, but he actually played football at St. Andrew’s High. When Middleton split from St. Andrew’s the two West Ashley schools combined to field one team that year. They were known as the Razor-Rocks, combining the two mascots.

These days you can find Alexander working out most mornings at Planet Fitness in the Citadel Mall. It’s obvious he still has the competitive fire he onced possed on the gridiron. It’s what helped earn Alexander the nickname “Mayhem” when he was on council. The moniker was endearingly bestowed ypon him by his colleagues on council because of his insistance on looking at every angle of an issue and not just accepting what was presented before him. He also was never afraid to stick his nose into a fight if that’s what needed to be done.

But it was also that trademark scrappiness that earned Alexander the title “Local Elected Official of the Year” in 2011. He was a tireless fighter for West Ashley while on council during a time when it wasn’t as en vogue. And even though he’s no longer an elected official, Alexander still is pushing for a better West Ashley any way he knows how, be it through his professional work or through organizations he’s involved in, like the West Ashley-James Island Business Association (WAJIBA), in which he is a board member.

On Wednesday, June 27 Alexander moderated a panel for newly-elected City Councilmembers representing West Ashley and James Island, asking tough questions and holding feet to the fire like he did to fellow councilmembers when he himself served.

One of those fellow councilmembers is Gary White Jr., who although born and raised in West Ashley represents Daniel Island and the chunk of downtown waterfront that is S.N.O.B. (Slightly North of Broad). White, is also the co-founder, president, and chief investment strategist for Urban Core Advisors, a multi-faceted investment, analytics, and a vertically integrated real estate firm based on Tobias Gadson Boulevard in West Ashley. Founded in 2016, for the last year, White has been trying to lure his former colleagues on council to come help lead the real estate division of Urban Core Advisors.

“Aubry and I just started working together in this capacity, but we have worked together on council. We know each other very well and are very likeminded,” says White.

Alexander, who has 25-plus years in sales and is highly experienced in client relations with some of the nation’s most prominent corporations, such as Baxter Healthcare Corporation, Thomas J. Lipton Company, General Foods, and Proctor and Gamble, had most recently been working at Sotheby’s International Realty. He says he feels that Urban Core offers an unparalleled opportunity to again help shape the future of West Ashley in a positive way.

“Gary approached me over a year ago to join the firm. He was looking for an experienced realtor and someone familiar with the area,” says Alexander. “There are so many relationships I’ve built in this community over the years, from being vice president of a civic club to city council, it gives me a lot of contacts in the West Ashley area,” says Alexander. “I think this gives us a good idea of where West Ashley would like to be in the future while still maintaining it’s character and adding more housing and job centers.”

White and Alexander agree that creating job centers are vitally important to the future of West Ashley and is something they want to focus on by attracting investors to create job centers in West Ashley. According to White, 80-something percent of people who live in West Ashley go to jobs outside of 29407 and 29414. Thus putting a lot more pressure on the roadways in our part of town every day.

“West Ashley has a ton of potential, depending on how it’s managed,” says Alexander. “Some people believe it will be revitalized solely on what government can do. That’s not true.”

However Alexander and White’s experience in government should serve as a plus to investors as they are adept at navigating city codes, planning departments, and city ordinances. “All of that combined brings to the market an education over 20 years that is very beneficial to a commercial buyer or even a residential buyer,” says Alexander. Both he and white have chaired the City’s Real Estate Committee.

“At the end of the day West Ashley has a tremendous future ahead of it,” says White, who once lived in one of the first homes built in Grand Oaks Plantation. “It’s always been a wonderful place, I think it’s got an even greater future ahead it. Now is the time to invest and reinvest in this area.”