Future Wildcats Get a Taste of WAHS 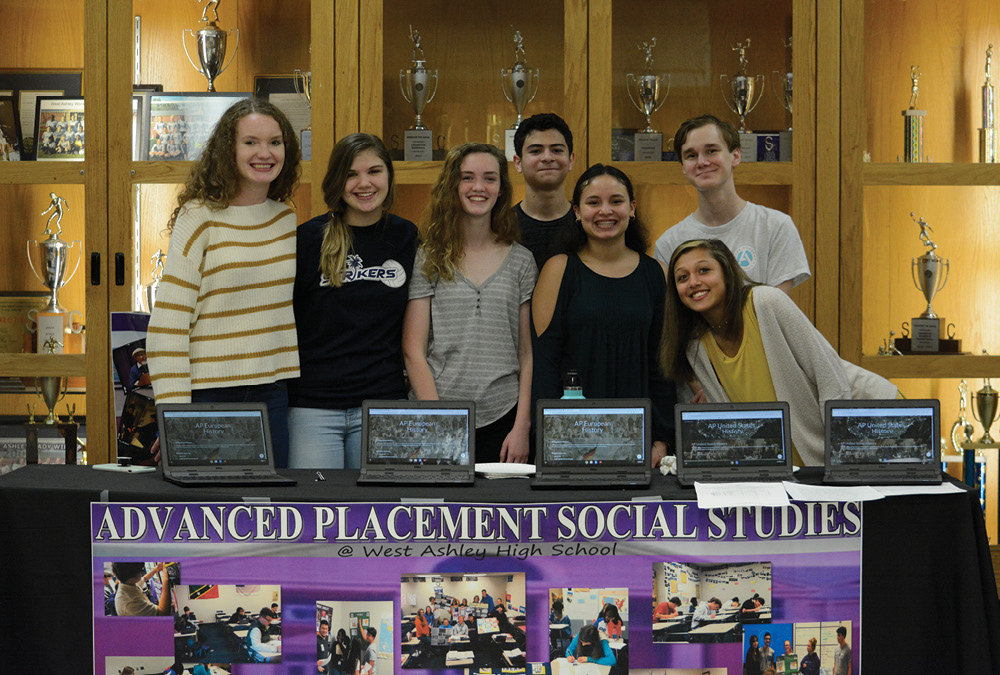 According to author Mitch Albom, it is important to “devote yourself to your community around you and to devote yourself to creating something that gives you purpose and meaning.” On February 21st, West Ashley High worked to better its community by teaching those around them more about the high school experience or rather what one might experience when they attend the school.

WAHS hosted A Taste of West Ashley, an annual campus-wide event, which showcases many of its academic departments, Career & Technology Education (CTE) programs, athletic teams, Fine Arts groups, and clubs through a variety of activities, interactive booths, and performances. Students who attend local elementary and middle schools, along with their families, were invited to see what attending West Ashley High School would be like through these different groups.

More than 500 people attended this year’s event with visitors coming from schools like Drayton Hall, C.E. Williams, and Orange Grove, among others. “We are working hard to get our school, its students, and our amazing faculty out there into the community,” said Public Relations Director Donnie Newton. “It is important for everyone to understand that we have the same opportunities as SOA or James Island and we are right in their own back yard.”

Academic departments and a number of CTE programs set up booths in the cafeteria where visitors could come by and learn more about that specific area of study. Families were able to play with a robot designed by a Mechatronics student, learn about course offerings in the English Department, or take pictures with members of different athletic teams like baseball and football at the meet and greet station.

Stopping by the auditorium afforded visitors the opportunity to watch many of the high school’s performance groups. The performances were divided into two 30 minutes sections. The Drama Studio, Chorus, and Cheer Squad made up one section while the Pawettes, Band, and Strings made up the other. Examples of their performances include members of the The Drama Studio putting on the number, “Gaston”, from their upcoming spring musical Disney’s Beauty and the Beast while the Cheer Squad performed the routine they did at this year’s ACC Championship.

Other groups such as the WAHS Archery Team set up in the Small Gym while the WAHS NJROTC Air Rifle Team set up in their classroom in order to give families a hands on approach to their respective programs. Students were able to pick up a bow and arrow or pick up a rifle and see what it would be like to be a member of each team.

This year, a number of business partners were invited to set up booths at the event as a way of promoting themselves and as a way for the high school to say thank you for all of their support. Businesses like Live for Wellness Chiropractic Center and the SC Federal Credit Union were among those present. With the event taking place at dinnertime, food trucks such as Rolled Quesadillas, Smoky Oak Taproom, and Kona Ice also joined in the festivities.

Prospective students and their families were able to stop by a Math and a World Language classroom to meet two teachers and participate in a quick activity in that department’s content area. They also went down the CTE hallway and were able to tour our Nail Technology classroom, sample treats from the Culinary Arts lab, and visit the Marketing program’s student-run school store, the Cat Shack, among other special areas.

“This event truly represents what West Ashley High School is all about,” said Newton. “It is a place where students can come and learn about almost anything. This school is one of the most diverse schools in Charleston County; not only race and gender but in terms of the programs, athletic opportunities, Fine Arts groups, and clubs that are offered to all who attend.”