Flashbacks of Holidays Past 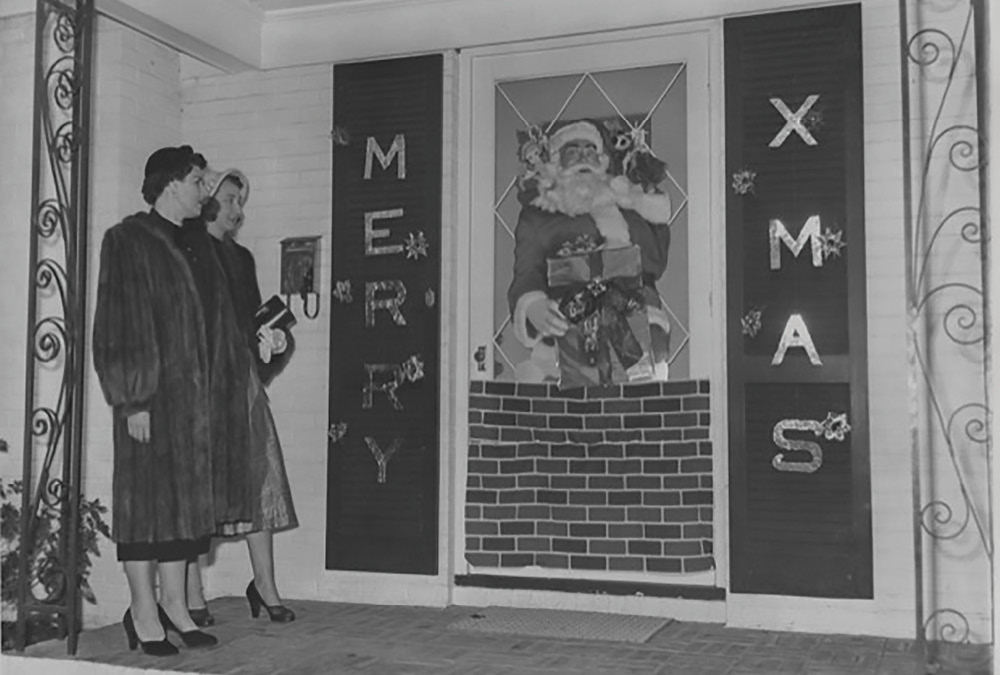 Everybody loves a parade, especially a Christmas Parade. A 1959 article from The Charleston Evening Post announced a Santa Claus parade sponsored by the newly opened St. Andrew’s Center. Santa would ride on St. Andrew’s Parish’s newest fire engine from the St. Andrew’s Fire Station 1 on Folly Road through the neighborhoods to St. Andrew’s Center. High Schools, merchants, and area businesses were invited to join in the parade on that Friday in late November of 1959.

The idea of a parade must have caught on because for more than a decade after 1959 the West Ashley Jaycees hosted a Christmas Parade that was sometimes called a Yule Parade. The last parade was held in December of 1974. The news that the parade was cancelled for 1975 was upsetting to the area residents. Mrs. Larry W. Burns of Valley Forge Road wrote a letter to the Charleston Evening Post expressing her frustration over the cancellation announcement.

But during the approximately 14 years that the parade was held it was quite a production and helped create the Christmas spirit for the community. The parade route varied over the years, once going all the way from South Windermere Shopping Center to Wappoo Road and back to St. Andrew’s Center. Some parades involved as many as 100 different participants in the form of floats with various themes, decorated cars, clowns, antique cars, fire trucks and marching high school bands from the area.

Most parades awarded prizes for best floats in varying categories, best-decorated cars, and the bands were also ranked. There were beauty queens, a grand marshal, which sometimes was Mayor J. Palmer Gaillard Jr, other politicians, scout troops, local businesses, and of course, Santa was always the favorite.

In 1962 the photograph that ran on the front page of The Charleston Evening Post showed “Old St. Nick” in a sled pulled by a team of five reindeer with Rudolf at the lead position! The reindeer were imported from Alaska for the occasion. It was also noted, for some years, that the weather added the “seasonal” cool air to properly accent the event. Enjoy the holidays West Ashley!

Local historian and author Donna Jacobs would love to hear your holiday stories and see your old photographs of St. Andrew’s Parish. Contact her at westashleybook@gmail.com