West Ashley Flashback — Back to School 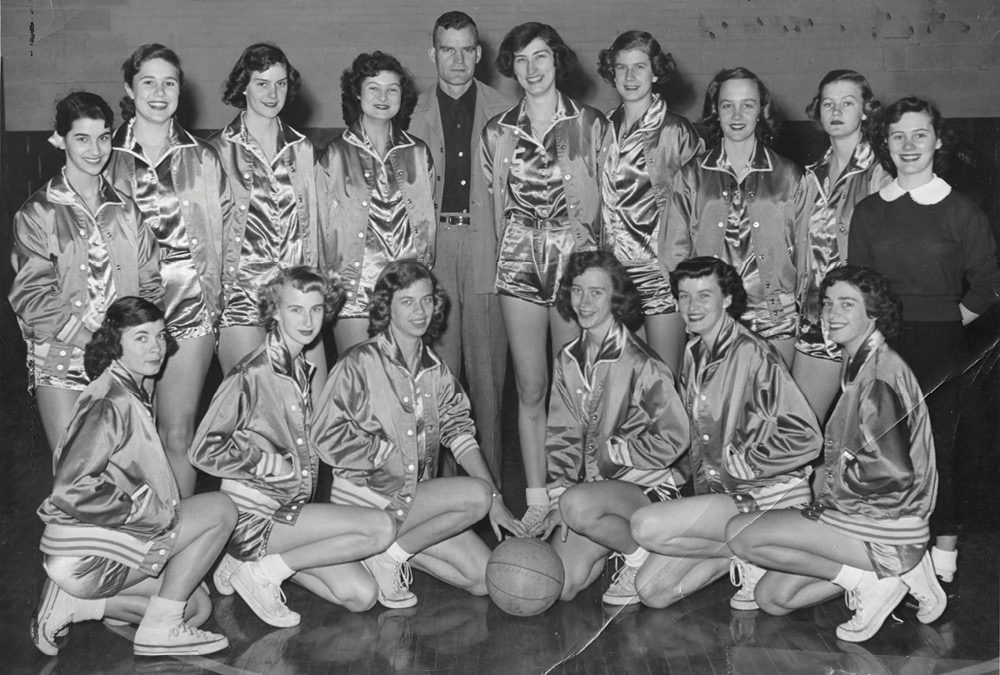 Returning to the halls and fields of St. Andrew’s Parish School

In the Celebration of Progress brochure published in October of 1943 by the Exchange Club of St. Andrew’s Parish there is a page with a history of “St. Andrew’s Parish School”. The first sentence reads: “The first school to be established in the Parish was in 1898 by Edward T. Legare at Old Town Plantation, (the original site of the City of Charleston.)”

An interesting statement of fact that can be challenged by two articles that ran in The News and Courier, one on the Feb. 21, 1896 and another on Sept. 30 1896. The February article announced a celebration of the fourth anniversary of the “Frederick Duning Industrial School.” The principal of the school was named as M.M. Just. Other records and information about this school described its formation in 1892 in the Town of Maryville. (The name for this school has been cited with several iterations of the name – Denning, Deming, Dunning, Duning. The correct name of the school is: Frederick Deming, Jr. Industrial School.)

The formal history of the school system that served the white population in St. Andrew’s Parish begin in the year 1898 in a church on the plantation of Edward T. Legare at Old Town.  Miss Louise Williams was the sole member of the faculty and she taught all grades. Edward T. Legare, L.W. Von Postel and L.M. Ridgeway were the first school board trustees. This school was not easily accessible to all the families living in the Parish so in 1899 a branch school was opened on New Road — what is known today as Savannah Highway.  G.D. Dupont, Sr. donated the property for the school and Miss Helen McCarthy served as the first teacher.

The two schools consolidated in 1909 to a site a short distance away on Savannah Highway. By 1918 the decision was made to move the school to the geographic center of the school district on Wappoo Road. This school was known as the Little Brown School House.  One decade later, Mrs. John Postel, the principal of the school in 1928, formed a Parent-Teacher Association.

The PTA formed a building committee for a new school and in 1930 the iconic structure with its four white columns and “Senior Steps” was constructed on the Wappoo Road Site for a reported cost of $75,000. This building housed eight classrooms, an auditorium, and auxiliary rooms. By 1939 it was necessary to expand the building to accommodate high school students.

As the Parish grew grades were added to this school to accommodate the growth in the Parish. When the elementary population grew to the point that a separate school was deemed necessary Albemarle Elementary School was built and became the first elementary school in this St. Andrew’s Parish School System.

V. M. Lomas was appointed the principal of the new elementary school. Lomas had previously taught mathematics at St. Andrew’s Parish High School. The article that ran in the Charleston Evening Post that year detailed the number of classrooms (12), the members of the faculty (10), and other features of the school — auditorium, auxiliary rooms, and modern equipment. Originally the school was attended by the white youth from the area, by 1959 the following neighborhoods were allowed to enroll students at the school: St. Andrew’s Homes, Ashley Forest, Carolina Terrace, Magnolia, East Oak Forest, Maryville, Ashleyville, Charlestown Estates, Jackson Heights, Hillside, Old Towne Acres, Heathwood, Northbridge Terrace, Lenevar, and a few areas that were defined only by road boundaries.

In 1950 St. Andrew’s Elementary School opened with 13 teachers and 464 students. The school was nestled on land surrounded by Byrnes Downs, Windermere and farmland that would become South Windermere. V.M Lomas of Albemarle School was named the Principal.

Wallace Consolidated School opened in 1953 to serve the educational needs of the African-American students living in St. Andrew’s Parish District #10. This new facility contained fifteen classrooms, library, shop building, administrative offices, multi-purpose room, and a kitchen. The school was one of many built as part of the South Carolina School Equalization Program. This “equalization” program rose out of the Clarendon County lawsuit of Briggs v. Elliott  which challenged the state’s “separate but equal” position on education.  In 1951, under the leadership of Governor James F. Byrnes, the state legislature passed the first general sales tax. This 3 percent tax was designed to fund new construction of African-American schools in order to comply with the Federal “separate but equal” mandate and to avoid a forced integration of the school system in the state.

Previous to this, the African-American students attended various schools in the Parish: Deming School in Maryville, Runny Mead School near Magnolia Plantation, and Red Top Elementary in the community of Red Top. Mr. John W. Carr, Sr. was recruited from his position as a carpentry teacher at Burke High School to become the new school’s first principal. The Wallace Consolidated School’s motto was: “Enter to Learn, Leave to Serve.” The Equalization Program was never successful in creating the “separate but equal” atmosphere and fourteen short years later Wallace Consolidated School would be closed to comply with an integration policy for public schools.